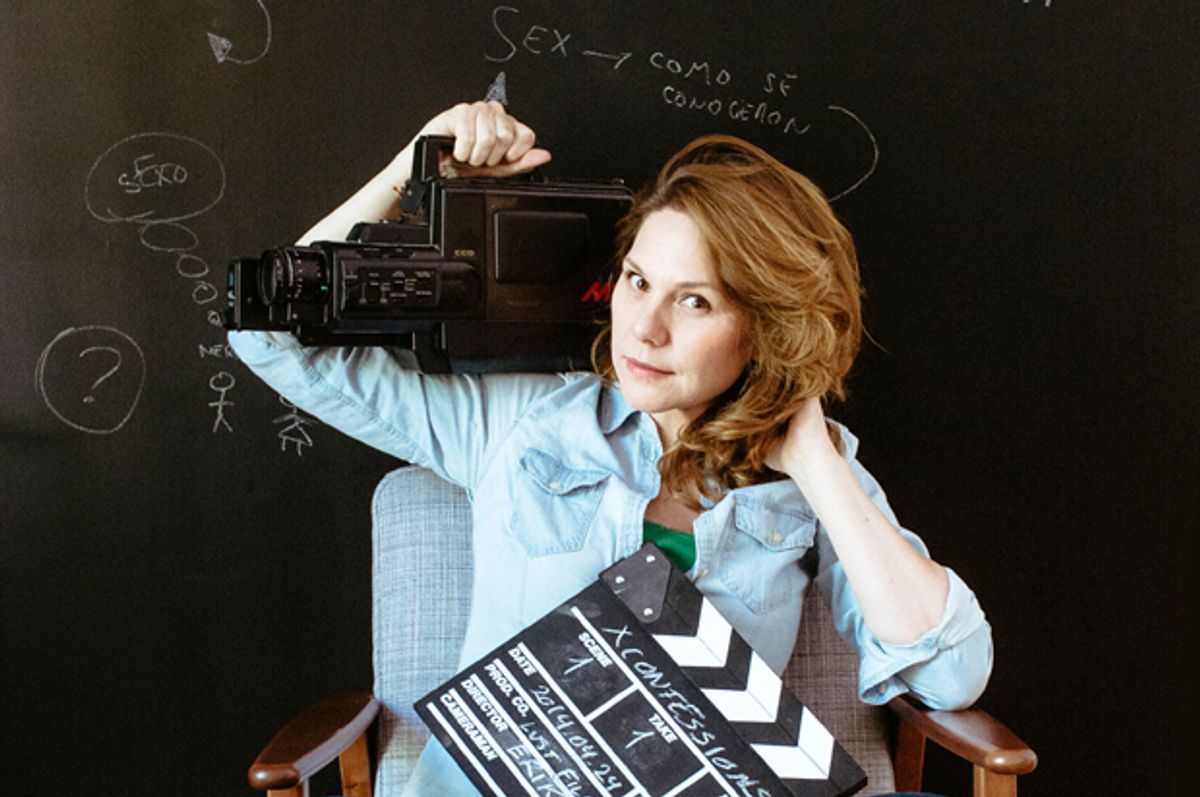 If I've learned anything as a sex writer, it's that people treasure their fantasies. Of course they are also ashamed of them, but that rarely lessens the degree to which they are impressed by them. Like dreams, fantasies distill our internal desires and struggles into powerful symbols that can be fascinating to decode; and despite how idiosyncratically weird they can be -- or at least, we tell ourselves that because it adds to the thrill -- they also are so often on some level universal. That's certainly true of the submissions on Lust's site.

Sometimes, they are  real-life experiences that people want to see preserved on film. “I once engaged in a one-weekend experience with some vegan guru,” writes one woman. “He had some interesting recipes for smoothies, a lot of charisma and, let’s face it: he looked hot in the pictures.” She ended up at a nudist getaway with the Guru, and it wasn’t long before he was licking tomato juice off her naked body in the middle of a vegetable garden. “He took me to a tree and I grabbed a branch and he took me from behind, we fucked like Adam and Eve under a lazy sun,” she wrote.

Many of the submissions are surprisingly creative, as though the confessor is intent not just on the thrill of exposing a personal secret but on actually entertaining readers with their story -- consider one titled, “I AMA VERRY BADX SECVRETARY,” a typo-laden confession written by a “secretary” who is being punished. Some are even poetic:

She is gone, but I still want her. I want every inch of her beautiful body.
Her white velvet skin, the taste of her tongue, the smell of her hair, the way she fit into my arms, the ecstasy she gave me.
Three years later and I’m not over her, or the sex that we had. I’ve tried to move on with other people, but she’s always on my mind.
I’m left with her home videos, which I watch more and more these days. I know I should stop, but I can’t.
I miss you Anna.

It would be hard to overstate how refreshing these ideas are in contrast to the rote fare of mainstream porn. Sure, the submitted scenarios have their share of clichés, but there is something undeniably authentic about these deeply personal and particular fantasies. And Lust brings them to life in a decidedly artful and cinematic way. From the lighting, to the set, to the actors -- we're talking J. Crew-handsome men, only more rugged and with better facial hair, and gorgeous European girls with enviable bangs -- you feel like you're watching an art house film, only eventually everyone gets naked and has sex. It's great.

I spoke with Lust about what's she's learned from sifting through strangers' sexual fantasies and why she doesn't consider herself a pornographer.

Where did the idea come from for this project?

Every time I go to a dinner party or meet new people and I tell them what I do for a living, invariably someone says, "Oh, I have this story, you should turn it into a movie." This has happened to me so often that we decided to have a website where people could share, PostSecret style. At first the idea was only to have a website, and maybe create some community about our fans. But then I realized it would be great to choose amongst those confessions which ones should be shot.

I would think that it boils down partly to the appeal of crowdsourced things in general -- sharing, collaborating, improving on one’s own knowledge and experience -- partly to the appeal of sex in particular, and partly to the unique intersection of these two things. Everyone’s a bit of a gossip, so it’s always interesting to discover what other people fantasize with, and since everyone is also a bit of an exhibitionist, being able to confess something anonymously is a great opportunity.

Have you noticed any themes in the fantasies that people write in with?

Why do you think infidelity is a theme in the confessions? What is it about infidelity that has such a broad appeal?

I've recently read "Mating in Captivity" by Esther Perel, a book that I strongly recommend for anyone who wants to learn about infidelity. She explains that long-term relationships are about confidence, love, proximity and comfort, and all those values are killing eroticism. Passion and sex and attraction are all about mystery, about the unknown. That is why infidelity is such a thing in today's society.

What have been your personal favorite fantasies?

It really changes from day to day, but maybe I’d single out "The Couchsurfer" [a woman really hits it off with her houseguest] and "Dude Looks Like a Lady" [a woman dresses up her man in makeup, a wig and stockings], because they are both everyday fantasies and have a sweet element to them. But if you ask me tomorrow I may mention another two.

Any that surprised you?

Which one has made for the best short film thus far?

It’s so hard picking just one. Out of the latest, maybe I’d choose "The Art of Spanking," because I loved it from the moment I read the confession. And it allowed us to play on so many levels: The subject matter is almost literally naughty, we are seeing a fantasy within a fantasy, there’s the art direction ... I don’t want to give away too much of it, though.

How do you go about choosing your models? They are all so exquisitely unlike what you see in mainstream, L.A.-based pornography. Is there a certain look or aesthetic that you go for?

I look for people that look like you and me, different body shapes, different ages, different personalities, different races. I try to avoid the porn-plastic-looking guy or girl. Luckily for me, a lot of great new performers approach our production company every day. By the way, anyone wanting to have an opportunity should email casting@lustfilms.com.

Do you mostly hear from men or women? Do you notice any general difference between the fantasies submitted by men and women?

Why do you think people enjoy sharing their fantasies in this sort of public forum?