"It's on us": Whoopi Goldberg urges New York voters to back the Working Families Party 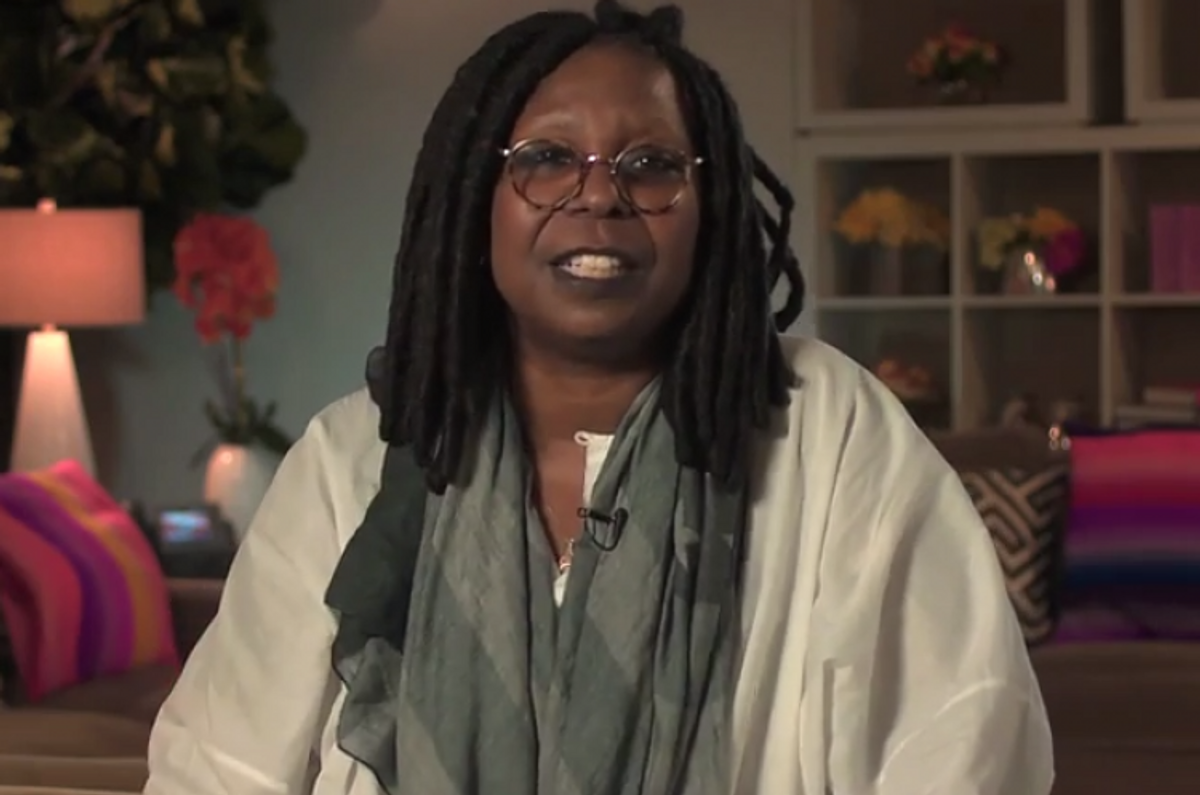 Actress, comedian, and "The View" moderator Whoopi Goldberg urged New York voters in a video released Friday to vote the Working Families Party line in next week's elections, hailing the labor-backed party as "the progressive party that believes New York should be for everyone."

The 16-year-old WFP seeks to pull New York's politics to the left on issues like paid sick leave, the minimum wage, taxation, and policing tactics. The party typically runs Democratic candidates on its ballot line, but the WFP nearly denied its nomination to Democratic Gov. Andrew Cuomo late this spring over the Wall Street-backed centrist's tacit support for a GOP-controlled Senate and his conservative economic policies. After Cuomo agreed to campaign for a Democratic Senate and threw his support behind a higher minimum wage, campaign finance reform, a state-level DREAM Act, and a Women's Equality Act, the WFP gave Cuomo its nod, jettisoning progressive challenger Zephyr Teachout.

Left-liberals, including the editorial board of the Nation, are calling on voters to pull the lever for Cuomo, state attorney Eric Schneiderman, and state comptroller Thomas DiNapoli on the WFP line, arguing that a strong WFP showing will pressure Cuomo to push the progressive agenda he outlined when he captured the party's nomination. The party must garner at least 50,000 votes to secure permanent ballot status in the next election, and there's mounting evidence that Cuomo, uninterested in advocating for the WFP's policy priorities, is seeking to depress support for the party. The governor launched a Women's Equality Party earlier this year, drawing criticism that its establishment was aimed at punishing the WFP. Moreover, in a radio interview this morning, Cuomo lumped the WFP in with what he called the state's many "fringe" parties.

But if Goldberg has anything to say about it, the WFP will turn in a strong showing Tuesday night.

Lauding the WFP's support for paid sick days, a living wage, and public transit, Goldberg says in the video, "This Election Day, I want you to go to the polls and I want you to vote with the Working Families Party."

"The Working Families Party is the progressive party that believes New York should be for everyone," she continued. "It’s on us. We can’t wait for them until we elect them," Goldberg concluded.

Watch Goldberg's appeal on behalf of the WFP below: