There is no magic voting machine (that also incinerates money) 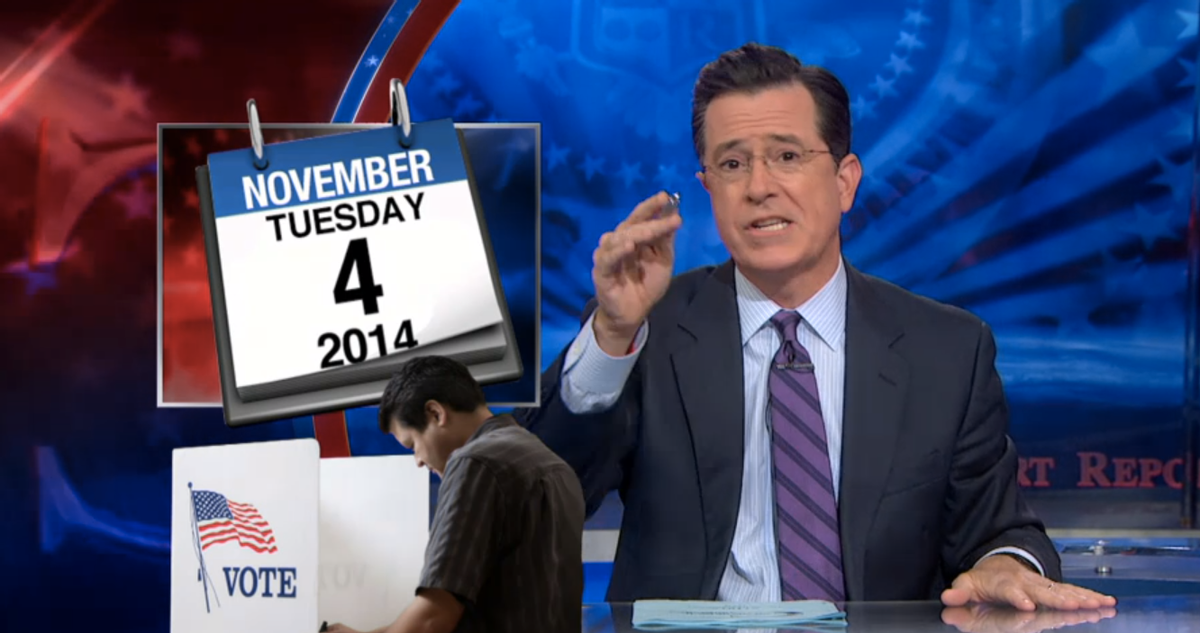 On Thursday night, just moments after Stephen Colbert announced the date of his final show, the comedian again proved why he is so important to our political atmosphere.

Colbert discussed the overwhelming apathy surrounding the midterm elections -- even newscasters seem tired of reporting on a democratic event that has huge political ramifications. Colbert also points out the outrageous amount of money spent on this election, despite the fact that few people seem to care.

Inspired by an old "Star Trek" episode, Colbert has a new idea about how voting should take place: A machine. A "Star Trek" icon, however, strongly disagrees with Colbert's approach and gives him an easier solution: Vote. Watch below: