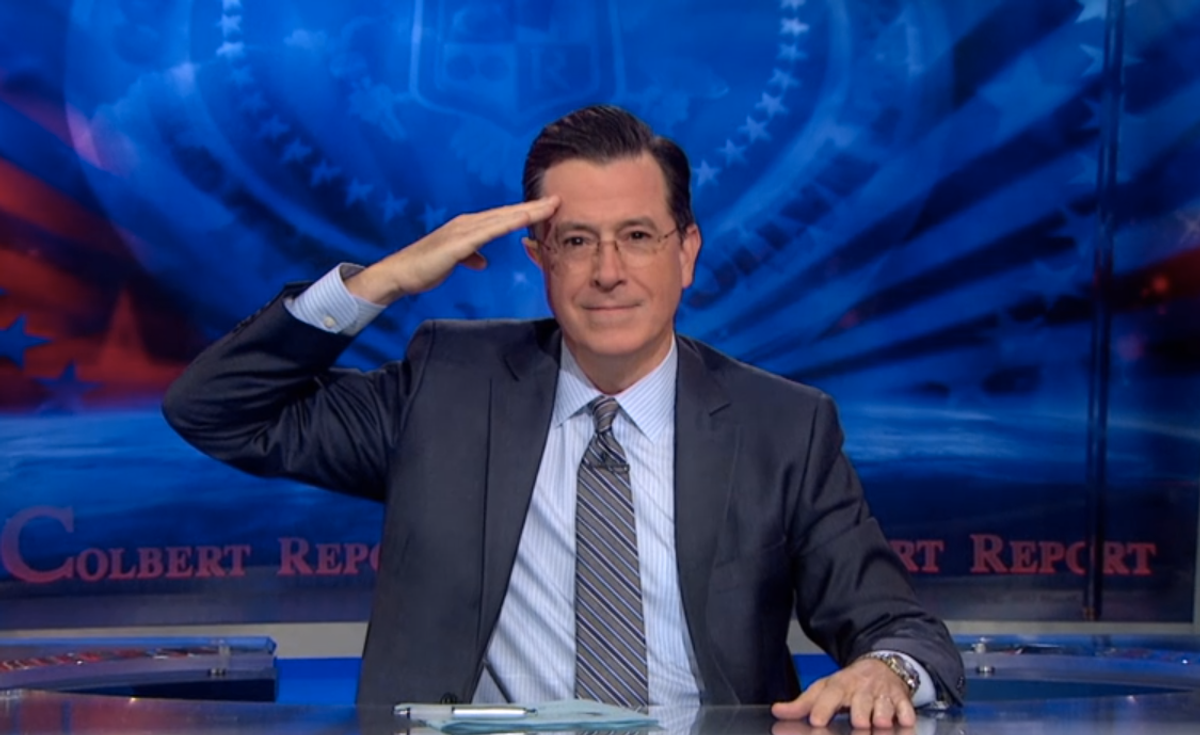 Just before the new year, "The Colbert Report" will air its final episode, and the world will lose one of its most valuable political satirists: Stephen Colbert.

On Thursday night, Colbert announced the date for the final "Colbert Report": Dec. 18, 2014. (And he made a push for folks to buy his book "America Again: Re-becoming the Greatness We Never Weren't.")

"Stephen Colbert, the guy you've seen here every night for nine years, will be gone," Colbert reminded the audience. "All you'll have left of me is this book."

"So pick up 'America Again' in paperback for a loved one. Or for a hated one. Go to your local independent book store, because I have a longtime war against Amazon, and I will never relent. Or — buy it on Amazon, because, you know, just buy it."

Colbert will leave his character, the freedom-loving staunch "independent," molded in the satirical image of "Papa Bear" Bill O'Reilly, and take over hosting "The Late Show" on CBS in 2015.