Gamergate's infuriating myth: Why searching for common ground is a big mistake 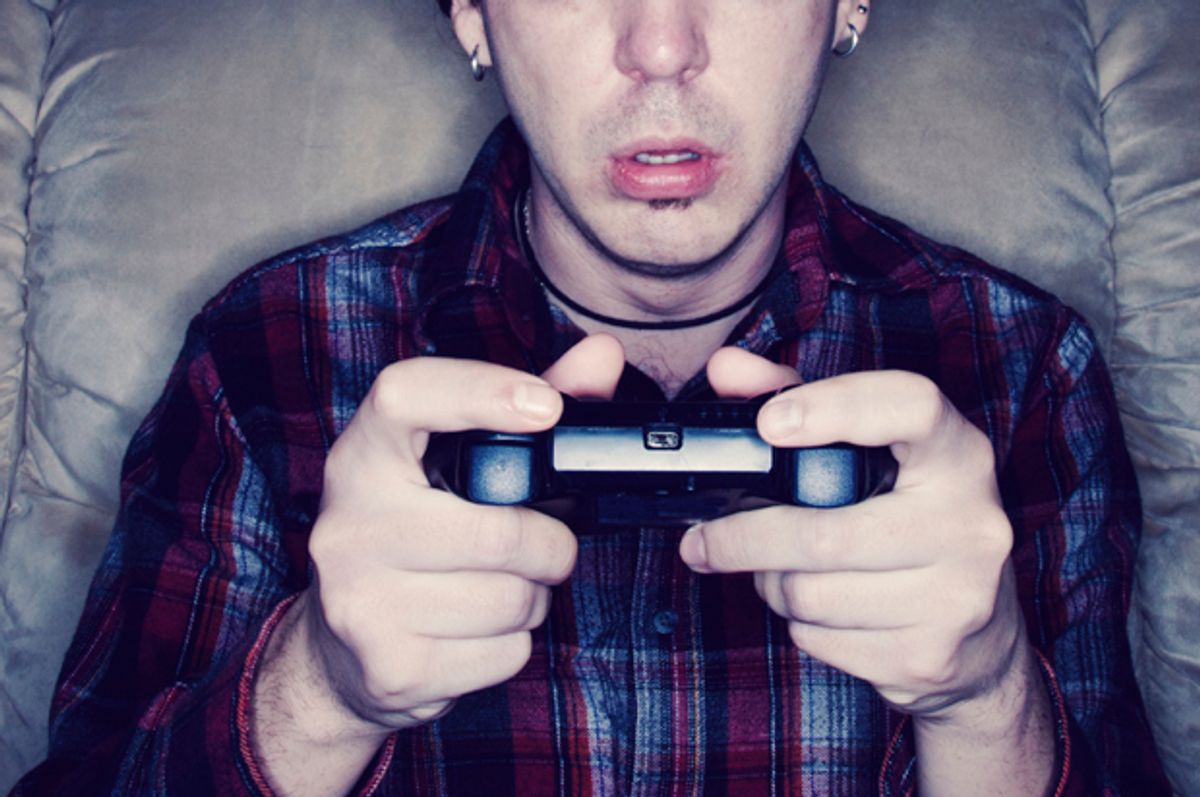 Aware, no doubt, that election season is about to end (and worried, perhaps, that the past year of expensive nothingness hadn’t quite made the point), the Universe reminded us this week that U.S. politics is hopelessly broken by giving us an essay so riddled with one of our signature neuroses, it could only have come from America itself. But while you can blame Slate for running this wrongheaded piece on “ending” Gamergate, when it comes to suffering from the mental tic that is its undoing — the pathological need to find a “moderate” position between any two warring sides — its author, David Auerbach, is hardly alone.

Searching for a happy middle ground in spite of voluminous evidence that none exists is something we all do, from time to time. It’s a sensible response for those who, like many of us, find disagreement psychologically difficult. And Auerbach’s piece isn’t an especially silly or poorly argued example of the phenomenon. But by humoring the impulse in the context of the ostensibly non-political Gamergate, Auerbach has shown why adhering to the cult of moderation isn’t just something we do, but something we should stop.

First, for the uninitiated (if there are any left): Gamergate is the word the culture has decided to use to describe an ongoing and decentralized Internet “movement” that, depending on who you ask, is either actually about ethics in games journalism, or truly about driving women, LGBTQ people and minorities from the straight-white-male-dominated video game realm. The backstory is long and sordid and tedious, so rather than wade through all that detritus, I’d recommend you read this great essay from Deadspin’s Kyle Wagner, which rightly positions Gamergate as simply the latest iteration of America’s never-ending culture war.

There’s another word you can use to describe the “culture war,” however: politics. And maybe that’s why Auerbach, who usually writes quite adeptly on issues that don’t cross the line separating tech politics from mainstream politics, ends up making an argument that gives the folks supporting Gamergate (of whom, to be clear, he is no fan) too much credit. Once the Gamergate issue became folded into the larger culture war — once it became not about who did what but who is what: social justice warrior (SJWs) or gamer, feminist or troll — it became harder to resist the shoddy, moderation-is-magic thinking that so saturates our discourse on partisan politics.

If that shows us anything, though, it’s the problems with the way we talk politics; not how the way we talk politics can bring Gamergate to its “end.” In fairness, Auerbach never frames his argument that way; you’d have to be a fool to point to “Meet the Press” as a model of intelligent conflict resolution. Yet because Auerbach’s piece is largely devoted to how opponents of Gamergate can peel off the group’s so-called moderates, and how those fighting for a more inclusive games culture can reach them in a way that’ll “make these idiots less useful” to Gamergate’s most destructive partisans, it ultimately recommends that opponents of those who promote death threats against women find common ground with those who prefer to hold on to the ethical journalism fallacy, cover their ears and look away.

If we keep in mind that Gamergate is the name we’ve assigned to what is basically an ersatz social movement, which by its very nature can’t be defeated in the same way as a candidate or a bill — i.e., by compromising, sacrificing and lining up allies to win an up-or-down vote — the reason to humor the Gamergate moderates becomes more elusive still. Auerbach initially seems cognizant of this, writing that one “probably can’t kill Gamergate altogether, any more than you can kill misogyny.” Before long, though, he’s claiming that if Gamergate’s enemies “reduce the number of active Gamergaters through a strategy of divide and conquer,” they will chip away at the movement until it is “too small and rancid to appear appealing or effective.” For these moderates, apparently, promises of rape and murder aren’t quite rancid enough.

I understand that “moderate” is an inherently relative term, but what makes Auerbach’s use of it in this context so revealing, I’d argue, is how he wields it in order to argue that, fundamentally, Gamergate moderates are susceptible to persuasion and reason. These people (mostly men) make up “well over half the movement,” he estimates. And while a Gamergate moderate is unlikely to ever win Feminist of the Year, Auerbach claims they’re not dedicated reactionaries, either: “The moderates feel that they are unjustly maligned victims,” he writes, “and that Gamergate is their unfortunate port of last resort.” Through their eyes, the issue is not white vs. non-white, male vs. female, LGBTQ vs. straight. Instead, it’s “consumer vs. media and victim vs. bullies.” Speak to them in their own language, in other words, and they will listen.

But this is how we end up once again at the question of what it means to “end” Gamergate and why its opponents should care if its nominal moderates listen. Auerbach straightforwardly believes that if these moderates can be assured that the people who’ve always said their problem isn’t with video games but misogyny do, in fact, have a problem not with video games but with misogyny, “Gamergate starts dissolving.” Why we think people who have heretofore been irrational enough to defend Gamergate will, if they’re approached with submissive kindness, regain their senses, I’m not so sure. To put it lightly, the two examples Auerbach provides of the moderate mindset — one decrying a massive media conspiracy, the other sounding disturbingly similar to the distinctive j’accuse of a paranoid schizophrenic — do not fill my heart with hope.

By the end of the piece, Auerbach ends up in the exact same unfortunate position that the people who fetishize moderation in our politics so often find themselves in: offering a sweeping condemnation of both sides that negates any group or individual responsibility and lumps in reformers and reactionaries under the umbrella of society. Gamergate, Auerbach writes, has become “a convenient target of ostracism that serves to make the rest of us feel better about ourselves and non-Gamergate elements of society.” The many smart, thoughtful and valuable pieces written in support of a more inclusive, less sexist, more humane video game culture are lumped together by Auerbach with countless 4chan screeds and Reddit  threads as examples of the Gamergate controversy’s “endless flame wars that do nothing but prolong harassment.”

That, really, is about as clear a testament to the perils of fetishizing moderation as you're likely to get. Faced by Gamergaters on one side and SJWs on the other, Auerbach, following a pattern observers of American politics know all too well, maneuvers himself right into the middle. “In truth, we bear collective responsibility for these larger problems,” he writes. The women bombarded with violence and abuse, the men hurling invective at anyone challenging their privilege; spurred by his unexamined need to find common ground, both, Auerbach writes, should share in the blame.