The good news from last night: Here's what went right in the midterms

Obviously, progressives took a beating on Tuesday. But Scott Brown losing wasn't the only silver lining 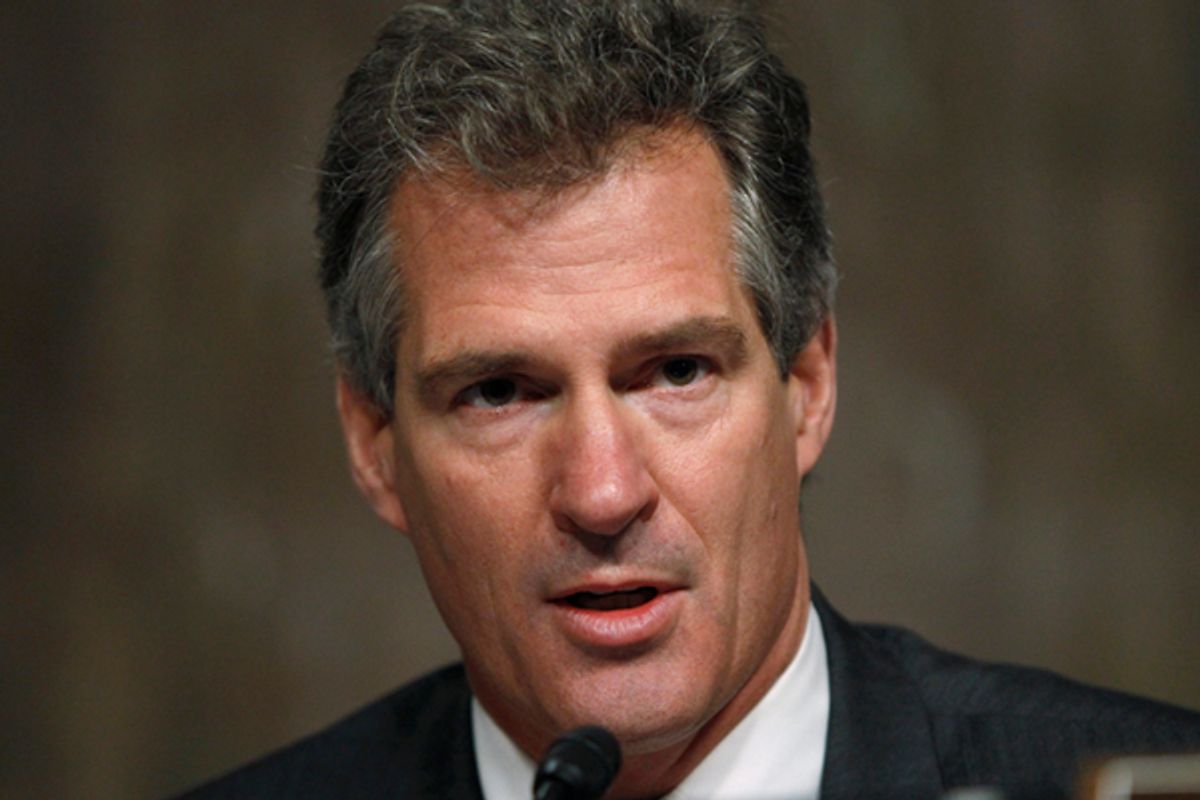 There's no way around it, so we might as well be frank: November 4, 2014 was really quite a terrible day for anyone who supports progressive politics. Sure, the most obvious of the many miseries was the Democratic Party's loss of control over the U.S. Senate — which probably shouldn't exist, anyway, but will certainly be worse (from a lefty's perspective) under the GOP. But it was also a pretty awful day for anyone who supports organized labor, reforms to legal immigration or increasing access to medical pot.

Nevertheless, hope springs eternal in the human breast: There were a few rays of sunshine on Tuesday, amidst all of those dark clouds. At least for those liberals willing to see them. So consider this list as a kind of palate cleanser or a pick-me-up — because when it comes to progressive victories in the 2014 midterm elections, this is pretty much all you're going to get. Here, then, are the four silver linings of the otherwise disastrous-for-lefties 2014 midterm campaigns:

Unfortunately, GOP Rep. Cory Gardner was able to profit from being incredibly slippery when it comes to his views on choice by defeating Democratic Sen. Mark Udall. But despite their fondness for Gardner, Colorado voters made clear (for the third time!) that they were not interested in mandating that state government views human life as beginning at conception. Much more surprisingly, voters in North Dakota, which is often at the forefront of the anti-choice movement, similarly shot down a personhood amendment to their state constitution. Coming at the end of a year that featured the Supreme Court's rulings on Hobby Lobby and abortion clinics in Texas, these victories may make those losses marginally easier to take.

Yes, as we noted above, medical pot went down to defeat in Florida on Tuesday (only because it required altering the state constitution, which necessitated winning with at least 60 percent) but it also passed in Guam, and recreational pot did even better than that. Oregon became the third state in which voters opted for legalization, and it was revealed earlier in the evening that Washington, D.C., did the same. Overall, the results in November did little to ruin what for the legal marijuana movement has been a pretty good year — and most anything that leads to more decriminalization, and the ultimate winding down of the War on Drugs, is to be celebrated.

This one is admittedly petty, but there was something undeniably satisfying about seeing the former Massachusetts GOP senator lose in squeaker against Democratic Sen. Jeanne Shaheen. Brown was a carpetbagger (not that there's anything wrong with that) but more than that he was a glib demagogue, and all too happy to run a cynical and hysterical campaign of xenophobia and fear in the Granite State. Corbett, meanwhile, was just a disaster as the governor of Pennsylvania. And the fact that he probably resorted to race-baiting tactics from circa 1980 out of embarrassment over being the first governor of the Keystone State in modern history to lose a bid for reelection does not make it even a little bit more OK.

Last but not least, there was welcome news about economic policy from four of the most ruby-red of Republican states: In Arkansas, Nebraska, Alaska and South Dakota, voters chose decisively to hike the minimum wage. Arkansas will soon be implementing a minimum wage increase plan that some pundits think will immediately be among the most progressive in the entire country, and voters in the other three states were so clearly in favor of the idea, there's reason to think this the start rather than the finish of raising the wage-floor in their states. If more GOP states follow down these four's path, it'll get harder for Republican politicians to sidestep the issue.