The truth about coffee and tea: Which is really better for your health?

The age-old question is finally answered 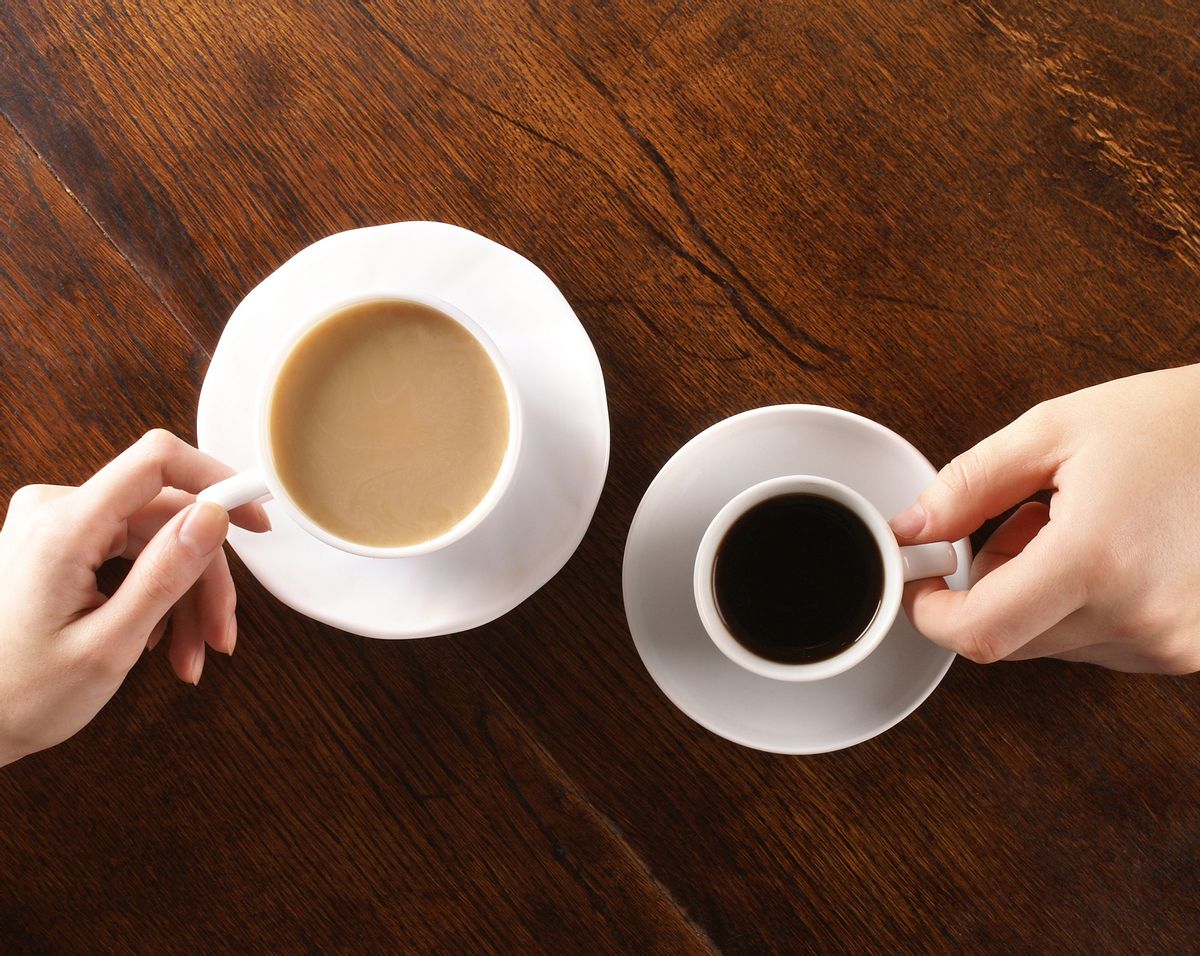 It’s an age-old question: What’s better for you, coffee or tea? Even back in the 18th century, inquiring minds wanted to know. King Gustav III of Sweden, being of the belief that coffee was poisonous, devised an interesting experiment to answer the question definitively. He found two identical twins in prison, both sentenced to death for crimes they had committed. Gustav III commuted their sentences to mere life imprisonment (which was no picnic either, given prison conditions back then).

In return for his kingly generosity, the twins had to agree to participate in an experiment: One twin had to drink three pots of coffee a day. The other had to drink three pots of tea a day. Two court physicians were procured to oversee the experiment. Sadly, the physicians died before the experiment was over, as did the king, who was assassinated in 1792. Had he lived, he would have seen the tea-drinking twin live until the age of 83. The coffee drinker? He lived even longer, although we don’t know exactly how much longer. Score one for coffee, if you believe in the efficacy of 18th-century science.

In terms of which is more popular, if you look at numbers alone, tea wins, hands down. While 1.6 billion cups a day of coffee are consumed on planet Earth, twice as many cups of tea are consumed. In the U.S., however, coffee reigns supreme, with Americans consuming $10 billion worth of coffee, against about $2 billion worth of tea. Tea consumption is rising fast in the States, however. Sales of tea have risen for more than 20 years running. The Tea Association of the USA reports that on any given day, 160 million Americans drink tea, hot or iced.

A lot of people believe they should cut down on their caffeine intake. The common belief is that caffeinated beverages in general will dehydrate you. It's not true. As far back as 1928, tests were conducted to ascertain the truth of caffeine’s effects on hydration. In that early test, three men (admittedly a small sample) were required to drink four cups of coffee a day. They also drank tea, water and caffeine-infused water. Measuring their volume of urine, there was no ultimate difference in liquid elimination from the body.

In more modern-day studies, such as one done by Lawrence Armstrong at the University of Connecticut, where 10 different studies were compared, it was found that caffeine was at most a mild diuretic, and in most cases, the volume of urine excreted was the same, regardless of whether caffeine was consumed or not. Similarly, the National Institutes of Health found in a controlled experiment that drinking black tea or drinking water was essentially the same, as far as keeping your body hydrated. Another study by the Institute for Scientific Information on Coffee (an industry study group) reported in a peer-reviewed journal that drinking four cups of coffee a day hydrated the body no differently than an equal amount of water.

Black, green, white and oolong teas are made from camellia sinensis tea leaves (as opposed to herbal tea, which is not technically tea, and is generally not caffeinated), and contain substances known as flavonoids, which many studies have linked to healthful benefits. Chinese emperor Shennong wrote about the benefits of tea as far back as 2737 BCE. A United Kingdom nutritional study linked tea consumption to lesser instances of heart disease and some cancers.

Another study on both tea and coffee published in a medical journal came to similar results regarding heart disease. Other ingredients in tea, known as catechins, were linked in an Australian study to stronger bones and lower incidents of osteoporosis. These same catechins are linked to better muscle endurance. A 2004 study in Taiwan, which appeared in the Archives of Internal Medicine, found that those who drank four to 20 ounces of tea for at least a year had a 46% lower chance of developing high blood pressure. An NIH study linked tea drinking with a lower incidence of Parkinson’s disease. The NIH also has indicated that tea may be helpful in preventing Alzheimer’s disease.

"Drinking tea is actually better for you than drinking water," says Carrie Ruxton, a public health nutritionist at Kings College in London. "Water is essentially replacing fluid. Tea replaces fluids and contains antioxidants so it's got two things going for it…even if you had a really, really strong cup of tea or coffee, which is quite hard to make, you would still have a net gain of fluid [i.e. your body retains more than it excretes]. Also, a cup of tea contains fluoride, which is good for the teeth."

The International Food Information Council Foundation reports that, “For the healthy adult population, moderate caffeine consumption of 300 mg per day is safe and can even have beneficial health implications as a part of a healthful diet and physically active lifestyle.”

In fact, caffeine may be so good for you that it cancels out the harmful effects of bad habits. Asians smoke more than anyone else on the planet, and yet the incidence of cancer and heart disease is lower than in most countries. This has been referred to as the “Asian Paradox.” Bauer Sumpio, chief of vascular surgery in the Department of Surgery at Yale University in New Haven, Connecticut, produced a report in the Journal of the American College of Surgeons suggesting that the high consumption of green tea in Asia (as much as 1.2 liters a day) may be responsible for the Asian Paradox. The presence of high levels of polyphenols in the green tea (and other teas) seems to be the agent protecting the tea-drinking smoker. Polyphenols are effective antioxidants that destroy free radicals in the body (which can otherwise damage DNA).

So tea is good for you, apparently. How about coffee? Turns out that coffee offers much the same healthful benefits as tea. Various studies indicate that coffee offers a level of protection from some cancers (including breast cancer, prostate cancer, liver cancer and skin cancer). Earlier studies had once indicated coffee actually caused cancer, but Donald Hensrud of the Mayo Clinic explains, “Earlier studies didn't always take into account that known high-risk behaviors, such as smoking and physical inactivity, tended to be more common among heavy coffee drinkers at that time."

It has been shown subsequently that up to six cups a day of coffee have no link to death from heart disease or cancer. A Harvard School of Public Health study found a link between coffee drinking and up to 35% lower incidence of Type 2 diabetes. A Portuguese study found coffee lowered the risk of Parkinson’s disease. A Finnish/Swedish study found coffee drinkers had lower risks for dementia and Alzheimer’s. A Duke University School of Medicine study found caffeinated beverages like coffee and tea may help protect your liver from disease. The American College of Obstetricians and Gynecologists found that drinking up to 12 ounces of coffee a day had no effect on a pregnancy, as far as miscarriages or premature births are concerned. "Given the evidence, we should reassure our pregnant patients and let them know that it's OK to have a cup of coffee," said William H. Barth, Jr. of the ACOG.

So no bad news at all about tea and coffee? Nothing alarming, but there are certainly things to watch out for:

Other interesting facts about coffee and tea:

So what is the answer, coffee or tea? While remembering that the health links between the two beverages are not definitively causal (i.e. there is no clinical proof that drinking tea or coffee directly causes the healthful effect), if you are looking for the most healthful benefit possible, tea is probably the winner. But coffee is no slouch either. And there is the somewhat unquantifiable factor that these beverages make people happy, which is also good for your health. As with all things health, moderation is key, but go ahead and have that soothing, and surprisingly healthy cup of tea or java, guilt-free.