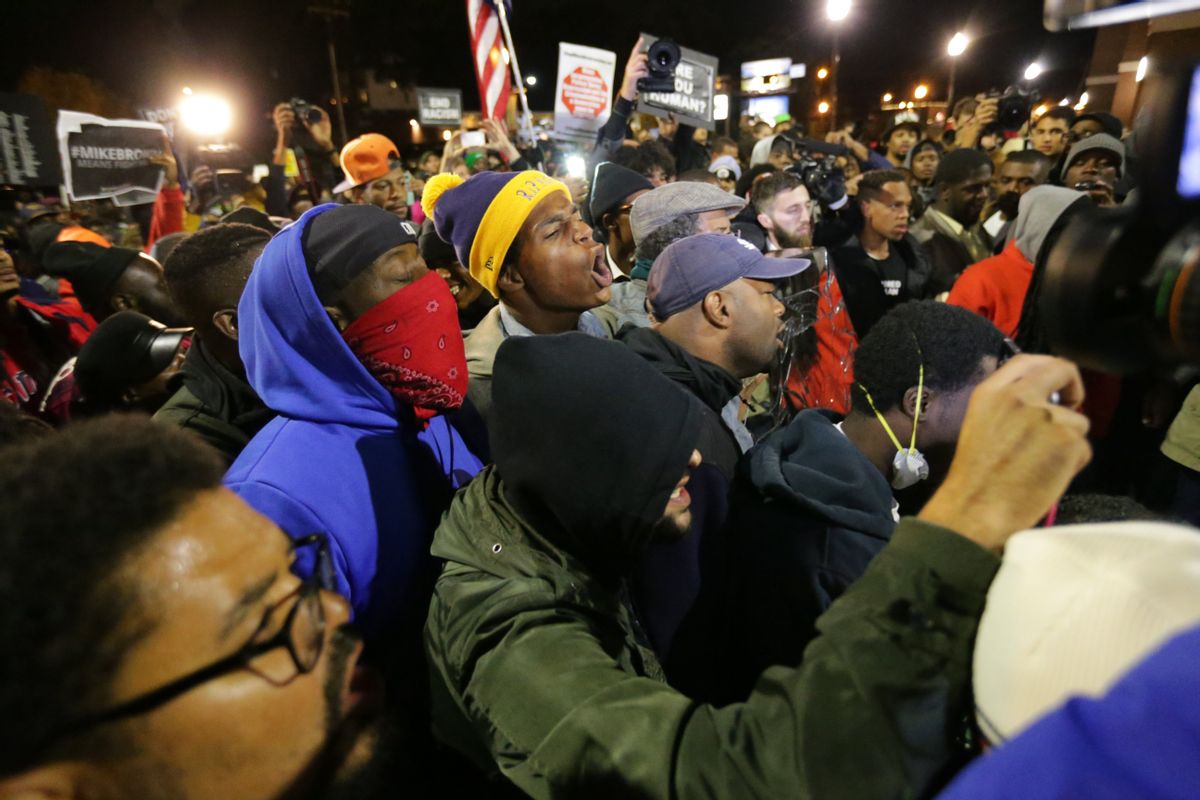 As a grand jury prepares to decide whether Officer Darren Wilson will be indicted for the death of Michael Brown, residents of Ferguson, the St. Louis suburb, are getting ready for the worst-case scenario.

"I bring an extra gun [to work] now only because it has a bigger magazine," said Dan McMullen, a Ferguson insurance broker, in an interview with CNN. "So maybe I get trapped here or something and have to have a John Wayne shootout ... That's the silly part about it: Is that going to happen? Not a chance. But I guess, could it? I'm the only white person here."

CNN's Jason Kravarik and Sara Sidner also spoke with Steven King, owner of Metro Shooting Supplies, who told them that while a usual weekend will see about 30 visitors, this weekend customers bought 100 guns.

"A lot of black people coming in saying they are afraid of the hooliganism," he said. "But not all of Ferguson is hooliganish. The media portrays us that way. If the world can just see this is one little street in Ferguson going crazy, they'd understand that we're not just one big burning city."

Gun sales at Metro Shooting Range in a nearby suburb were also up by 40 to 50 percent last week.

Meanwhile, the St. Louis County Police Department has been stocking up on equipment in case protests turn violent as they did this past August. According to the Associated Press, the department has spent $65,000 on riot gear and $35,000 to restock its pepper spray, smoke canisters and rubber bullets.

St. Louis County Police spokesperson Sgt. Brian Schellman says they aren't taking any chances: "It only takes one in 10 with bad intentions to make the entire situation spiral out of control."