Woman pretends to be drunk and asks for help, is approached by gross men being gross

As with the catcalling video, people seem to be responding to this "social experiment." But what about real stats? 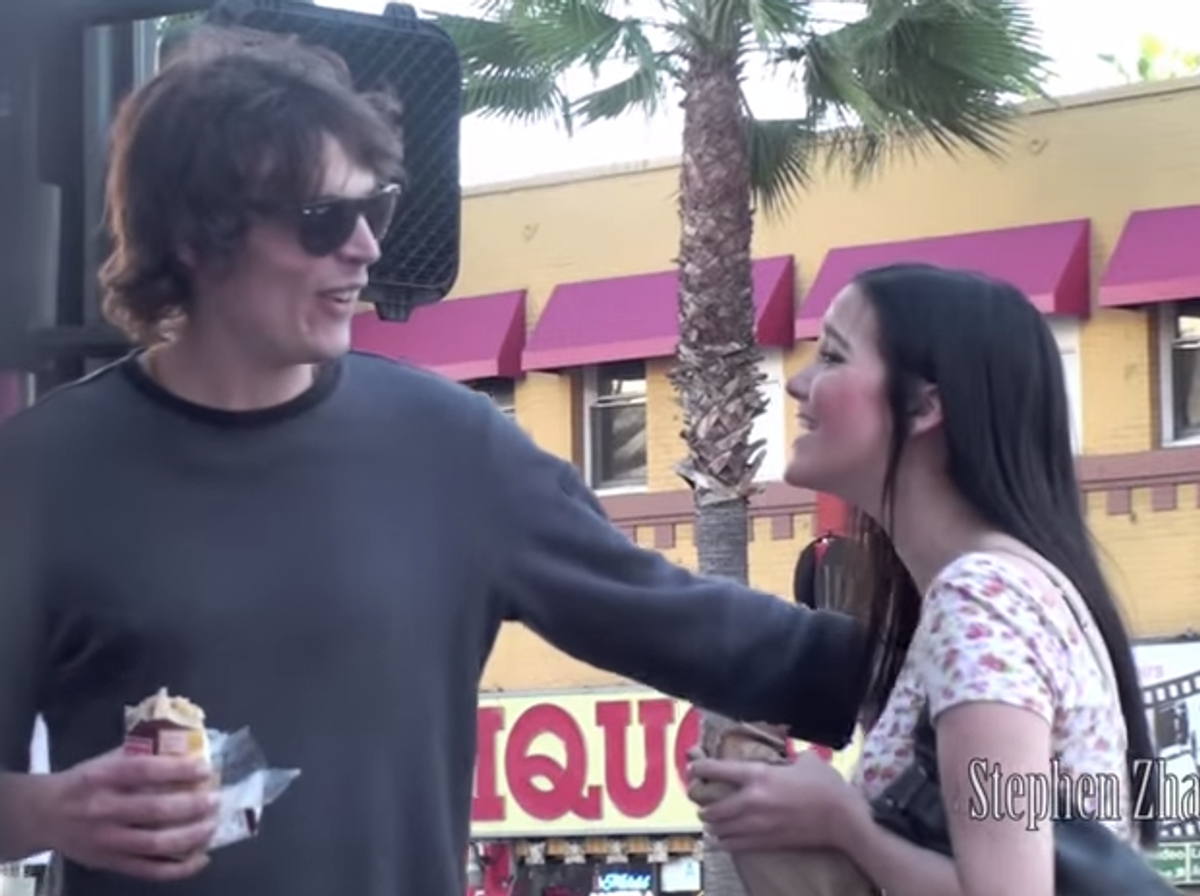 Here is a trend I am noticing: one where women star in viral videos meant to illustrate some instance of basic-but-often-unnoticed sexism. You might have noticed it too. One example would be the contentious "catcalling video" that made the rounds two weeks ago, highlighting the street harassment many women (especially in New York) face when they walk around in public. Another, originally posted on Total Frat Move, popped up this week, of a woman feigning drunkenness on Hollywood Boulevard in order to see if any strangers would help her get home -- or if they would just try to take advantage of her, which is exactly what most of the men did.

Cynical people, such as myself, might be quick to say that the outcome of this second "social experiment" is not surprising; of course people behaved deplorably, because that's the world, isn't it? But more practical people might be quick to say exactly the same thing. As Hillary Crosley points out at Jezebel, the video in question wasn't conducted in a controlled environment, but rather in "one of America's murkiest places to prove that people are gross." So, yes, of course people behaved deplorably; that's how they're known to behave on Hollywood Boulevard, unfortunately.

But you know where else people have been known to behave deplorably? Where else young men commonly attempt to corral intoxicated young women toward their homes, presumably to take advantage of them sexually, just like the strangers included in this new social experiment? Why, on college campuses! It happens so frequently, in fact, that approximately 1 in 5 undergraduate women is sexually assaulted. Unfortunately, that statistic doesn't seem to have as many people clucking their tongues as do these clicky videos.

Many of those sexual assault survivors, that 19 percent, have started to speak up about their universities' overwhelming failure to help them find justice and closure, and they've staged protests to make themselves heard. The Carry That Weight movement, which began at Columbia University, recently initiated a day of action to rally survivors, many of whom gathered on college campuses with dorm mattresses meant to illustrate the physical, emotional and social burdens they've been forced to carry. They are rallying to illustrate the same root problem we're supposed to see in these taped social experiments.

But while people shake their heads in disgust at the behavior of four men on Hollywood Boulevard, over a video meant to elicit exactly that response, Columbia is fining the students who organized the national day of action $1,500 for their protest. That sort of abhorrence might seem more fitting of Hollywood Boulevard -- but it's much more common than many people seem to think.

Watch the new "social experiment" below: