"I'm so glad all of us, everyone, collectively, kept our cool" 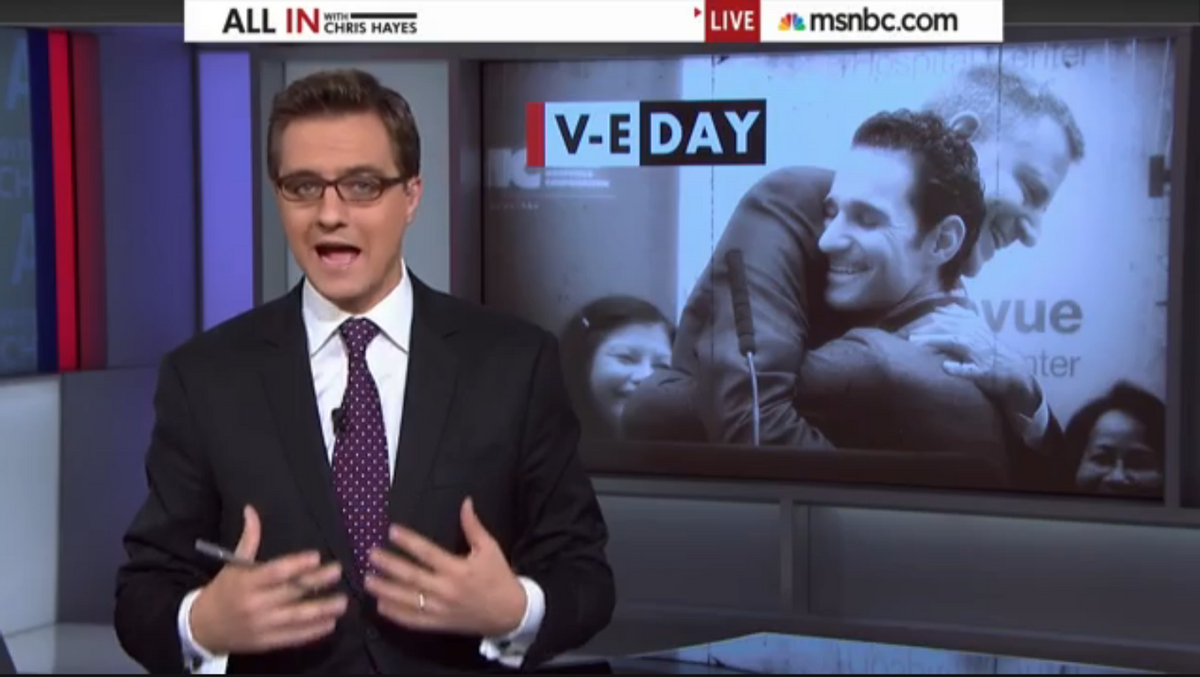 On Tuesday evening's edition of "All In With Chris Hayes," the MSNBC host celebrated the United States being Ebola-free, due to Dr. Craig Spencer's release from Bellevue Hospital, with a big screw you to his cable news competitors.

"Public health experts said all along that Ebola would very likely be contained in the U.S.," said Hayes. "You know, I think that's why all the commentators and pundits were so calm and rational about Ebola, instead of panicking or trying to score political points."

He then showed a super-cut of cable news personalities freaking out about the disease, ending with Fox News' Jeanine Pirro's statement, "You don't want us to panic? How about I don't want us to die?!"

"Well done, everyone, take a bow," Hayes said. "I'm so glad all of us, everyone, collectively, kept our cool."