Jon Stewart mocks "gang-sign" controversy: "All this time, I've been the lead-in for a notorious gang member" 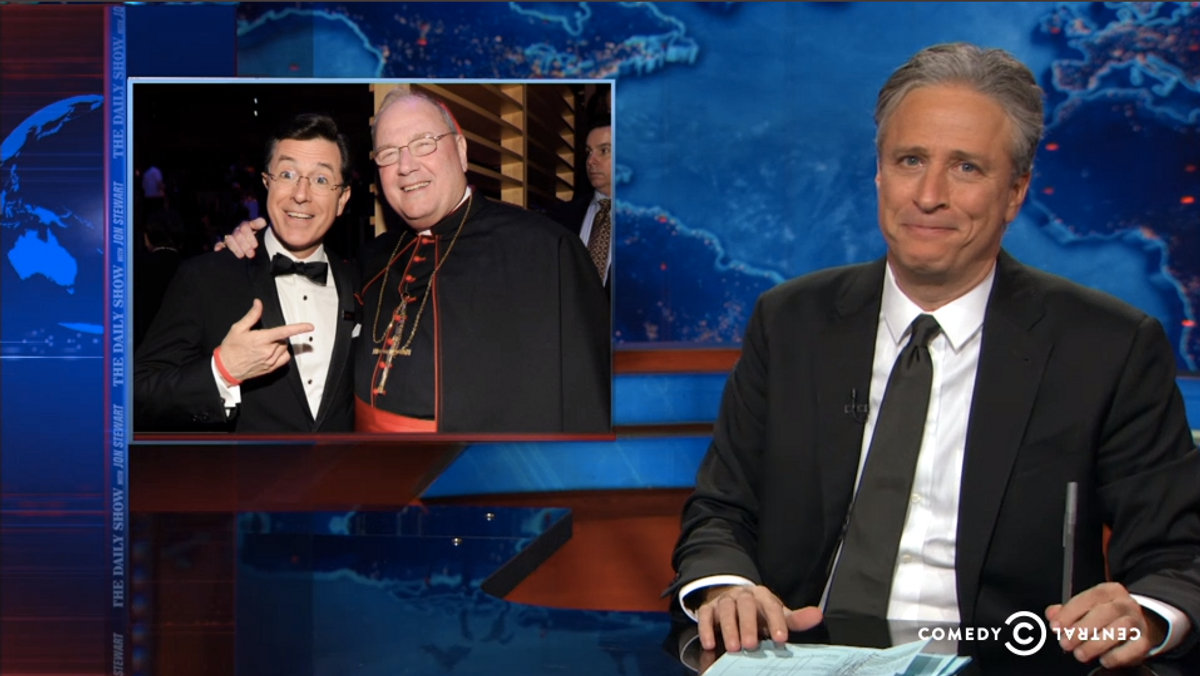 If you're not up to speed on overblown controversies, here's your primer: Minneapolis Mayor Betsy Hodges was out with volunteers getting out the vote. She posed for a photo with an African-American male volunteer, where they pointed at each other. A local news station picked this up and stated that Hodges was doing a known "gang-sign."

The entire thing is ridiculous, and Stewart pointed that out by displaying a photo of Stephen Colbert doing the same hand gesture. "All this time," Stewart cried, "I’ve been the lead-in for a notorious gang member!"

Frustrated by the entire non-controversial hullaballoo, Stewart updates the list of "innocent things that black people do that look suspicious." The list is heavy as it includes reaching for a wallet, sitting in a car, knocking on a door asking for help, holding skittles. Watch below: