And this guy is being elected into positions of power 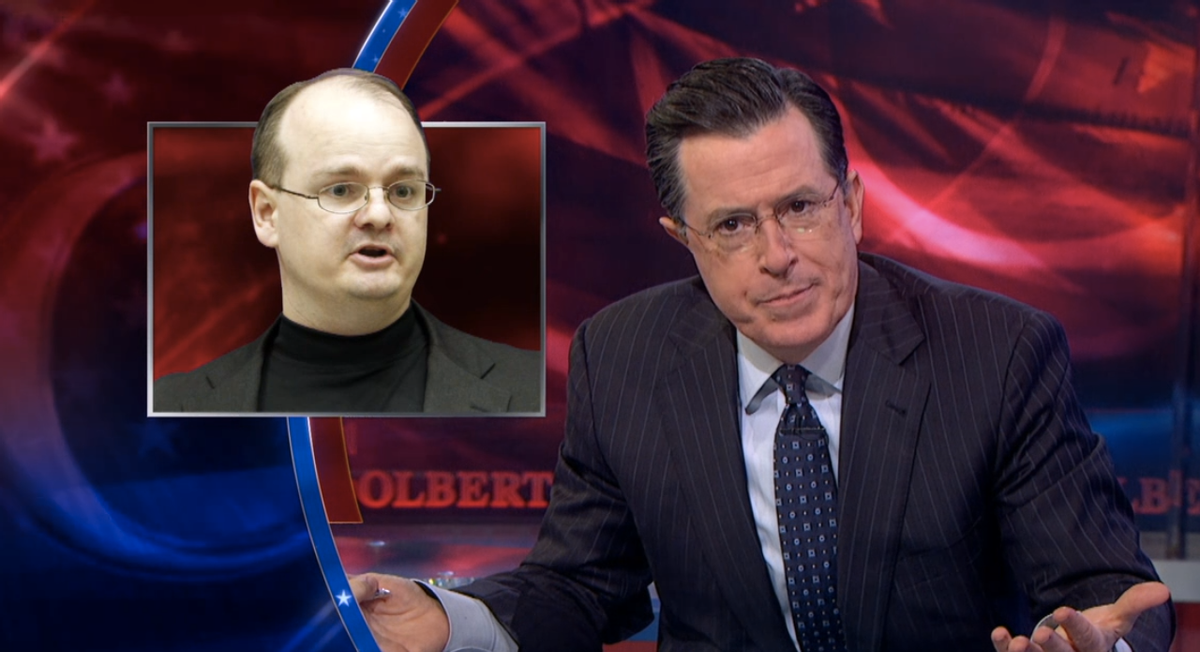 Segments like last night's "Mr. Smith Goes to the State Legislature, Then Later Possibly Washington," on "The Colbert Report" remind me how invaluable the conservative blowhard Stephen Colbert is. (And how much I'm going to miss him.)

In this segment Colbert did an in-depth look at Colorado Republican Gordon Klingenschmitt, whose Pray in Jesus Name Project was listed as an anti-LGBT hate group by the Southern Poverty Law Center, and whose YouTube videos are filled with hate speech.

This man was also just elected to the Colorado Legislature. So while it may be easy comedy to mock a guy who believes President Obama is possessed by the devil, Colbert brings up the important point that this man with his troubling views is now in a position of power at the state Legislature, "then later possibly Washington." Watch below: