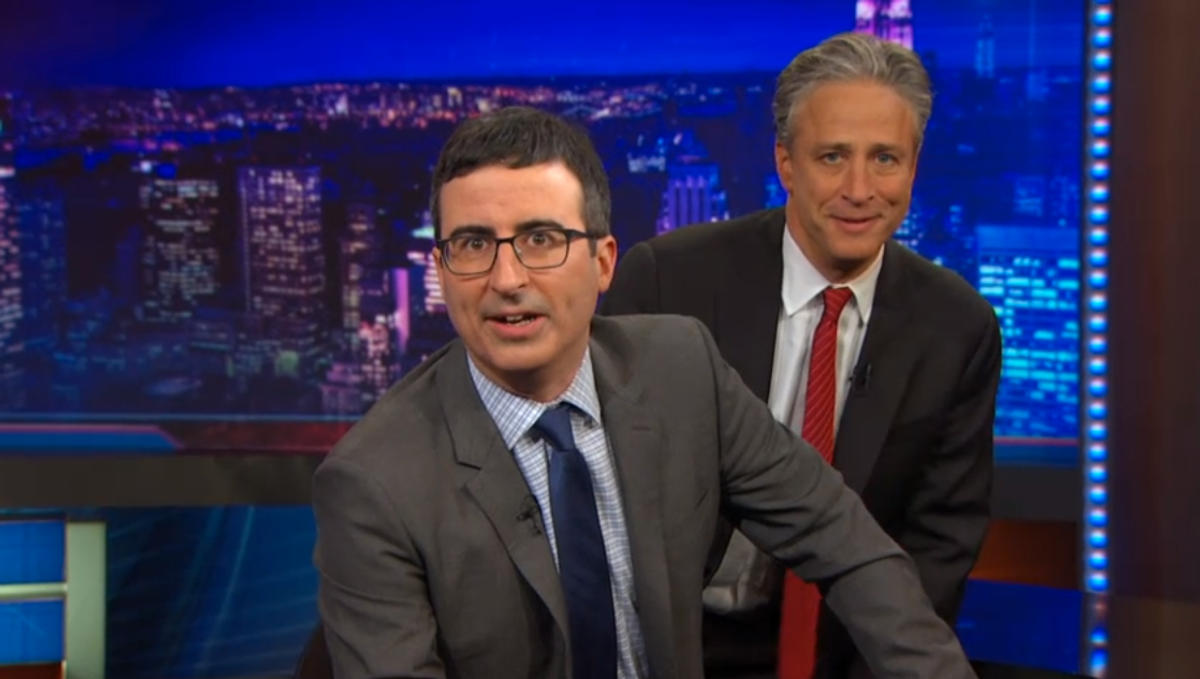 Stewart felt odd hosting and promoting, so John Oliver was summoned (via Darjeeling tea, from a teapot sporting the queen's image) to step up to the plate once more -- and it was hilarious.

Back in his non-premium cable chair, Oliver proceeded to lead the audience through the special programming, including interviews with Jason Jones, Maziar Bahari, Jon Stewart and more. The best part, however, was seeing the gang back together again. Watch below:

And watch the first interview here: