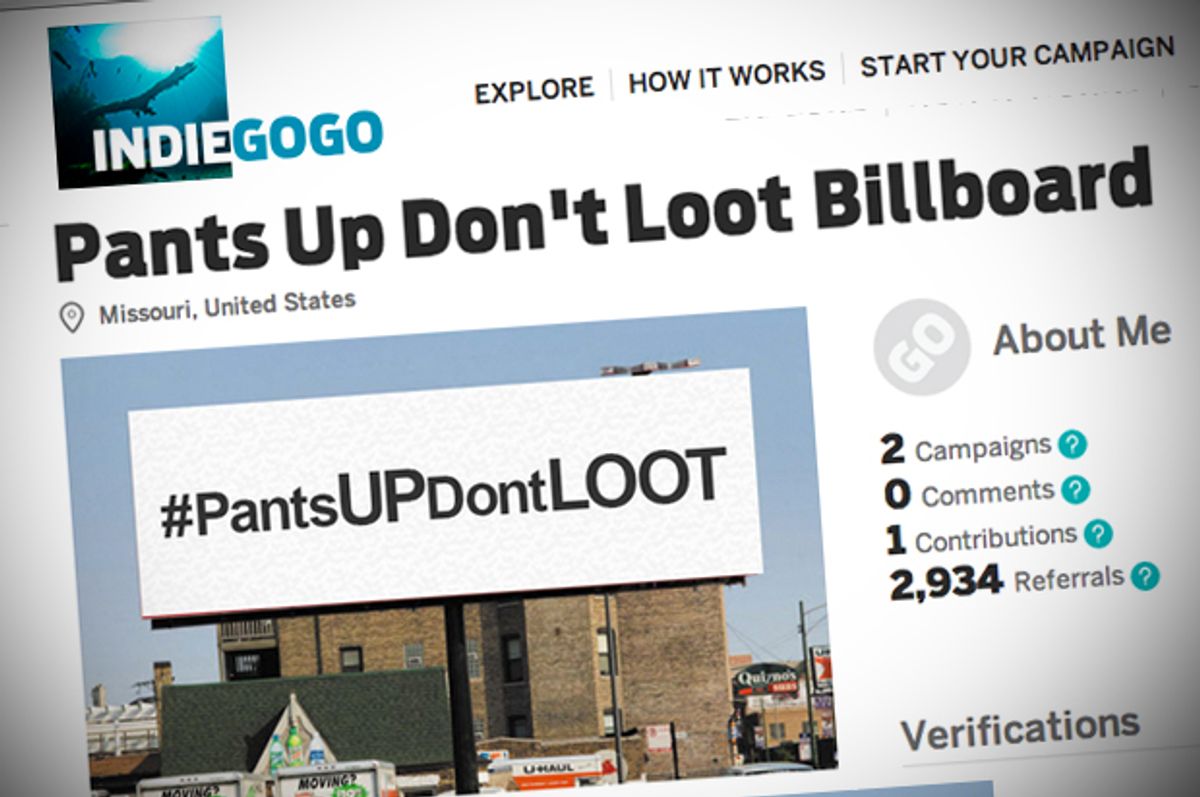 A man has successfully raised enough money to erect a billboard reading "#PantsUPDontLoot" in Ferguson, Missouri, as the town braces for a grand jury's decision regarding whether to indict Officer Darren Wilson for Michael Brown's death. That phrase, first coined in a National Review article, is an obvious play on "Hands up, don't shoot," a refrain often chanted by protesters in support of Brown, who reportedly raised his hands to surrender as he was gunned down by the cop.

While all text from the campaign has seemingly been removed from the IndieGoGo website, Gawker reports that the effort is being led by Don Alexander of Brentwood, Tennessee. The page used to read:

This crowdfunding campaign is for the purchase of a billboard in the Ferguson, MO area. The billboard will display black text on a white background with the text "#PantsUPDontLoot". After some initial confusion we are working with other, undisclosed companies in the area that are willing to create and display this image. The funds collected from this campaign will be used to purchase this billboard for as long as possible. Lamar originally quoted us ~$2,500 for 1 month but others have come in under that amount. Whatever funds we receive will go directly to keeping the billboard campaign up as long as possible. If we come to an agreement with a company and can fund it for 3 months, 5 months, 7 months..., we will.

As of Monday afternoon, the campaign had slightly exceeded its $3,000 goal with donations from 130 funders.