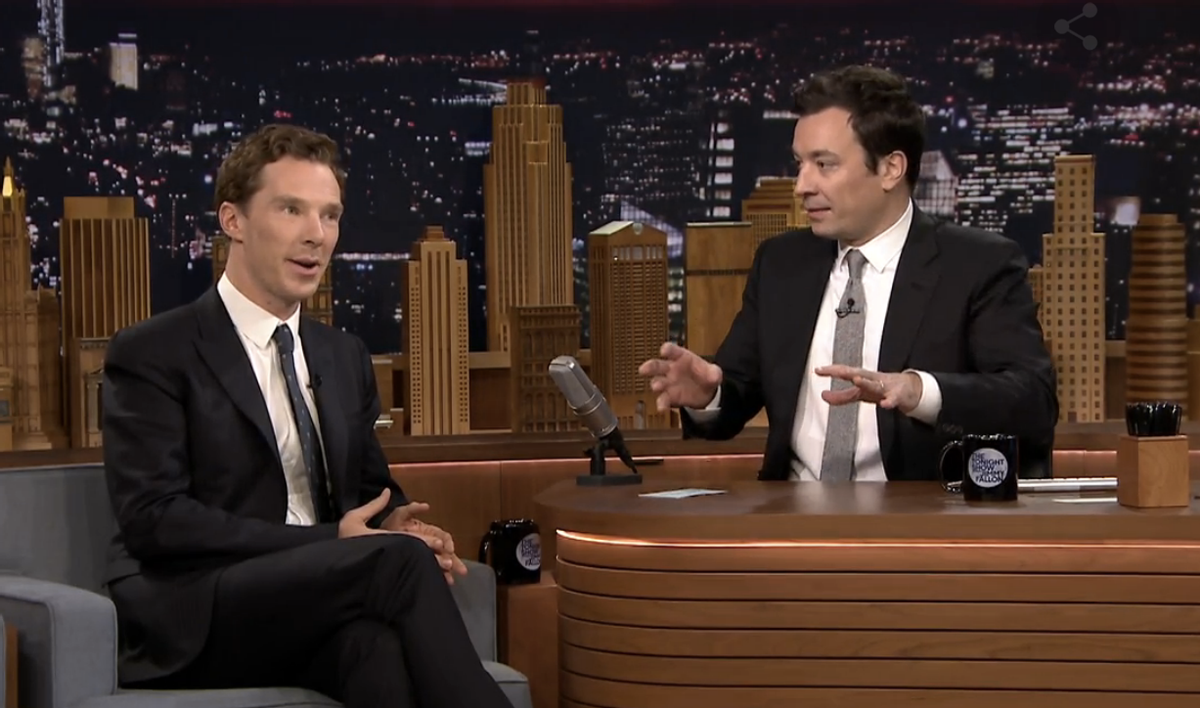 Benedict Cumberbatch brought his enigmatic charm, along with his sense of humor, to "The Tonight Show" on Monday. Cumberbatch was there to discuss his upcoming film "The Imitation Game." However, instead of having Cumberbatch tell a story about himself, Jimmy Fallon suggested they tell a story together.

The two played the "three word stories," where they each stated three words to build on the story. Of course, there was a catch, there were secret words to guess along the way. Watch the hilarity below:

And listen to the whole Benedict Cumberbatch interview below at the 14 minute mark: