GOP's real "stupidity" scandal: Why the right’s Grubergate dishonesty is worse than you think

In pushing new lies about an Obamacare adviser, it’s Republicans who count on “the stupidity of the American voter” 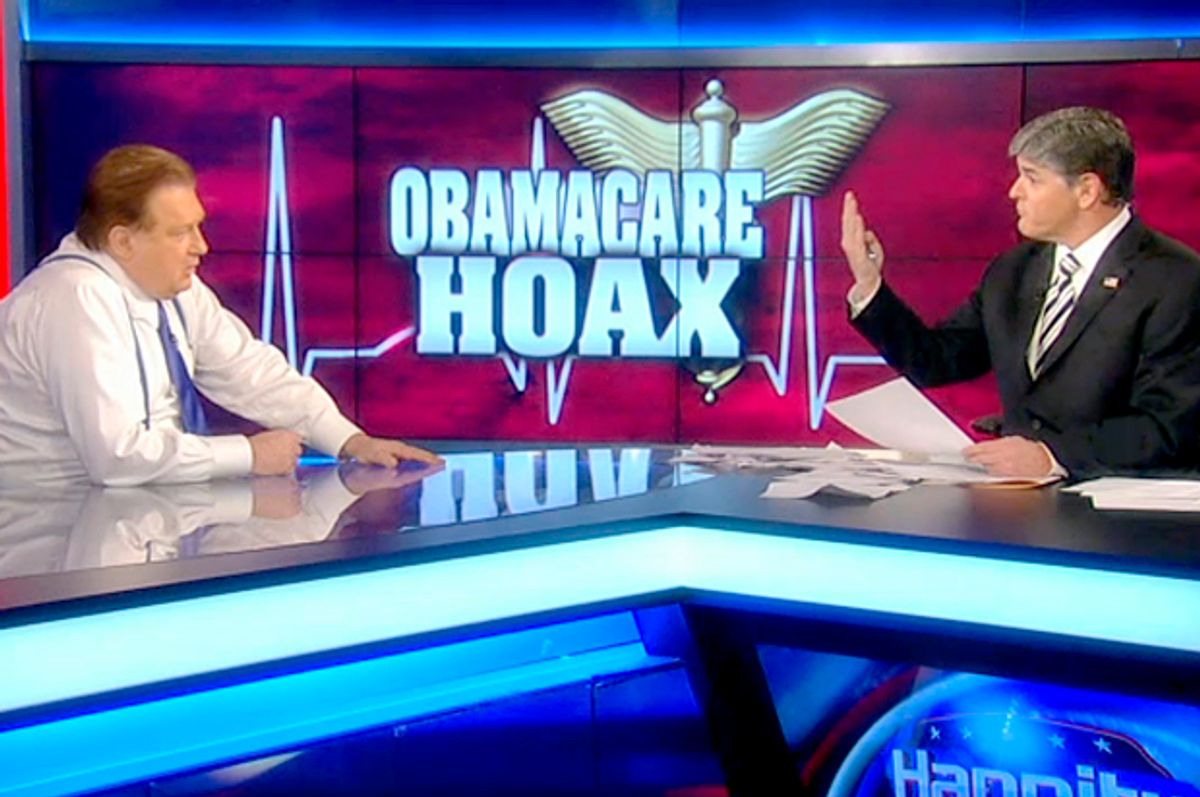 I’ve kept my distance from Grubergate, the manufactured controversy over recently discovered impolitic remarks by Affordable Care Act consultant Jonathan Gruber. To be honest, I winced at Gruber’s words about “the stupidity of the American voter” and feared they revealed a very real weakness of a certain type of liberal intellectual: a tendency toward smug elitism.

And you know what? They probably did.

But the rest of the rolling scandal being broadcast on Fox either exaggerates or misrepresents the nature of what the MIT consultant actually said. That doesn’t matter: Lazy journalists will make “Gruberism” stand for whatever they want it to. Case in point, today’s ludicrous David Brooks column, which attributes what he sees as President Obama’s obstinacy to “Gruberism: the belief that everybody else is slightly dumber and less well-motivated than oneself and, therefore, politics is more about manipulation than conversation.”

I can’t make Brooks do any actual work, but for anyone who’s honestly interested in what Gruber’s sometimes disturbing quotes really tell us about the Affordable Care Act and the process by which it was created, Jonathan Cohn has written a trademark must-read. Now, it’s long, and it’s kind of complicated -- Cohn covered the ACA's drafting and passage in day-to-day detail -- but intellectual honesty requires that anyone who’s going to form an opinion about Grubergate read the whole thing.

Cohn’s piece makes clear that some of Gruber’s seemingly damning remarks, about ACA “cost control” and whether the individual mandate was a “tax,” came in the context of vibrant debates over ACA provisions in which Gruber was a participant, and sometimes a dissenting participant, disagreeing about decisions made along the way.

Gruber doubted, for instance, that ACA provisions that attempted cost control would actually do much to curtail spending on healthcare. Other economists disagreed. They appear to have been right, and Gruber wrong, as healthcare spending has slowed dramatically in the wake of the ACA’s passage. When Gruber mocks the amount of cost control the ACA will provide, he’s representing his own opinion, not Obama’s – and one that he was probably wrong about.

Likewise, the question of whether the “excise tax” on high-cost plans actually hit premium payers, or insurance companies, was widely and openly debated – even in the pages of the Washington Post, where Ezra Klein ably covered the politics behind making it a cost incurred by insurance companies (that would ultimately be passed onto insurance buyers). That conservatives are shocked by these Gruber quotes suggests they weren’t really paying attention to the ACA debate, or they’re lying. Many weren’t paying attention. Others are lying.

What comes across most clearly in the Cohn piece are two things. One is that Obama bent over backward to make sure that the ACA saved money and reduced the deficit, even when liberals – like Cohn and myself – cared more about making insurance, and healthcare, available more widely. Cohn contrasts that with the way the Bush administration falsely sold its expensive Medicare prescription drug plan, muzzling critics and falsifying cost estimates.

The other big takeaway from the piece is how extensively, and publicly, the ACA was debated. Up and coming wonks like Cohn and Klein solidified careers for themselves by finding an audience for play-by-play coverage of the often dry (even boring, to most of us) details of CBO scoring and that sexy debate over whether to keep employer-provided health insurance tax-deductible. Most of Gruber’s supposedly damning quotes actually help prove that – but Republicans are using them to prove the exact opposite.

This is not to say Obama and his people made no missteps in either the drafting or the selling of the ACA. The memorable “if you like your plan, you can keep it” was a mistake, an example of striving for simplicity at the expense of literal truth – and certainly something the president himself wishes he’d phrased differently. Gruber has been rightly criticized for promoting the ACA in the media without disclosing, for a time, that he’d been paid by the administration for his consulting work on the bill.

But in the annals of political dishonesty, those things pale in comparison with Republicans who lied about the existence of “death panels” and routinely call the ACA, with its rigorously constructed deference to the private insurance market, a “government takeover” of healthcare that’s “killing jobs.” If anyone believes in “the stupidity of the American voter,” it’s the GOP. But this is the old Karl Rove playbook – attack your opponent where he or she is actually strongest, and your side is weak.

Now that Cohn has walked me through Grubergate, I’m shocked at how badly Republicans are distorting the meaning of the MIT professor’s comments. Anyone who pays close attention is likely to share my surprise. But the right is counting on people – including most journalists -- not taking the time to do that.