Don Lemon to Bill Cosby accuser: "There are ways not to perform oral sex" 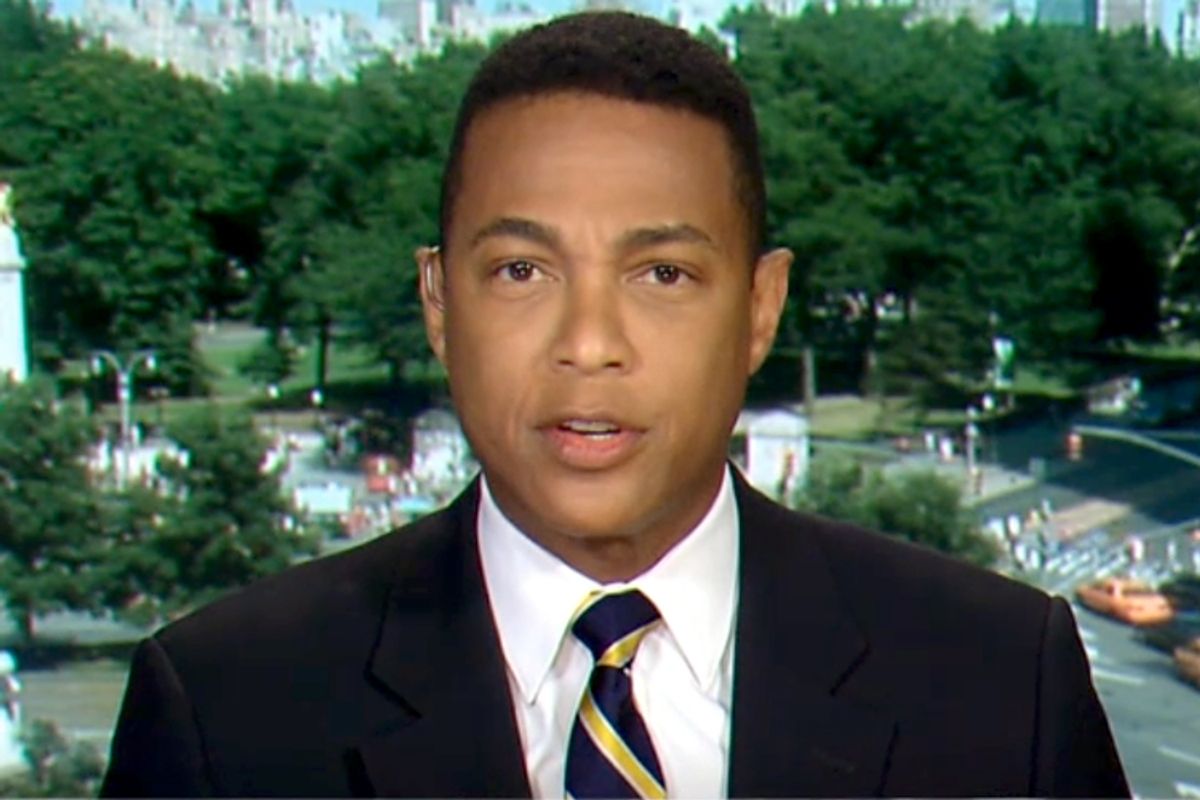 Thank you Don Lemon, for your sterling advice on how not get raped. Oh wait, I meant, for your incredible example of how not to conduct an interview.

Speaking on "CNN Tonight" with Joan Tarshis, one of the women who has recently come forward to accuse Bill Cosby of sexually assaulting her, the reliably clue-deficient Lemon went down a particularly unorthodox line of questioning. Speaking with the now 66 year-old Woodstock resident, he gently led with "Can I ask you this, because -- and please, I don't mean to be crude, OK?" Lemon inquired about her assertion that Cosby had given her something to drink and that the next thing she remembers is being undressed on his couch, and coming up with a hasty fib to stop him. "You lied to him and said 'I have an infection, and if you rape me, or if you do -- if you have intercourse with me, then you will probably get it and give it to your wife,'" Lemon said, and she assented. "And you said he made you perform oral sex," he said, and again she assented. That's when he came back with, "You know, there are ways not to perform oral sex if you didn't want to do it." When she replied that "I was kind of stoned at the time, and quite honestly, that didn't even enter my mind. Now I wish it would have," he told her, "Right. Meaning the using of the teeth, right? As a weapon. Biting." To which she simply replied, "Ouch."

Here the thing – nobody who's sexually assaulted "wants to do it." That's a pretty key part of what makes it sexual assault. So when you ask people who say they've been raped why they didn't just not get raped you're really missing the point in the biggest way possible. And when you go on to ask why the person didn't just bite her alleged assailant's penis, you're desperately oversimplifying the way sexual assault often goes down. Why didn't she just bite him? I don't know, maybe because she was 19 and says she believes she'd been drugged and she was alone with someone who could physically overpower her and she didn't want to risk enraging him?

The interview was a particularly unfortunate misfire coming from someone like Lemon, who you'd hope would have a little more sensitivity on these issues. Four years ago, in the midst of the Bishop Eddie Long allegations, he came forward with the admission that he'd been molested, saying, "I am a victim of a pedophile when I was a kid…. You start to perk up and go, four people have said the same exact story and using the same buzzwords. How do people come up with those stories?" Yeah, how? And why, when they come forward, is it so often their behavior that comes under scrutiny and doubt?