"That's so embarrassing! They both wore the same transparent ploy to Congress!" 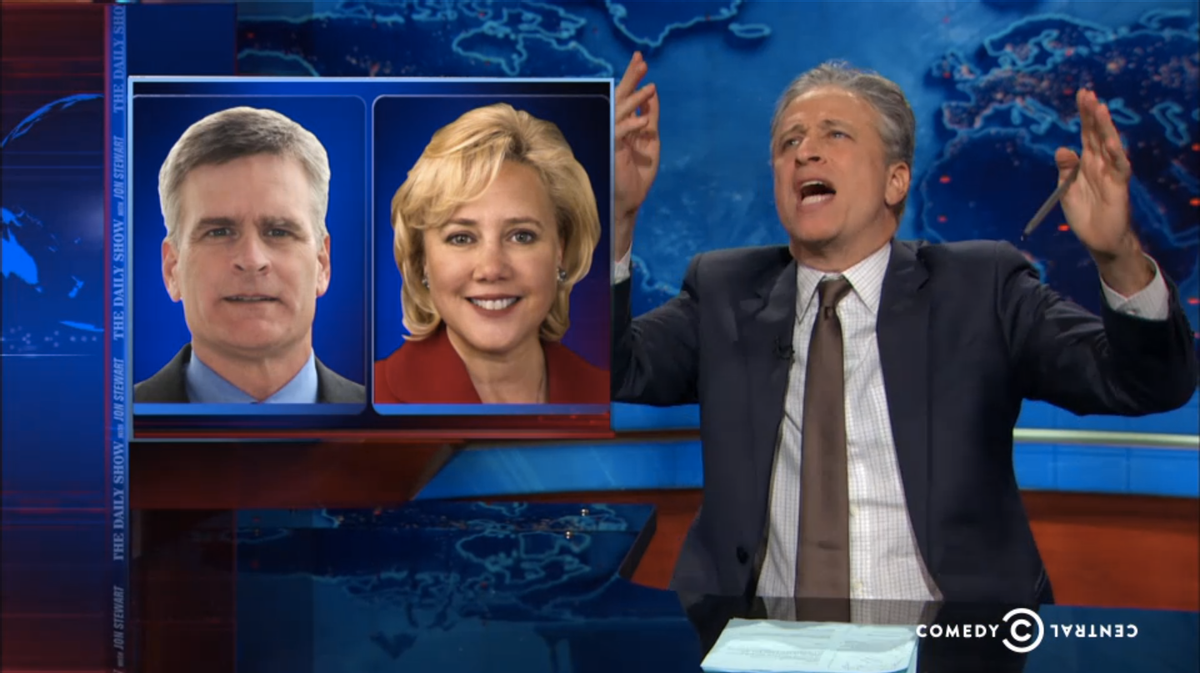 On Thursday evening's edition of "The Daily Show," Jon Stewart turned his attention to the last Democrat who has a chance to reclaim office in a run-off: Louisiana's Sen. Mary Landrieu who faces Republican challenger Rep. Bill Cassidy. The two attempted to win the favor of their constituents by both introducing the Keystone XL pipeline bill in the Senate and the House, respectively.

"That's so embarrassing!" Stewart said. "They both wore the same transparent ploy to Congress."

Of course, Stewart argues, the Democrat-controlled Senate would never betray their environmentally concerned base by voting in favor of the Keystone XL pipeline, especially when the Senate is going over to Republican control in January and Louisiana's one open seat wouldn't even begin to change that.

But a few Dems did.

"So the party that lost the midterm elections because it didn't stand for anything has decided, 'Oh! I got an idea. What if we stood for less?'"

Watch the rest of the clip below.