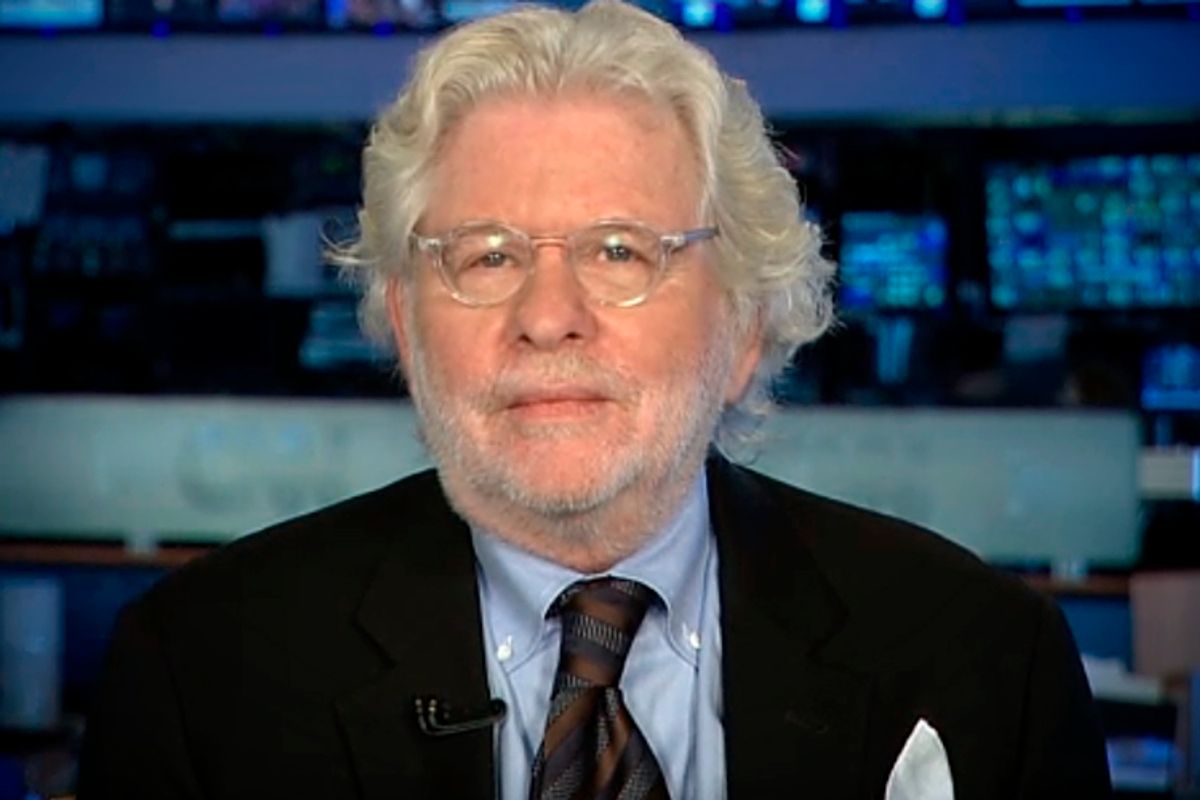 Last week, Rolling Stone published a horrific, infuriating account detailing an alleged 2012 frat house gang rape at the University of Virginia. "Jackie," the reported victim, found herself stymied by university officials in her search for accountability; a dean explained to Jackie that the university didn't keep statistics on sex crimes because "nobody wants to send their daughter to the rape school." The report raises unsettling questions about UVA's culture of impunity and how it handles what mounting evidence makes clear is a very real sexual assault problem, and has quite rightly sparked a discussion about rape culture, the treatment of women, and administrative accountability.

The latest entrant to this discussion is Washington Post columnist Richard Cohen, who asks today what, in God's name, is happening on America's campuses.

"How can rape thrive?" Cohen wonders. "How can a rapist walk to class the next day without other men confronting him? How is the rapist or the witness allowed to feel he has exercised some masculine privilege when, in fact, he has just violated the cardinal rule of masculinity?"

That "cardinal rule"? "Be respectful of women [emphasis Cohen's]."

Here, one might expect Cohen to offer his unique insight as a man who notoriously has not always respected women. In 1998, the Post found that Cohen had displayed "inappropriate behavior" toward 23-year-old editorial aide Devon Spurgeon, creating a "hostile working environment" with crude and sexually suggestive remarks. When the Lewinsky scandal was at its height, Cohen probed Spurgeon's brain on the question of whether oral sex constituted "casual sex," a discussion other Post staffers deemed "offensive," according to the New York Observer. Cohen also told Spurgeon that she "looked good in black" and, on at least one occasion, asked her to "stand up and turn around."

None of this disqualifies Cohen from weighing in on the UVA story. (Nor is this to equate Cohen's deplorable behavior with gang rape.) Far from it -- the story offers Cohen an opportunity to explain what he's learned about the importance of fostering a culture that's "respectful of women," that sees women as fully flourishing, autonomous human beings, not pieces of meat. Instead, Cohen completely omits his own unsavory history from the column, expressing befuddlement at "these creeps who rape."

"Is this old-fashioned?" Cohen asks of his puzzlement. "Have I just geezered my way into irrelevance? Am I going to hear from the gaggle of bloggers circling, like vultures, for the one errant phrase? Will I be told that I just don’t get it ? Well, I don’t. When I hear President Obama suggest that 1 in 5 college women is a victim of sexual assault, I just don’t get it. Who are these creeps who rape? Why do other men put up with such behavior?"

Why indeed. An even better question is why the Post saw fit to publish Cohen's column with nary a brief disclaimer about Cohen's past complicity in a culture that continues to devalue women.