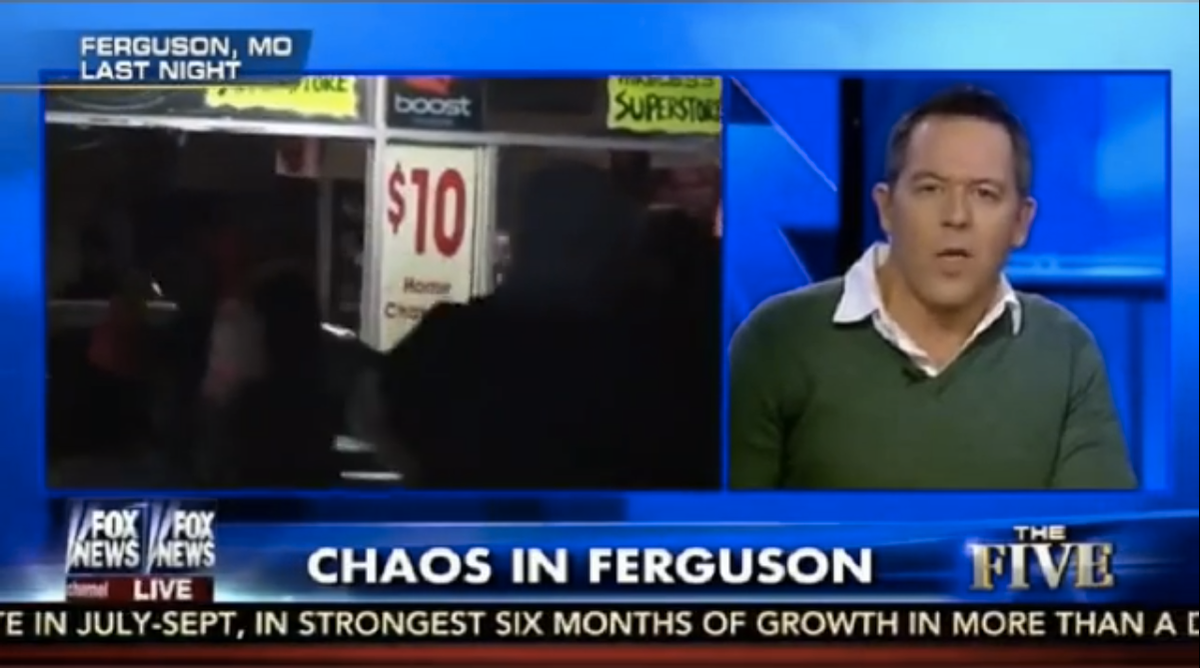 On Tuesday's edition of Fox News' "The Five," co-host Greg Gutfeld shared a "revelation" he had regarding the protests in Ferguson.

"Racial conflict became an excuse for the purge," he continued. "A free-for-all of looting, vandalism and fun. You've got to love creeps that scream for justice after torching a car."

He spoke on a split screen, with images of people breaking into stores and cars burning taking up most of the frame.

Sure, a black teenage boy was killed by a white cop and a large portion of the country is totally cool with that, and this isn't about justice. That seems like a totally solid analysis.