In the middle of a comeback, the country cancels Tonight show appearance in wake of Ferguson protests 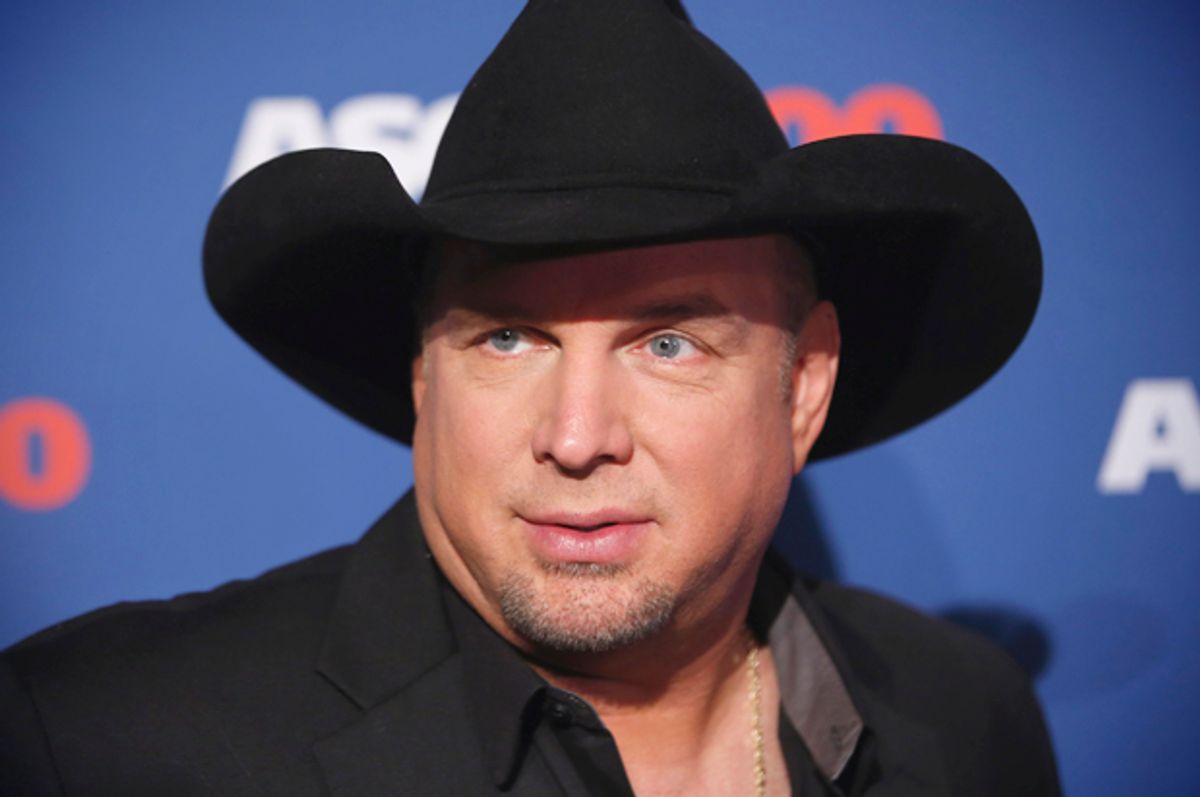 Garth Brooks has canceled his scheduled Thanksgiving appearance on the Tonight show in response to the protests in Ferguson, following the announcement that Darren Wilson would not face criminal charges in the shooting death of Michael Brown. On Facebook, Brooks wrote yesterday, “We landed in NY last night to the news of the civil unrest that was going on in our nation. To spend the day promoting our stuff like nothing was wrong, seemed distasteful to me.”

The Associated Press reports that NBC has confirmed that Brooks will be replaced by Whoopi Goldberg and Tom Colicchio. According to Yahoo, Brooks also pulled out of appearances on “Today” and “Live! With Kelly and Michael.” Brooks has offered to reschedule.

While fan response to Brooks’ announcement has been largely affirming—“gentleman” and “class act” appear frequently in the comments on his post—the decision is definitely an outlier in the entertainment landscape. Members of the Wu-Tang Clan appeared on Letterman’s The Late Show last night to promote their own collective comeback, “A Better Tomorrow,” as did “Into the Woods” actress Emily Blunt. Christopher Walken, Nick Jonas and Iggy Azalea are all still scheduled for Fallon’s show tonight.

This move feels a little self-indulgent. Part of a working entertainer’s job is promotion, and while joshing around with Jimmy Fallon isn’t the same as clocking in at your standard 9-to-5, it’s still work. Brooks could have made a more powerful statement speaking directly and sincerely to his fans in St. Louis, where he will be performing for four nights next week.

There’s no agreed-upon timeline for when it becomes appropriate to go back to work during times of tragedy, but the consensus seems to be that following the immediate aftermath—that time during which cheery, pre-scheduled social media messages can feel particularly tone-deaf—we have to figure out how to incorporate events and their cultural reverberations into our daily lives. By Thanksgiving, anyone watching the Tonight show is not likely to think him less of a gentleman just for doing his job.