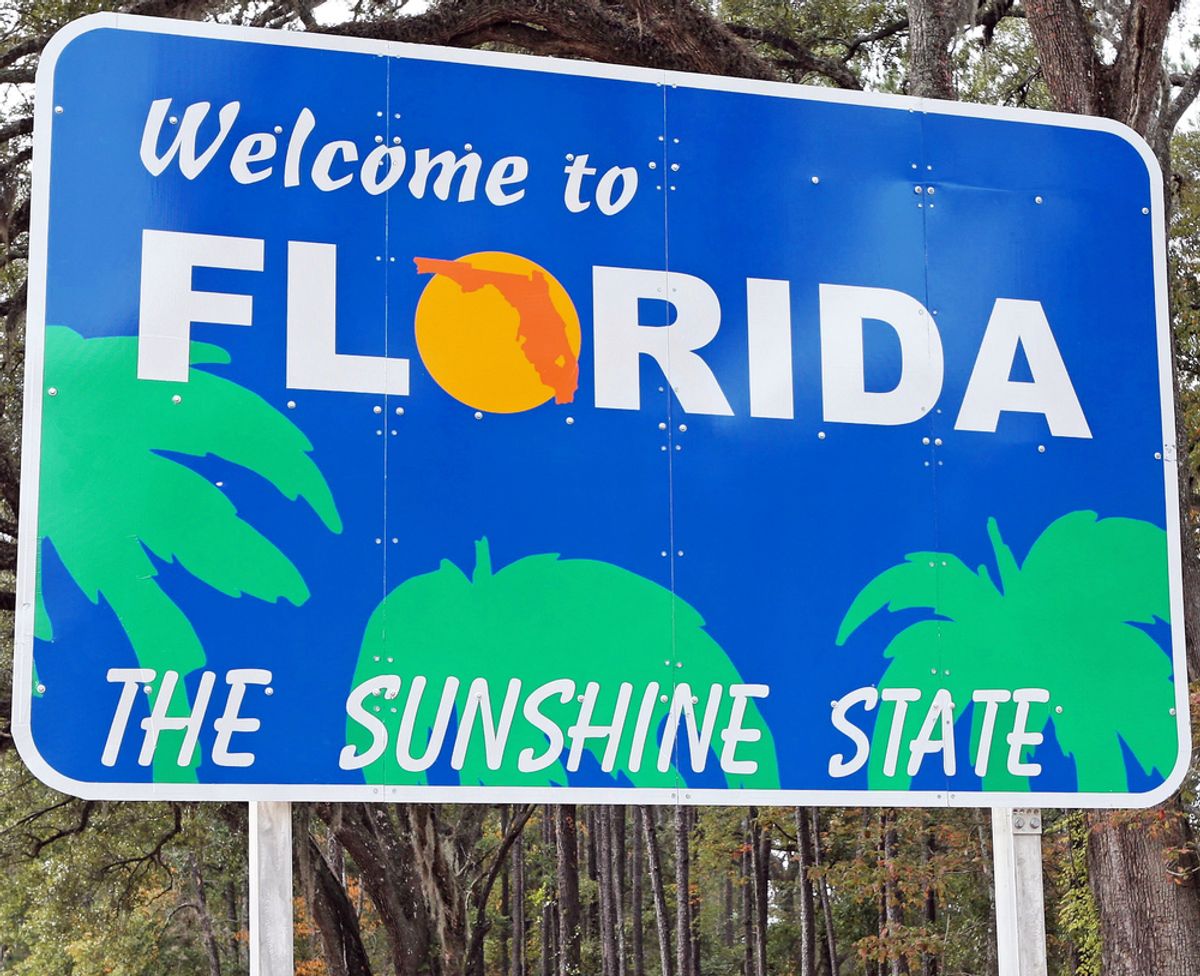 While the world moves forward in negotiations to reduce greenhouse gas emissions, Florida just made an outrageous leap backwards. Regulators voted last week to nearly entirely gut the state's energy efficiency goals -- by over 90 percent -- and to allow its solar rebate program to expire.

The proposals to roll back these rules were backed by three of the state's four major utilities -- Duke Energy Florida, Tampa Electric and Florida Power & Light -- which, according to the Tampa Tribune, argued that programs offering rebates for things like rooftop solar panels or energy efficient water heaters were costing them millions, forcing them to increase energy rates for everyone while only a few benefitted.

But the 3-2 decision by the state Public Service Commission to approve those proposals, notes the Tampa Bay Times, gave the investor-owned companies, which are increasingly threatened by renewables, "virtually everything they wanted."

Commissioner Julie Brown, who dissented, pointed out that just because something costs money doesn't mean its not a good idea. “We have inherent conflicts," she argued. "We’re supposed to encourage conservation but it must be cost-effective. I think we should be investing in all of it.”

And environmental groups are promising a fight. “It’s completely inconsistent with what the other states are doing,” Stephen Smith, executive director of the Southern Alliance for Clean Energy, said. “We believe there may have been laws broken today by not setting goals. We as an organization are going to try to find every outlet possible to continue to fight.”

Florida's renewable energy goals come up for review every five years, but it's likely that this time, they'll be forced to reconsider in order to comply with the EPA's climate rules -- under the Clean Power Plan, they'll be expected to reduce emissions from existing power plants 37 percent by 2030. Part of the way to get there, of course, is to embrace energy efficiency. Another is to take advantage of the states' plentiful renewable energy sources, which are becoming increasingly competitive with traditional sources. Yet the Sunshine State, ironically enough, is the country's fifth-most coal-dependent state. What's more, most of that dirty energy is imported.

With a climate-denying governor and half the state attempting to secede over climate inaction, this is but the latest indication that Florida has a serious problem. “We were already sinking below water relative to the rest of the county, but now we are starting to drown," said Scott McIntyre, who runs a Tampa-based solar company. Given Miami's precarious status as sea levels rise, that's the sort of thing we can expect to keep hearing.