Scott Panetti is set to be put to death tomorrow 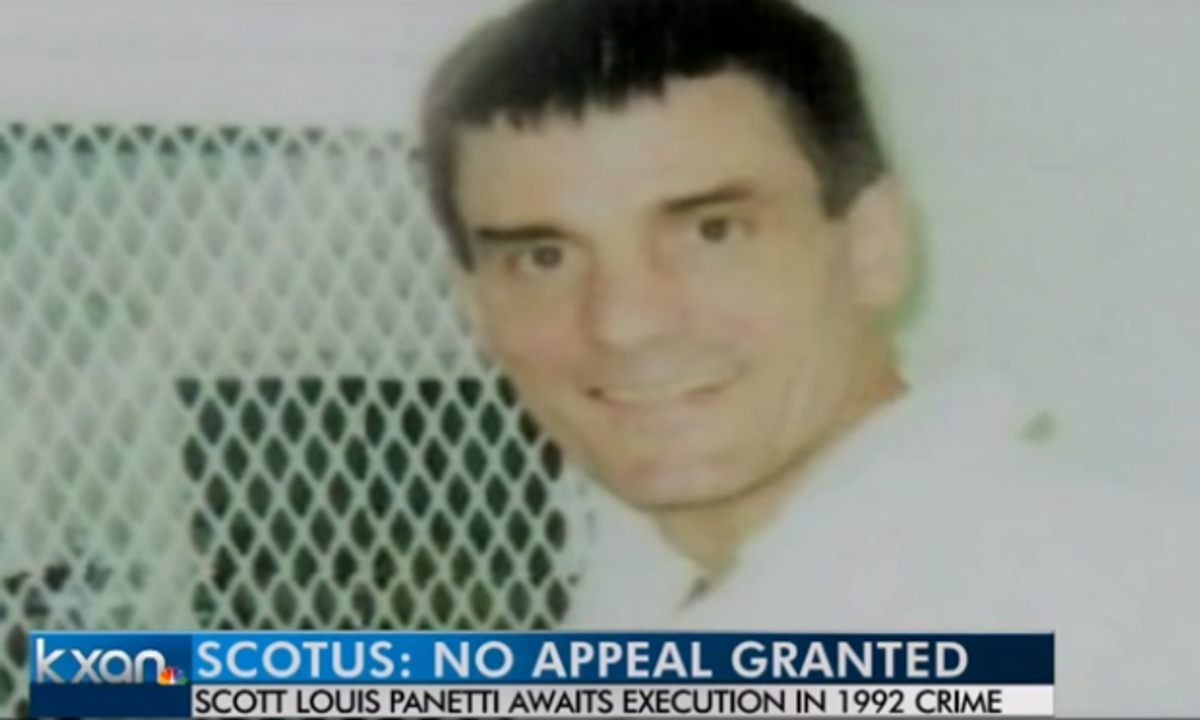 A conservative group is urging the state of Texas not to execute a mentally ill man tomorrow, declaring that the man's capital case "has made a mockery" of the justice system.

Barring a last-minute intervention from the U.S. Supreme Court, the state will execute Scott Panetti on Wednesday. Panetti, 56, killed his wife's parents in 1992 while his wife and young daughter watched. During his trial, Panetti represented himself and called more than 200 witnesses, including the pope, Jesus, and John F. Kennedy, the New York Times reports.

Yesterday, Panetti's lawyers urged the Supreme Court to spare his life, arguing that executing a schizophrenic man violates the Eighth Amendment's prohibition on cruel and unusual punishment. Panetti's lawyers also asked Gov. Rick Perry to grant a 30-day stay of execution, in the hopes that they could use the 30-day window to demonstrate why Panetti shouldn't be executed.

A diverse coalition, including anti-death penalty activists, former Democratic Gov. Mark White, and religious leaders, has spoken out against Panetti's planned execution. Among the most vocal groups to take up Panetti's mantle has been Conservatives Concerned About the Death Penalty, an organization launched last year to urge conservatives and libertarians to rethink capital punishment.

“The outcry from the conservative community on this case has been unprecedented," Hyden said. "Texas’ attempt to execute this man is bringing together large swaths of political, religious, and thought leaders. Leading and varied voices like [American Center for Law and Justice chief counsel] Jay Sekulow, [evangelical leader] Sam Rodriguez, Ron Paul, and [conservative direct mailing pioneer] Richard Viguerie are among the long list of those who have spoken out."

"I have never seen so many come together around a death penalty case like this. And for good reason," Hyden added. "The execution of Scott Panetti would cross a line. His mental illness has been well documented and established for decades. Conservatives believe in a criminal justice system that is fair, just, and effective. This case has made a mockery of that system."

Though several conservative stalwarts have decried Panetti's execution, Perry and Texas Attorney General Greg Abbott, who takes over as governor next month, are fervent supporters of capital punishment, and Abbott's office has represented the state in the effort to affirm Panetti's sentence.