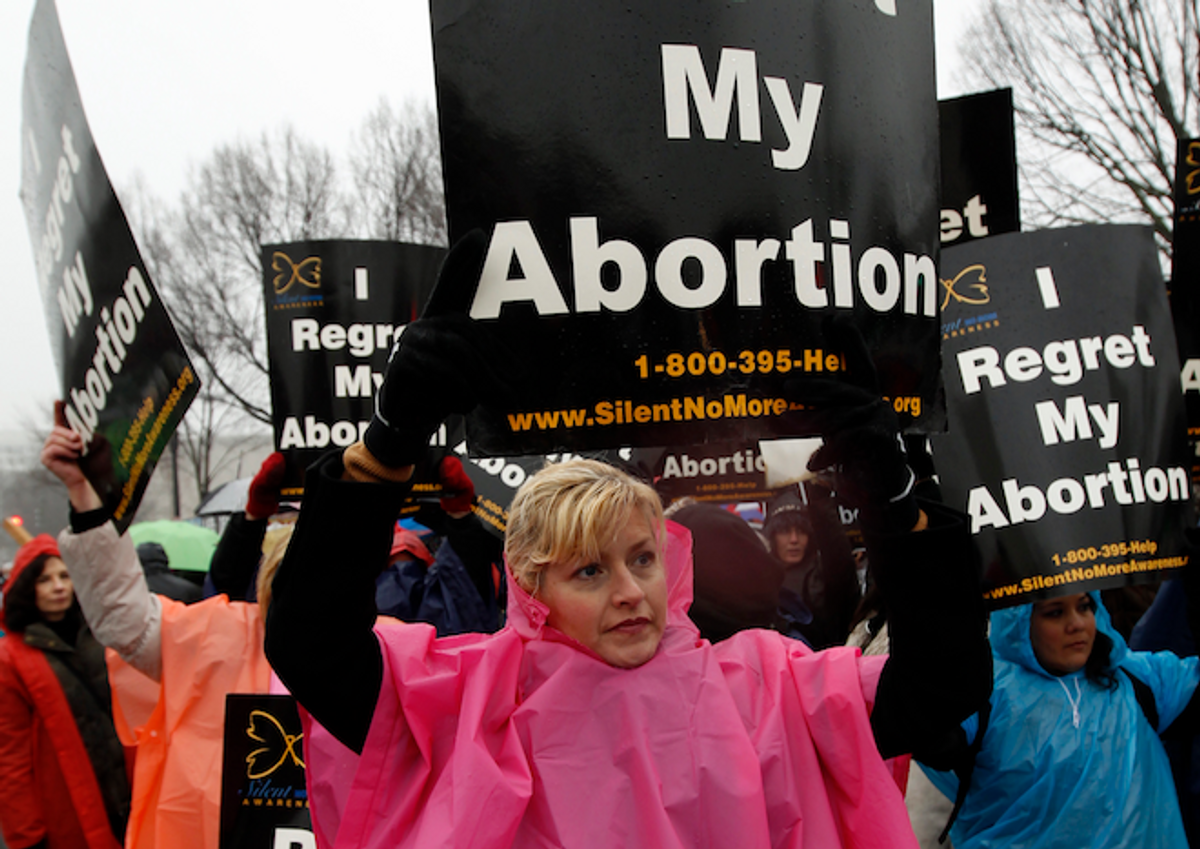 Reproductive justice is a pretty simple concept: It means that all people have the freedom, ability and access to make decisions about their own reproductive health, safely and without shame or judgment. Unfortunately, there are many people who disagree with the justness of reproductive justice, and make a point of standing outside abortion clinics to harass and stigmatize women as they come and go. For one pregnant London woman, it seems such behavior is unacceptable.

In a video recorded by a journalist outside an abortion clinic, the woman -- who has not been identified -- takes a group of antiabortion protesters to task for apparently filming women's faces as they enter and exit the building. But the woman expands her critique into a righteous explanation of reproductive freedom, telling the protesters, "You don't know why people are doing what they're doing, but you want to be out here judging":

Many people have been abused -- you don't know what their reasons are. This is so wrong on so many levels. ... You don't know if they've got money. There was a baby on the news that got found in a fucking bin. Maybe if their mum didn't feel away, because of people like you, that baby wouldn't have died in a bin.

The woman goes on to explain that the charity where she works, called Kids Company, is located around the corner from the clinic, and helps "thousands and thousands of kids," many of whom have been abused. "This is the wrong place to be located, especially when we have our people that are going through their shit, coming to visit us at Kids Company, and we're meant to help -- then they're meant to see this," she says, pointing at a large poster of a bloody fetus. "The people we work with ... are girls that have been abused, molested. And you've got this up."

At one point, the woman implies that she considers herself pro-life, but finds the protesters' tactics abhorrent. "You get raped by soldiers and all different people, and then you tell me what you'd do after that," she says. "For you to be standing out here and making other women feel guilty is so wrong, so fucking wrong."

Watch the full video of the encounter below (the pregnant woman interjects about a minute and a half in):