The comedian broke his silence to thank his supporters, but has not yet addressed the allegations 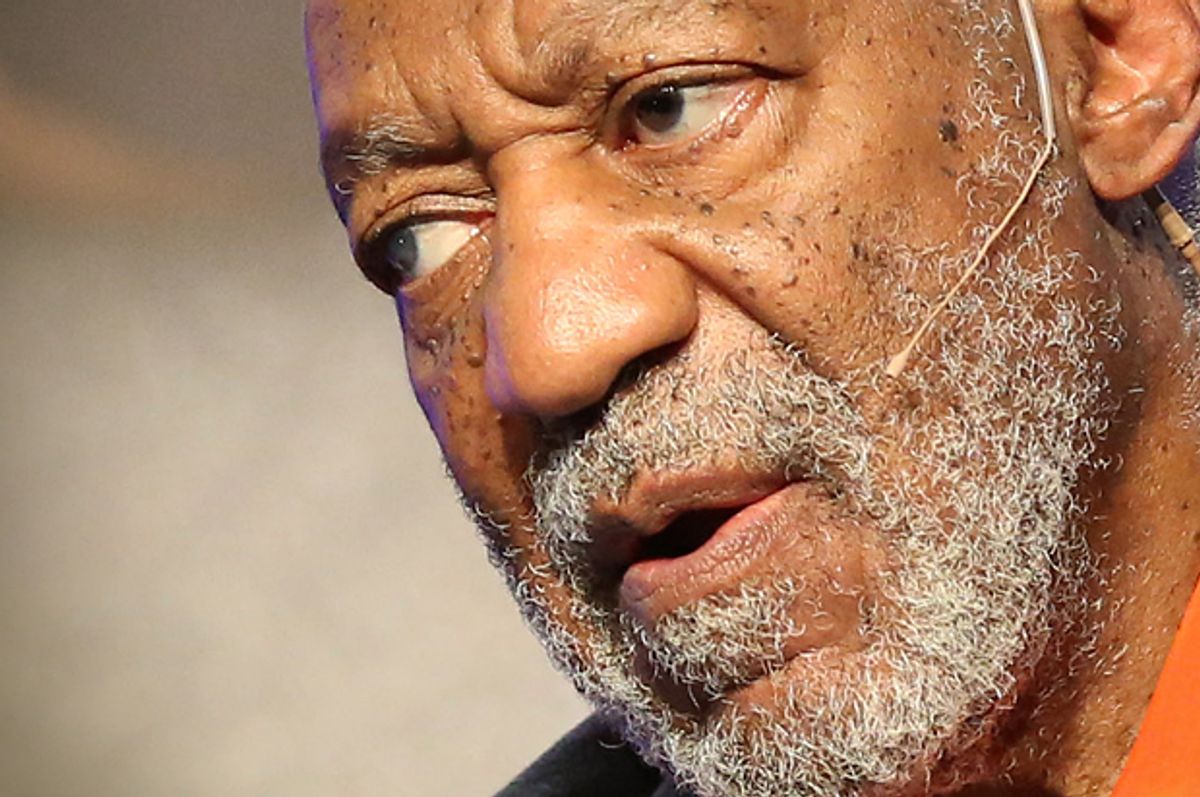 Just as Bill Cosby finally broke his silence to thank defenders Whoopi Goldberg and Jill Scott earlier this week, three more women have come forward to accuse the embattled comedian of drugging and raping them. At a press conference with celebrity attorney Gloria Allred, each of the women told her story publicly for the first time on Wednesday.

One of the women, Beth Ferrier, was one of the 12 "Jane Does" included as a witness in a 2005 lawsuit against Cosby brought by Andrea Constand, which was settled out of court before Ferrier and the other witnesses could testify. She told reporters the she had a months-long affair with the comedian in the 1980s, when she was an aspiring model and actress, before an episode in Denver when he allegedly sexually assaulted her. The Washington Post reports:

Cosby greeted her backstage and gave her a cappuccino, she said. She quickly felt dizzy and nauseous and then blacked out, Ferrier said. She alleged that she woke up several hours later, alone in her car, with her clothing and undergarments disheveled.

“I believe Mr. Cosby drugged me and sexually assaulted me that night,” Ferrier told the news conference.

Ferrier's story contains many similar details to the nearly two dozen other sexual assault allegations against Cosby that have cropped in recent weeks. One of the other women at the press conference, identified only as Chelan, also told the Post she was drugged and assaulted:

[Chelan] said she was a 17-year-old aspiring model when she met Cosby while she was working at the Las Vegas Hilton. He invited her to his room on the promise of meeting a representative of the Ford modeling agency, she said. While there, he gave her two shots of amaretto and a “blue pill” that she said immobilized her. She said she passed out as Cosby began sexually assaulting her on a bed.

When she came to many hours later, she recalled Cosby telling her, “Daddy says wake up!’”

The third woman at the press conference claimed she was not drugged, but that Cosby groped her in public. In response to the allegations, Allred suggested the statute of limitations on the alleged Cosby assaults be waived and the comedian face trial. As an alternative, she recommended the comedian start a $100 million fund to compensate the alleged victims.