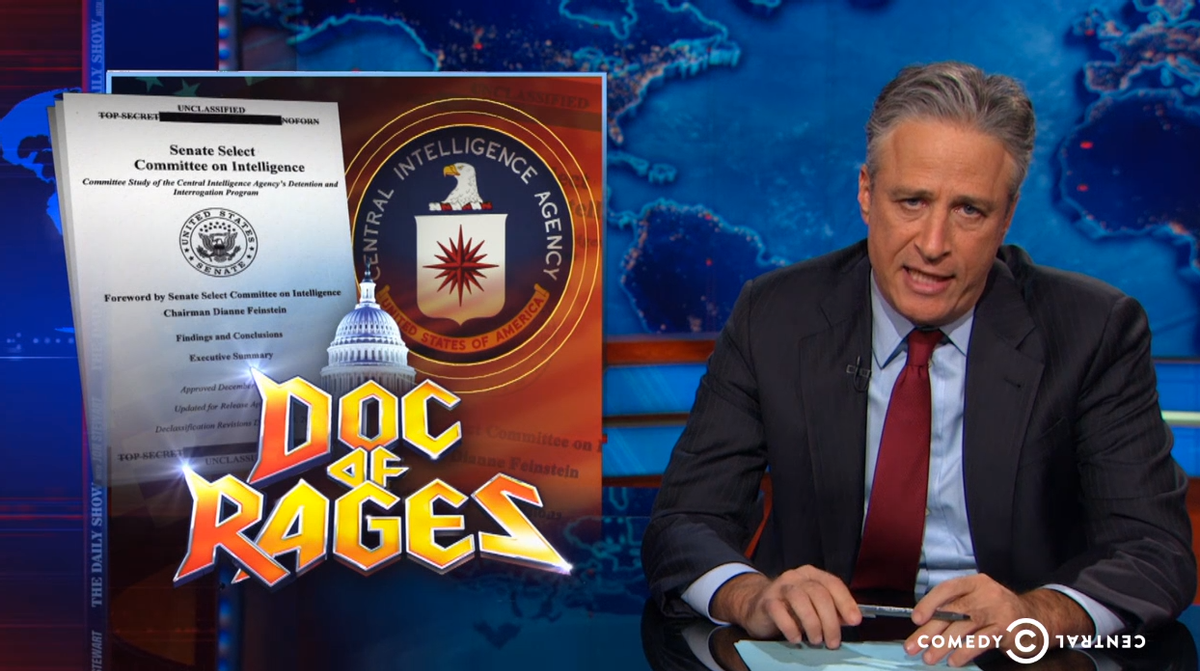 Using clips of outgoing chairwoman of the Senate Intelligence Committee, Sen. Dianne Feinstein, Stewart outlined some of the atrocious and inhumane acts perpetrated against prisoners. And his response can be summed up by this scene from "Monty Python's The Meaning of Life":

Stewart also slammed the Bush administration for continuing to mislead the American people even after President Bush was briefed on "enhanced interrogation practices," and blasted the Obama administration for trying to delay the release of the report. Watch his outrage below: