Police demanded an apology after several players made the gesture on the field. This might be as close as they get 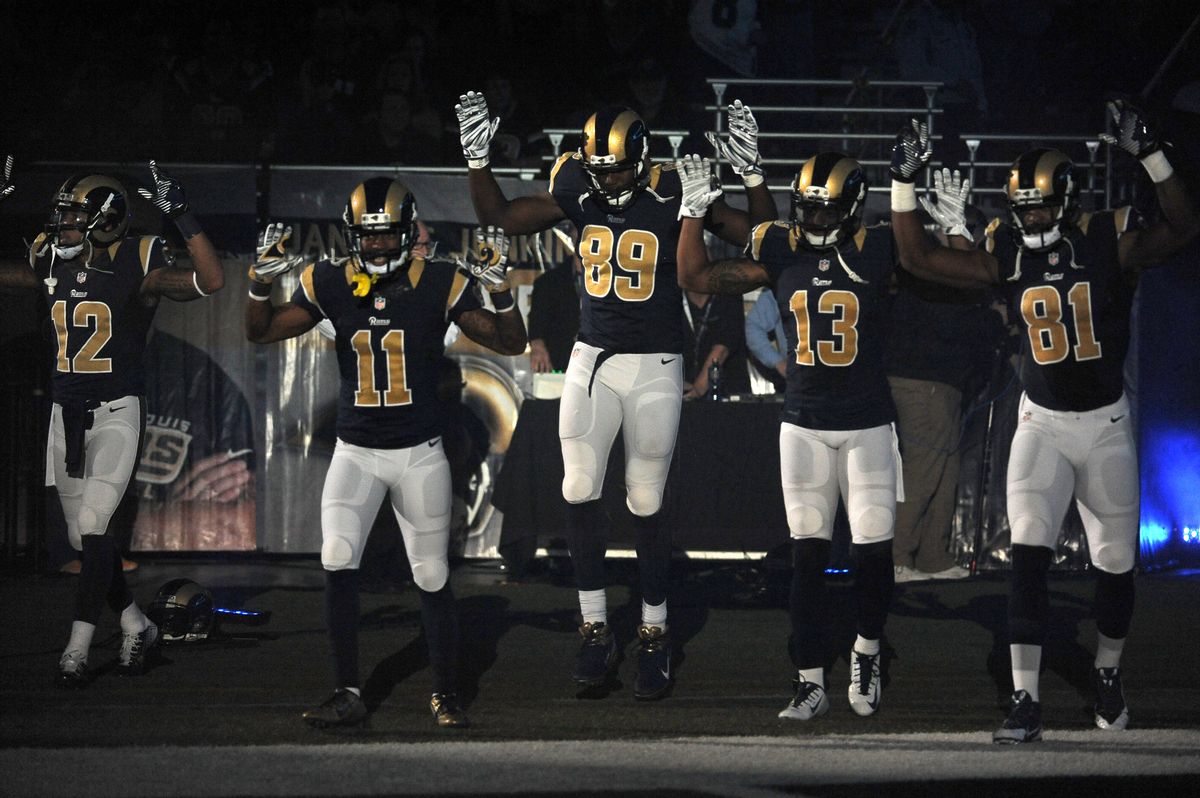 Members of the St. Louis Rams raise their arms as they walk onto the field during introductions before an NFL football game against the Oakland Raiders, Sunday, Nov. 30, 2014, in St. Louis. (AP Photo/L.G. Patterson) (AP)
--

The St. Louis Rams haven't been on great terms with local law enforcement since several players made the "hands up, don't shoot" gesture on the field nearly two weeks ago, in solidarity with the protesters in Ferguson. Police demanded an apology and the Rams have mostly declined to give one. But on Thursday, the team reportedly performed a small act of conciliation, donating an undisclosed amount to a police charity.

The organization, BackStoppers, assists families of fallen police officers, emergency technicians and firefighters killed in the line of duty, and is no doubt a worthy cause. But, as Think Progress notes, the Rams announced the donation publicly before a game against the Arizona Cardinals, almost as if to shame the five players -- all of whom are black -- who participated in the on-field protest. Both the Rams and the NFL have declined to punish or fine the players, however, so it is possible this will be the end of the controversy.

If it were up to St. Louis county police, though, that wouldn't be the case: The president of the St. Louis County Police Association told the St. Louis Post-Dispatch that the donation is “a good first step to repairing the damage that was done several weeks ago," but that he "still would not expect many public safety folks to be lining up for tickets" until the team issues a formal apology.