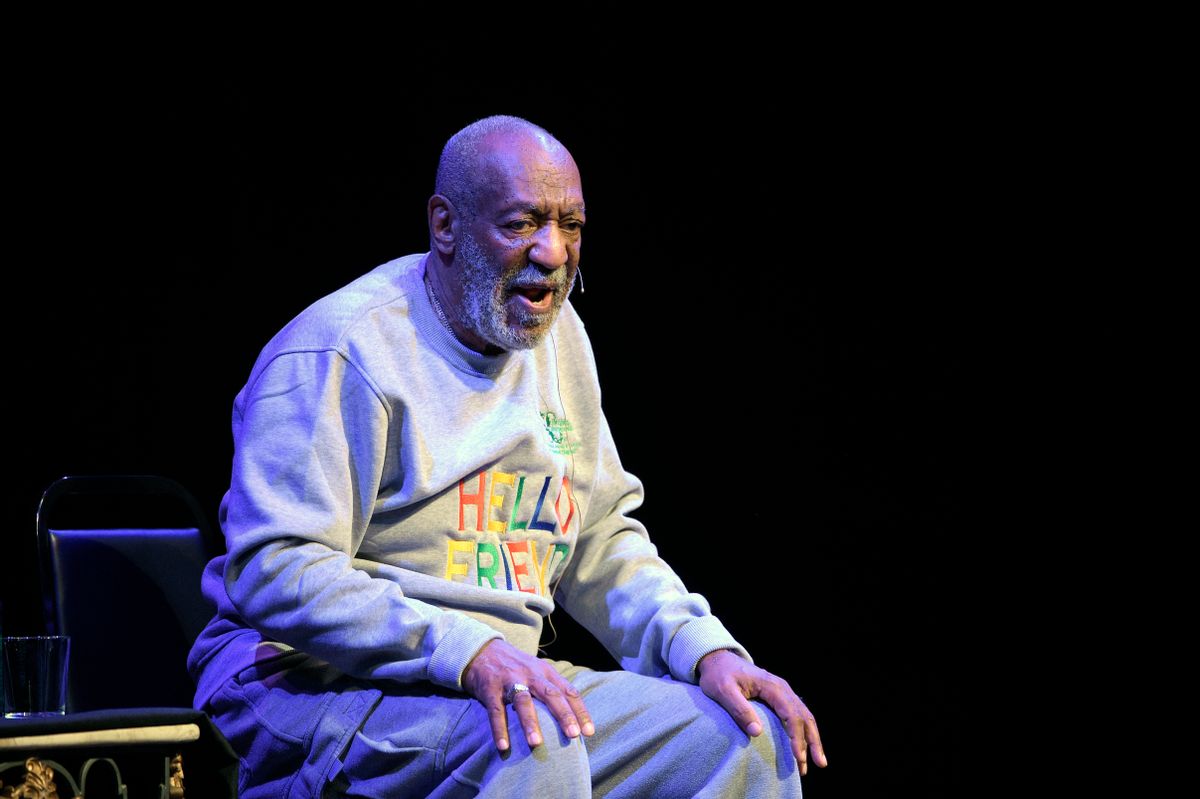 Bill Cosby and his wife, Camille, aren't the only members of their family to finally break their silence over the nearly two dozen rape allegations leveled at the comedian in recent months. The couple's youngest daughter, Evin Cosby, took to Facebook this week to share each of her parents' statements about the accusations, adding her own thoughts about the 19 women who have publicly told stories of her father drugging and raping them over the course of several decades.

According to Mediaite, Cosby first began posting about the allegations in early December, thanking singer Jill Scott (as well as actor Faizon Love) for supporting her father as others have distanced themselves. On Monday, after supermodel Beverly Johnson appeared on The View to say that Bill Cosby drugged and nearly raped her several decades ago, the comedian's daughter posted a critical message casting doubt on Johnson's account. She also implied (strongly) that her father's other alleged victims of lying, and therefore belong in prison:

Rape is a serious allegation and it is suppose to be taken VERY seriously but so is Falsely accusing someone. When someone rapes a person they go to prison. THAT should also happen to the person that has wrongfully accused an innocent victim.They are not ONLY destroying innocent people's life they are ALSO making it hard for the MEN and Women to find justice when they have been raped.

Unfortunately, when someone rapes a person they often don't go to prison; a mere 10 percent of rapes even lead to arrest, and only 3 percent of rapists will ever spend a single day incarcerated. If Bill Cosby did rape any of his accusers, the majority of whom have shared stories of assaults for which the statute of limitations has long since passed, he would join the 97 percent of rapists who never serve time.