Sponsor of Missouri’s “father knows best” bill: “It's not a woman's body with an abortion. It's a child's body”

GOP state Rep. Rick Brattin doubled down on his bill requiring women to get men's permission for an abortion 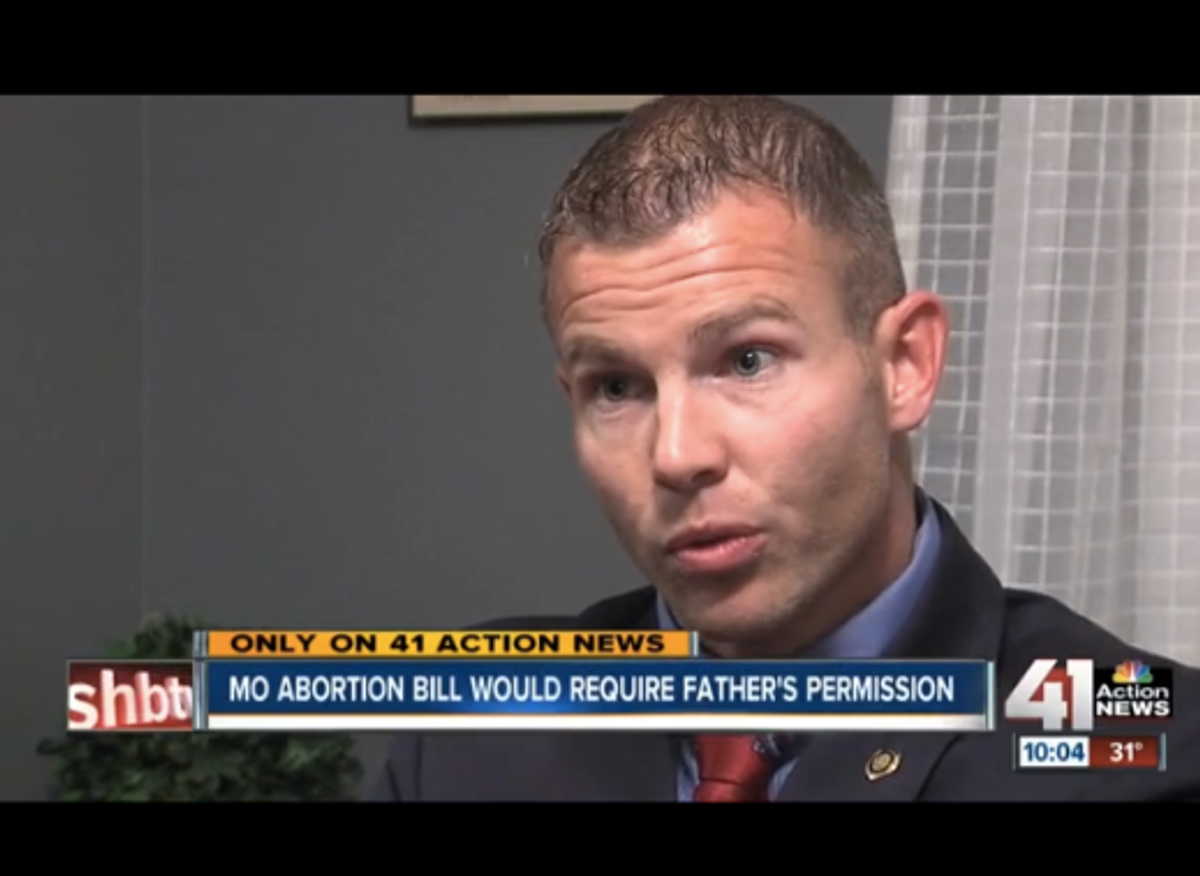 Facing criticism over a push to require women to seek a man’s written, notarized permission before having an abortion, the Republican state representative behind the bill has doubled down to defend it. According to the measure, “No abortion shall be performed or induced unless and until the father of the unborn child provides written, notarized consent to the abortion.”

“It took two to come together and create a child, and right now the way it is the woman gets the full say and the father gets no say, and I think that that needs to change,” state Rep. Rick Brattin said in an interview with 41 Action News. “With the women's movement for equal rights, well it's swung so far we have now taken away the man's right and the say in their child's life.”

Asked about the criticism he’s received over the bill, which includes exceptions for life endangerment and "legitimate rape" but not victims of intimate partner violence, Brattain said, “Well it's not a woman's body with an abortion. It's a child's body. It's a child's life that's taken. The woman's life is not altered.”

Brattin also said that he expects the “militant feminist movement” to fight him over the measure.

The bill died in committee last year, but Republicans currently hold supermajorities in both chambers. (The question remains if the measure would survive a legal challenge. The Supreme Court has previously found that requiring a woman to alert her spouse before having an abortion is unconstitutional.)

According to 41 Action News, Missouri Republican Party chairman Ed Martin said he hadn’t looked at Brattin’s bill just yet, but that his party is generally supportive of restrictions on abortion. “The Republican party's platform is very clear that life begins at conception, and we think abortion is wrong,” Martin said. “When we see bills that are trying to address the seriousness of abortion, we certainly are encouraging.”

“I would not even characterize this as an abortion restriction,” Planned Parenthood’s Kansas and Mid-Missouri CEO Laura McQuade told 41 Action News in a comment on the bill. “This is a human rights violation when it comes to suggesting that women would need permission in order to obtain the healthcare that they decide is right for themselves.”