Religious belief the world over has a strenuous relationship with intellectualism. But why? 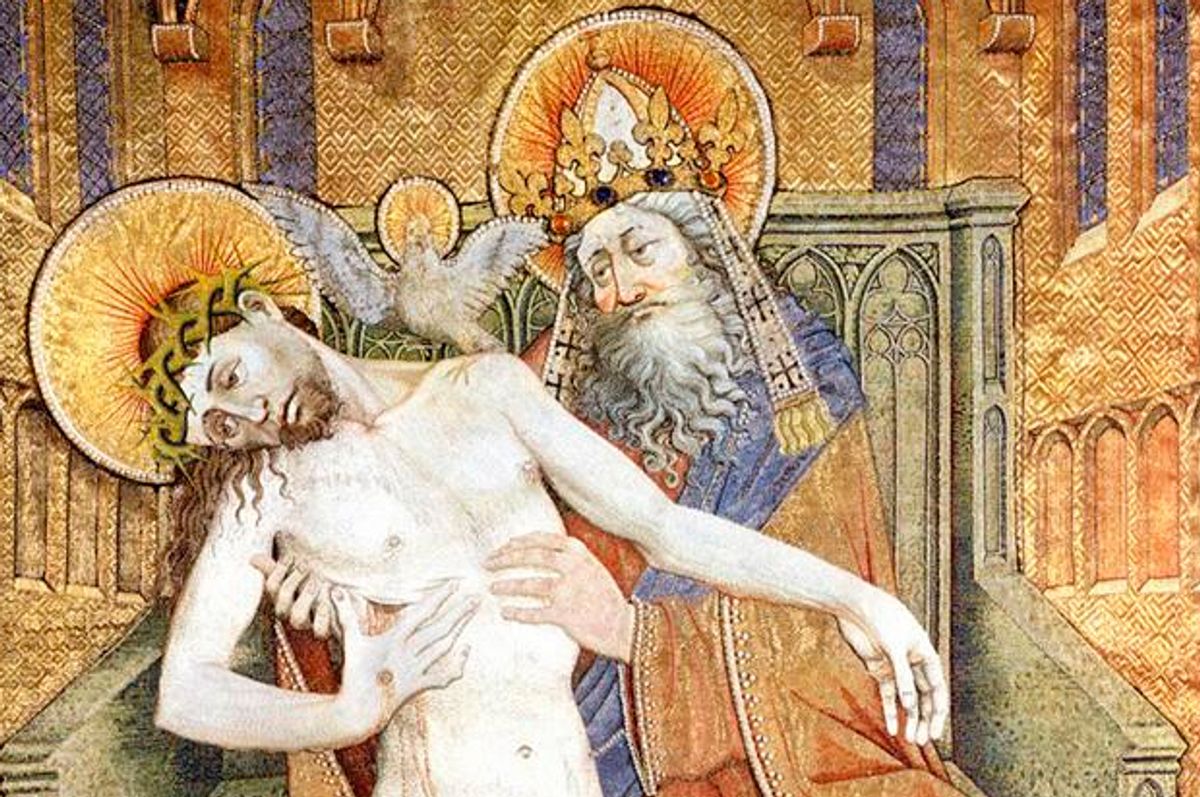 Should you believe in a God? Not according to most academic philosophers. A comprehensive survey revealed that only about 14 percent of English speaking professional philosophers are theists.  As for what little religious belief remains among their colleagues, most professional philosophers regard it as a strange aberration among otherwise intelligent people. Among scientists the situation is much the same. Surveys of the members of the National Academy of Sciences, composed of the most prestigious scientists in the world, show that religious belief among them is practically nonexistent, about 7 percent.

Now nothing definitely follows about the truth of a belief from what the majority of philosophers or scientists think. But such facts might cause believers discomfort. There has been a dramatic change in the last few centuries in the proportion of believers among the highly educated in the Western world. In the European Middle Ages belief in a God was ubiquitous, while today it is rare among the intelligentsia. This change occurred primarily because of the rise of modern science and a consensus among philosophers that arguments for the existence of gods, souls, afterlife and the like were unconvincing. Still, despite the view of professional philosophers and world-class scientists, religious beliefs have a universal appeal. What explains this?

Today there are two basic explanations offered. One says that religion evolved by natural selection—religion is an adaptation that provides an evolutionary advantage. For example religion may have evolved to enhance social cohesion and cooperation—it may have helped groups survive. The other explanation claims that religious beliefs and practices arose as byproducts of other adaptive traits. For example, intelligence is an adaptation that aids survival. Yet it also forms causal narratives for natural occurrences and postulates the existence of other minds. Thus the idea of hidden Gods explaining natural events was born.

There is also a strong correlation between religious belief and various measures of social dysfunction including homicides, the proportion of people incarcerated, infant mortality, sexually transmitted diseases, teenage births, abortions, corruption, income inequality and more. While no causal relationship has been established, a United Nations list of the 20 best countries to live in shows the least religious nations generally at the top. Only in the United States, which was ranked as the 13th best country to live in, is religious belief strong relative to other countries. Moreover, virtually all the countries with comparatively little religious belief ranked high on the list of best countries, while the majority of countries with strong religious belief ranked low. While correlation does not equal causation, the evidence should give pause to religion’s defenders. There are good reasons to doubt that religious belief makes people’s lives go better, and good reasons to believe that they make their lives go worse.

Despite all this most people still accept some religious claims. But this fact doesn’t give us much reason to accept religious claims. People believe many weird things that are completely irrational—astrology, fortunetelling, alien abductions, telekinesis and mind reading—and reject claims supported by an overwhelming body of evidence—biological evolution for example. More than three times as many Americans believe in the virgin birth of Jesus than in biological evolution, although few theologians take the former seriously, while no serious biologist rejects the latter!

Consider too that scientists don’t take surveys of the public to determine whether relativity or evolutionary theory are true; their truth is assured by the evidence as well as by resulting technologies—global positioning and flu vaccines work. With the wonders of science every day attesting to its truth, why do many prefer superstition and pseudo science? The simplest answer is that people believe what they want to, what they find comforting, not what the evidence supports: In general, people don’t want to know; they want to believe. This best summarizes why people tend to believe.

Why, then, do some highly educated people believe religious claims? First, smart persons are good at defending ideas that they originally believed for non-smart reasons. They want to believe something, say for emotional reasons, and they then become adept at defending those beliefs. No rational person would say there is more evidence for creation science than biological evolution, but the former satisfies some psychological need for many that the latter does not. How else to explain the hubris of the philosopher or theologian who knows little of biology or physics yet denies the findings of those sciences? It is arrogant of those with no scientific credentials and no experience in the field or laboratory, to reject the hard-earned knowledge of the science. Still they do it. (I knew a professional philosopher who doubted both evolution and climate science but believed he could prove that the Christian God must take a Trinitarian form! Surely something emotional had short-circuited his rational faculties.)

Second, the proclamations of educated believers are not always to be taken at face value. Many don’t believe religious claims but think them useful. They fear that in their absence others will lose a basis for hope, morality or meaning. These educated believers may believe that ordinary folks can’t handle the truth. They may feel it heartless to tell parents of a dying child that their little one doesn’t go to a better place. They may want to give bread to the masses, like Dostoevsky’s Grand Inquisitor.

Our sophisticated believers may be manipulating, using religion as a mechanism of social control, as Gibbon noted long ago: "The various modes of worship which prevailed in the Roman world were all considered by the people as equally true; by the philosophers as equally false; and by the magistrate as equally useful.” Consider the so-called religiosity of many contemporary politicians, whose actions belie the claim that they really believe the precepts of the religions to which they supposedly ascribe. Individuals may also profess belief because it is socially unacceptable not to; they don’t want to be out of the mainstream or fear they will not be reelected or loved if they profess otherwise. So-called believers may not believe the truth of their claims; instead they may think that others are better off or more easily controlled if those others believe. Or perhaps they may just want to be socially accepted.

Third, when sophisticated thinkers claim to be religious, they often have something in mind unlike what the general populace believes. They may be process theologians who argue that god is not omnipotent, contains the world, and changes. They may identify god as an anti-entropic force pervading the universe leading it to higher levels of organization. They may be pantheists, panentheists, or death-of-god theologians. Yet these sophisticated varieties of religious belief bear little resemblance to popular religion. The masses would be astonished to discover how far such beliefs deviate from their theism.

If we combine reasonable explanations of the origin of religious beliefs and the small amount of belief among the intelligentsia with the problematic nature of beliefs in gods, souls, afterlives or supernatural phenomena generally, we can conclude that (supernatural) religious beliefs are probably false. And we should remember that the burden of proof is not on the disbeliever to demonstrate there are no gods, but on believers to demonstrate that there are. Believers are not justified in affirming their belief on the basis of another’s inability to conclusively refute them, any more than a believer in invisible elephants can command my assent on the basis of my not being able to "disprove" the existence of the aforementioned elephants. If the believer can’t provide evidence for a god’s existence, then I have no reason to believe in gods.

In response to the difficulties with providing reasons to believe in things unseen, combined with the various explanations of belief, you might turn to faith. It is easy to believe something without good reasons if you are determined to do so—like the queen in "Alice and Wonderland" who “sometimes … believed as many as six impossible things before breakfast.” But there are problems with this approach. First, if you defend such beliefs by claiming that you have a right to your opinion, however unsupported by evidence it might be, you are referring to a political or legal right, not an epistemic one. You may have a legal right to say whatever you want, but you have epistemic justification only if there are good reasons and evidence to support your claim. If someone makes a claim without concern for reasons and evidence, we should conclude that they simply don’t care about what’s true. We shouldn’t conclude that their beliefs are true because they are fervently held.

Another problem is that fideism—basing one’s beliefs exclusively on faith—makes belief arbitrary, leaving no way to distinguish one religious belief from another. Fideism allows no reason to favor your preferred beliefs or superstitions over others. If I must accept your beliefs without evidence, then you must accept mine, no matter what absurdity I believe in. But is belief without reason and evidence worthy of rational beings? Doesn’t it perpetuate the cycle of superstition and ignorance that has historically enslaved us? I agree with W.K. Clifford. “It is wrong always, everywhere and for everyone to believe anything upon insufficient evidence.” Why? Because your beliefs affect other people, and your false beliefs may harm them.

The counter to Clifford’s evidentialism has been captured by thinkers like Blaise Pascal, William James, and Miguel de Unamuno. Pascal’s famous dictum expresses: “The heart has its reasons which reason knows nothing of.” William James claimed that reason can’t resolve all issues and so we are sometimes justified believing ideas that work for us. Unamuno searched for answers to existential questions, counseling us to abandon rationalism and embrace faith. Such proposals are probably the best the religious can muster, but if reason can’t resolve our questions then agnosticism, not faith, is required.

Besides, faith without reason doesn’t satisfy most of us, hence our willingness to seek reasons to believe. If those reasons are not convincing, if you conclude that religious beliefs are untrue, then religious answers to life’s questions are worthless. You might comfort yourself by believing that little green dogs in the sky care for you but this is just nonsense, as are any answers attached to such nonsense. Religion may help us in the way that whisky helps a drunk, but we don’t want to go through life drunk. If religious beliefs are just vulgar superstitions, then we are basing our lives on delusions. And who would want to do that?

Why is all this important? Because human beings need their childhood to end; they need to face life with all its bleakness and beauty, its lust and  its love, its war and its peace. They need to make the world better. No one else will.

John G. Messerly is the author of “The Meaning of Life: Religious, Philosophical, Scientific, and Transhumanist Perspectives.” He blogs these issues daily at reasonandmeaning.com. You can follow him on Twitter @hume1955.