“Homeland” and "The Affair's" disastrous finales: Why shows should never force a worn-out premise

These episodes taught us that when the main conceit of a show no longer works, it's best to find a new one 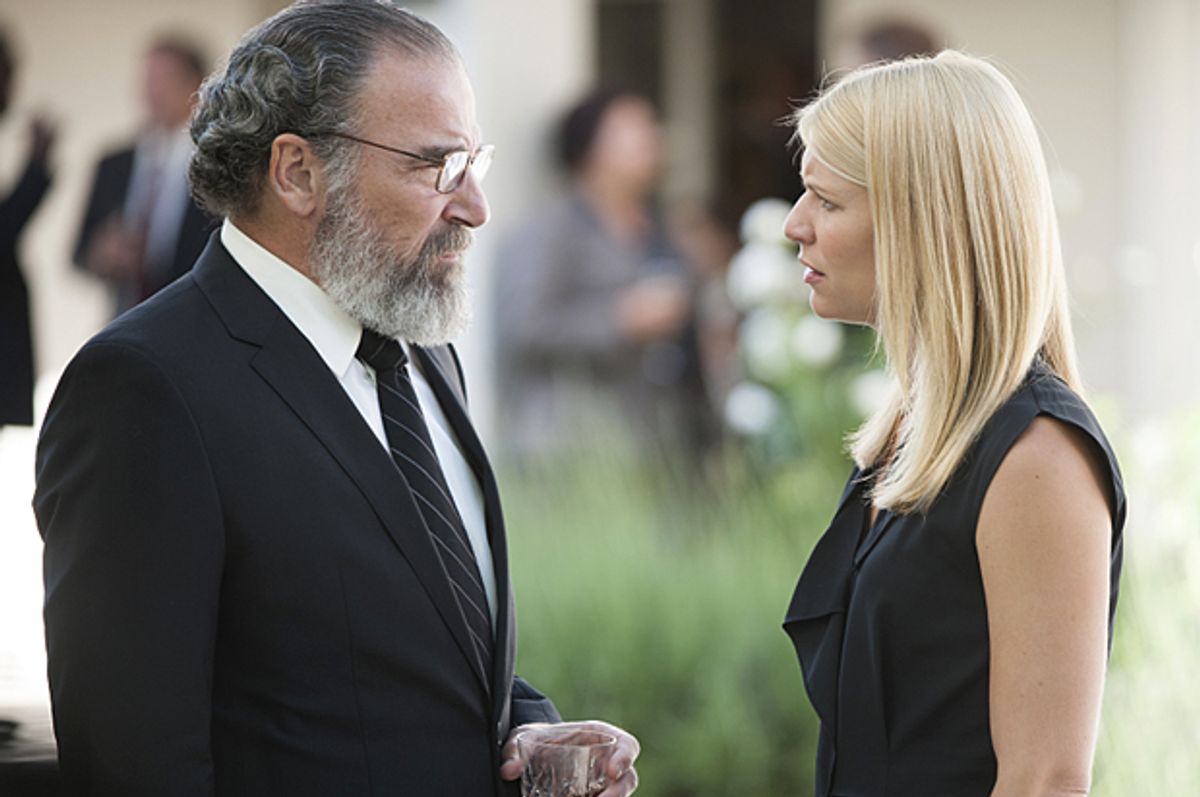 Significant plot details for the season finales of both shows follow.

It wasn’t a bad night for Showtime—just a weird one. The network scheduled their long-running “Homeland” and their freshman drama “The Affair” to end their seasons on the same night—last night, to be exact. And both ended not with a bang, not with a whimper, but with a perplexing “huh?”

In “Homeland”’s defense, the show has been sprinting to keep up with production hurdles ever since its explosive and memorable first season. Keeping Brody alive meant that the show had to scrap its game plan; but while his complicated relationship with Carrie was the foundational relationship of the drama, from a plot perspective, his continued existence made less and less sense. It took “Homeland” a full season and a half to write Brody out of the story in a way that made some amount of sense—and even then, it was hardly a perfect send-off.

Season four of “Homeland” became the opportunity for the show to be what it always intended to be—a story centered on Carrie Mathison’s struggle. (Brody was supposed to die at the end of season one.) It’s both failed and succeeded on that front. The war on terror depicted in this season is dark, cynical, and bloody; Carrie and her companions have become morally uncomplicated, jingoist patriots. It’s a video game; it’s an action movie. And though it reclaimed some of the suspense it left by the wayside in season three, as Margaret Lyons at Vulture observes, “the show has already abandoned the very things that made it special.”

The fourth-season finale—“Long Time Coming”—reads like a disappointing, hackneyed attempt to bring nuance back to the show. Actor James Rebhorn, who played Carrie’s father, died before filming season four, which “Homeland” was going to have to deal with at some point; it ended up doing so by handling his death in the 11th hour of the finale, inserting some words they hope he would have said into the mouth of a random friend Carrie runs into at a park. And his death revives a specter that fans of the show didn’t really know existed—that of Carrie’s mother, who apparently walked out on her family several years ago, and never returned since. It’s hard to not read “Homeland”’s plotting as substituting one problematic parent for another; it’s harder still to not see desperation under the skin.

So, an explosive season that killed off one of the show’s best characters and dragged all the others through horror ends with Carrie driving to Missouri to seek out an estranged parent—discovering a half-brother along the way. It’s not necessarily bad, but it just doesn’t follow. The dots do not connect. And where, I wondered, is Carrie’s self-reflection on the way she manipulated Saul, the way she destroyed Aayan’s life, how she was responsible (to some degree) for Fara’s death? While you could argue that “Homeland” earned the right to play with parentage, as Carrie has become a reluctant mother herself, I found myself surprised at how the show plastered over her fraught relationship to motherhood by portraying her as involved and affectionate. It’s hard to take the show’s plotting seriously if even its characters aren’t taking it seriously.

The problem, I think, is that “Homeland”’s run out of stories it can tell about Carrie Mathison. Because the stories centered on Saul and Peter Quinn generally ended up landing. Saul’s transformation into one of Dar Adal’s cronies is probably the most interesting thing to happen all season, if only because it’s one of the few ways the show is really engaging with the moral complexity of foreign policy in that region of the world. And though Claire Danes and Rupert Friend have nothing like the chemistry that she had with Damian Lewis, the largely one-sided romance between Peter and Carrie made some kind of sense for his character, if not so much for hers. “Long Time Coming” finally gave them a chance to make out with some desperation, but then quickly scuttled it—more interested, perhaps, in what Quinn does with a broken heart than in exploring a relationship for the two of them.

And speaking of not wanting to tell the story of a relationship...

“The Affair” has stumbled a little through its first season, taking the brilliance of Sarah Treem and Hagai Levi’s premise and stretching it out over 10 episodes. Each episode tells the events of the same period of time, but from the point of view of two different characters—two characters who end up falling in love with each other and having the titular affair. One is Noah, played by Dominic West, and the other is Alison, played by Ruth Wilson. (One of the more bizarre elements of “The Affair” is that the lead couple is played by two British actors aping American accents.) The split narrative, exploring memory and the convenience of the lies we tell ourselves, engages the audience in a constant game of trying to find something like the truth in the gulf between two characters’ very different experiences of the world. (Treem shared some thoughts on the device with Alan Sepinwall at HitFix that are illuminating.)

But the show has used this device to tell the story of not just a love story but a murder, too—using the interrogation of a Detective Jeffries to force the characters to explain how their affair began, and how it evolved. In last night’s “Chapter 10,” the show jumped from moody mystery to melodramatic gun-waving, as the subject of the murder and the story’s timeline finally come to light. But after nine episodes of careful and slow buildup, the conclusion seems kind of dumb. The murder is that of Alison’s ex-husband’s brother, Scott, who conducted a love affair and impregnated Noah’s daughter, the almost 17-year-old Whitney. But “Chapter 10” doesn’t get as far as the murder—it instead brings all the characters together at a ranch in Montauk for a confrontation involving a gun that literally shows up out of nowhere. In Noah’s memory, he’s pulled away from beating the shit out of Scott to stare down the barrel of a gun. When he looks left, he sees his wife, Helen; when he looks right, he sees Alison. He must choose! In Alison’s memory, her husband draws a gun and points it at her lover, and she has to convince him to put the gun down. She must choose! I think there is a theme here, everyone, heightened by the presence of a deadly weapon.

Ban guns—both on the streets and in the third acts of subtle dramas. Because no matter how interesting the moments leading up to this scene are—from Alison’s tortured near-suicide, in “Chapter 9,” to Noah’s novel-writing montage, in “Chapter 10”—introducing the trope of a loaded gun is bizarre, jarring storytelling in a story that already has a murder that has nothing to do with that gun. “The Affair” then continues its journey through the terrain of unearned drama by skipping ahead to Noah’s arrest—which reveals to the audience that Noah and Alison, in the timeline with the police interrogation, are married with a daughter, in a swanky loft in Manhattan. And then policemen show up at his door and arrest him.

It feels a little like Sarah Treem wrote the first nine-and-a-half episodes of “The Affair” and then turned the final thirty minutes over to Michael Scott from “The Office.” (“What is the most exciting thing that could happen on TV, or in movies, or in real life? Somebody has a gun.”) And it reflects not just hackneyed storytelling but a loss of interest, perhaps, in the show’s main couple. Throughout the season, Noah and Alison have tried the audience’s patience, while Cole and Helen, their jilted spouses, have been far more textured and sympathetic. Treem told E! she’s considering including more perspectives in the second season. I hope she does—if there’s any lesson to be learned from “Homeland,” it’s that when your main premise stops working, it’s OK to find a new one.