Corporate America's 5 most despicable acts of 2014

Sony wasn't the only multinational to embarrass itself. Who can forget Comcast's nightmare customer service? 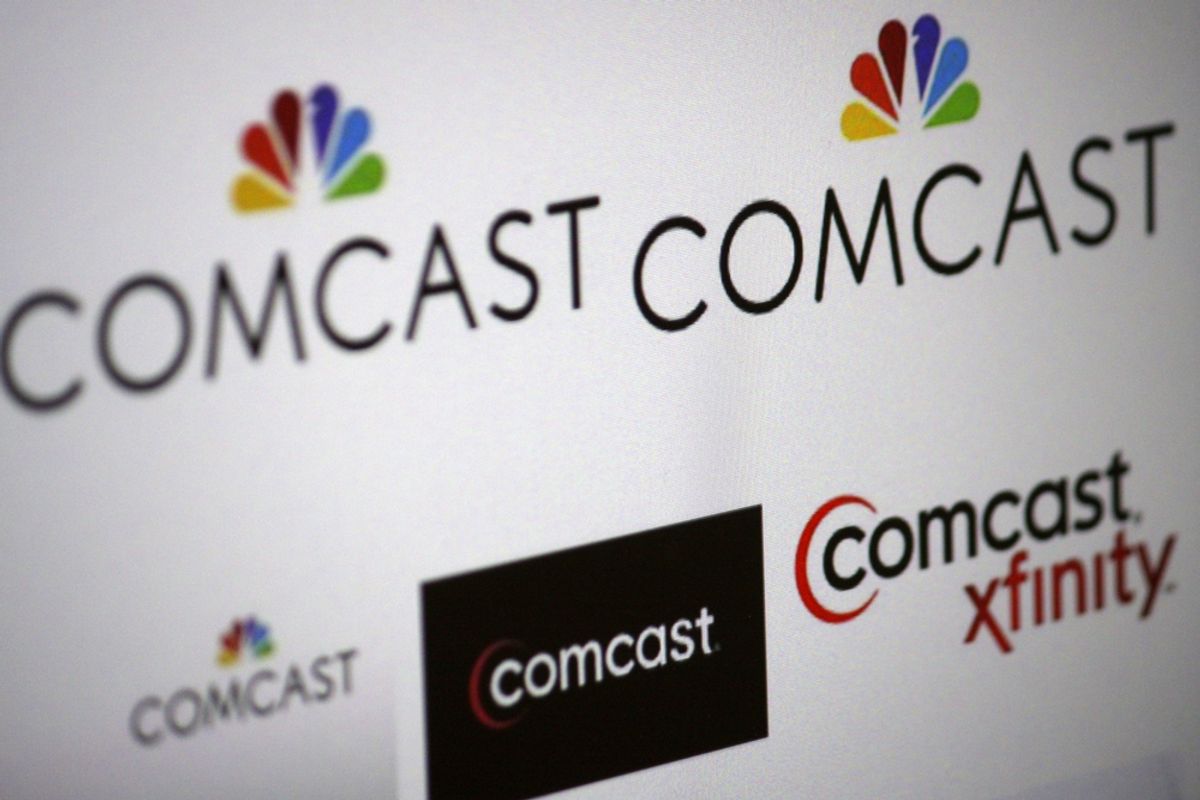 It’s that time of year, when we look back over the past 12 months to remember America’s most offensive and irresponsible corporate actions against citizens. The field is crowded, ladies and gentlemen, but five companies stand out for achieving new and spectacular heights in making a mockery of decent human values. From the cowardly to the stupid to the dangerous, here are some of the worst of the worst of 2014.

1. Uber: Terrorism is profitable. Taxi app Uber, which has now reached an astonishing valuation of $40 billion, has put the pedal to the metal on anti-social activity over the last year. Its misdeeds range from ripping off drivers, to blowing up prices during peak times, to using shady tactics to squash rivals, to failing to run background checks on drivers, one of whom was arrested for kidnapping a woman and taking her to a motel to sexually assault her.

Uber then decided that reporters who shared unflattering stories about the company might need a little “opposition research” to give the news media "a taste of its own medicine." Emil Michael, senior vice president of business, suggested his company should spend $1 million to dig up dirt on journalists who dare to criticize it. BuzzFeed reported that Uber gained access to the personal travel data of one of its reporters without her consent while she was writing an article about the company.

That’s pretty disgusting, but this is the piece de resistance: In Sydney, Australia, Uber jacked up prices for rides to four times the normal rate during the recent armed hostage crisis which left three people dead. Nothing like a terrorist attack to raise the profit margin!

2. Sony Pictures Entertainment: Free speech be damned. Then we have Sony, a major Hollywood studio, which on November 24 was hacked by a group calling itself the Guardians of Peace. A great deal of private company data was suddenly made public, and many have pointed the finger at North Korea's cyber attack squad for the leak. Several months ago, North Korea had threatened to retaliate for the release of The Interview, a comedy depicting the assassination of North Korean leader Kim Jong-un.

The hacks have revealed some bad things going on at Sony, including what appears to be a habit of paying high-profile men more than women for the same work and a series of stomach-turning emails between two Sony bigwigs making racist remarks about President Obama’s supposed taste in films.

But what’s worse is what Sony decided to do when the hackers threatened terror attacks on theaters showing the film. Sony dropped the picture, a move which violates basic American values of free speech. As James Poniewozik, Time Magazine's TV critic points out, even if theaters were afraid to show the film, Sony could immediately stream it on demand. Sony’s action also may put American citizens at greater risk going forward because in the wake of such a spectacular pay-off, such threats of terrorism may well increase: It “gives angry parties — foreign states or anyone with an axe to grind — incentive to do it again,” Poniewozik wrote.

3. Aetna: Good Samaritans deserve bankruptcy. Health insurers are pretty formidable in the screw-you-over category, but Aetna outdid itself this year. The company was reported to have billed a man $165,000 for “out-of-network” care when he received injuries while trying to rescue a teenaged girl from a terrible car accident in 2013. This Good Samaritan ended up with second- and third-degree burns while trying to save another human being’s life, and landed in the hospital for a week.

Aetna rewarded him for his bravery by refusing to cover his care on the excuse that his injuries “were not severe enough to require acute-care treatment for a week” at a burn unit that was out-of-network. The man provided documentation and letters from doctors stating that his care was appropriate, but got nowhere with Aetna. He kept fighting and finally got an independent examiner to determine that Aetna should pay half the claim, and eventually the medical facility itself waived charges. If there were ever a case showing that American corporate behavior is out of line with American values, Aetna wins the prize.

4. Comcast: Welcome to customer service hell. Who doesn’t despise Comcast? The company has committed itself to spreading misery from the mountains to the prairies at every opportunity. The result is an I Hate Comcast Facebook page and even a dedicated comcastmustdie.com website.

Who can forget this past summer’s infamous recording of customer and former Engadget editor-in-chief Ryan Bloc trying to disconnect his service while being treated to the insane ministrations of a customer service representative straight out of a Kafka novel? Then there was the case of graphic artist Adam Fraim, who simply tried to move his service from one location to another and got a bill from Comcast for a $2,789 cancellation fee. Never mind that Fraim was not canceling, and had even arranged a service appointment to turn on cable at his new location. And let’s not forget Hillary Murphy, who was watching the World Series and just a few days from giving birth when a Comcast technician, after twice rescheduling, arrived at her Orinda, CA house to move a telephone line and replace her set-top box with the latest version, only to cause her Internet, phone and television to go down for four straight days, causing a panicked Murphy enormous stress as she tried to get the company to respond. And so on. Is death by customer service possible? Possibly.

5. Walmart: Holidays are for fat-shaming. Walmart is no stranger to worst-of lists and joins us yet again this year for star billing. In between finding new and creative ways to abuse employees by tactics ranging from stealing wages to brand-new pregnancy discrimination charges, and supporting the horrific treatment of animals, the company made time to fat-shame America’s women with a revolting Halloween promotion.

For plus-sized women, the company offered a selection of outfits under the heading, "Fat Girl Costumes." After a social media outcry, Walmart backtracked, issuing an apology and then changing the heading to “Women’s Plus-Size Halloween Costumes.” When it comes to size, Walmart is a giant among corporate miscreants.