From "belfies" to the blue stage blur: Bad Instagram habits to break in 2015

How to be a better 'grammer: Our roundup of Instagram New Year's resolutions 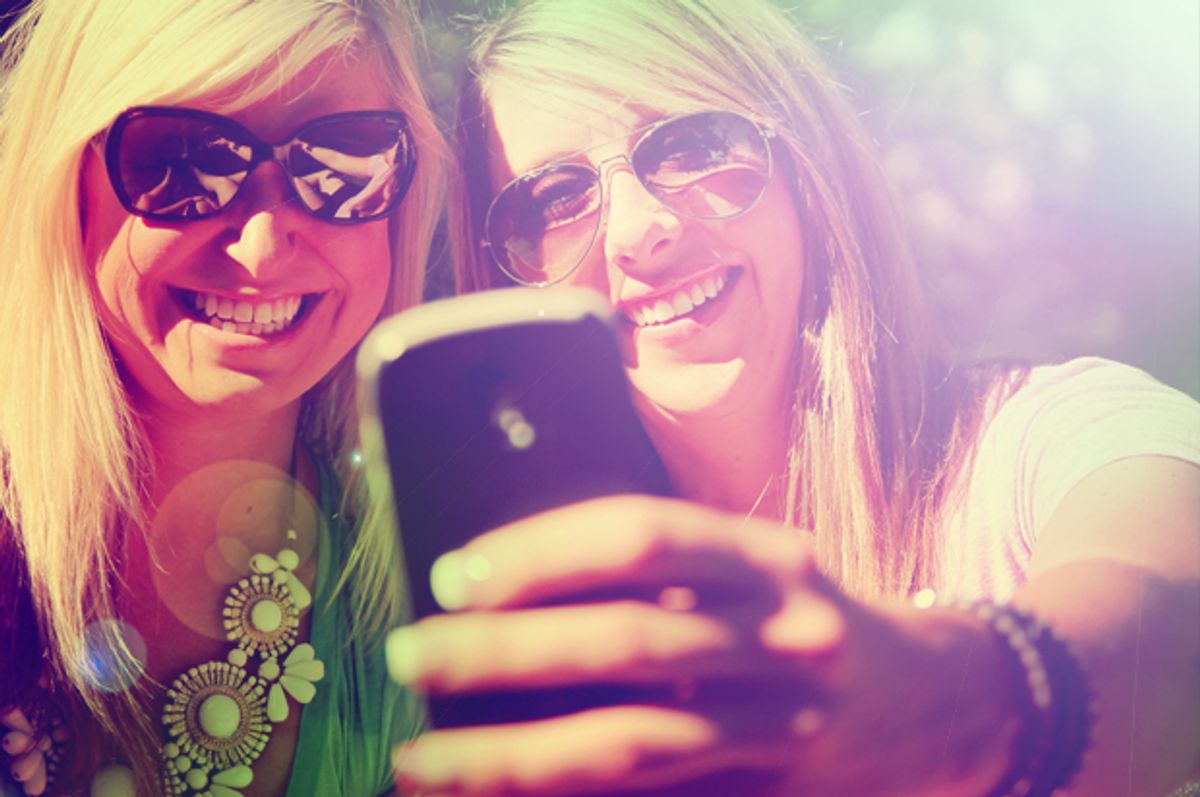 Instagram is now bigger than Twitter, meaning one snapshot of a Starbucks latté is worth 144 characters on why your name is misspelled on the cup. There are more than 300 million Instagram users sharing pictures of themselves and their pets with the world. It makes sense. The focus on visual content helps break language barriers that can segregate other social networks like Twitter and Facebook (which owns Instagram), both of which have seen the importance of photos and video grow.

So if you’re not already on Instagram, you probably will be soon.  And while you already know not to post a picture of every taco you order, there are other annoying tropes of Instagram that appear with alarming frequency. Resolve to break these bad habits—or not pick them up in the first place—in the new year.

The straightforward selfie is so last year. Advanced show-offs like the Kardashians now favor the belfie, a backward-facing selfie that requires advanced mirror skills, but chances are slim that mortals can pull off that move. The art of the art selfie is depreciating with every share. If you must take self-portraits in a public bathroom mirror, don’t block your face with your phone. That’s barely a step up from the headless cleavage/midriff selfie. Thinking of showing off your home manicure? Don't clutch the nail polish bottle like a hand grenade. Try wrapping your painted fingernails around something unexpected like a fishing pole, or an arcade game joystick, or a pregnancy test. Selfies in bed? Nobody’s buying that #nofilter.

The “boob mandate” does not apply

Accidental nudity on social media: could get you tons of new followers, could get you fired. “Real Housewives of Orange County” star Vicki Gunvalson became a cautionary tale in December when she posted a snap of her Christmas present from her network. The shiny packaging of the headphones captured Gunvalson’s reflection—naked. Watch your surfaces or put some clothes on before you share your swag.

Tone it down, cat ladies

Some days it feels like the Internet should just let the cats take over, come what may. My own Instagram account is 99 percent photos of my adorable dog and surly cats, so I know. It’s immensely rewarding from a social standpoint—post a sunset, get five likes; post a shot of your dog doing the curious head-tilt and, boom, hearts are flying. Just know that you are—I am—dangerously close to becoming those people who use pictures of their kids as their Facebook profile photos. Go outside without your dog once in a while. Leave the cat alone, he obviously hates you. As we’ve come to expect, Taylor Swift makes good choices here. She has two clickbait-y Scottish folds, Olivia Benson and Meredith Grey, and yet her cat-posting frequency remains fairly restrained.

“Everything You Ever Wanted Is on the Other Side of Fear”: death by a thousand faux-inspirational quotes

There are times when I think Justin Bieber and Selena Gomez are subtweeting each other entirely in an inspirational Instagram quote war. Who is he talking to with “Don’t Let Instagram Define Your Self Worth”? Is she firing back with “I am simply trying to be better than the person I was yesterday”? Save it for Pinterest. We come to Instagram for weird pictures, not unattributed motivational clichés all-capped in cheesy fonts.

Food blogger backlash already taught you to stop taking pictures of your plate every time you sit down to brunch. For all but the most talented food stylists, feeding yourself is a baseline of adulthood and not really worth the caption. Just because Adam Levine was proud enough of his spaghetti to post a photo doesn’t mean you should be. But Instagram keeps getting sneakier about encouraging boring food pics. Don’t even start trying to keep up with the Bento hashtag, you’ll never get out of the kitchen. The “symmetry breakfast” hashtag encourages photos of breakfast foods, arranged in symmetrical patterns. That’s not art, it’s waffles.

It feels so right in the moment: You’re so close to the stage, and your friends aren’t. But the sickly blue glow of the stage lights that looks so cool from the 10th row makes even the coolest stage look like a Ghost Hunters outtake. Is that Miranda Lambert or Adam Lambert? Oh, wait, the phone focused on the hair in front of you, not the star onstage.

Screen grabs of your iTunes, your texts, your gchats, even (seriously) your tweets? Keep them in their native habitats where they belong. Nobody needs a grainy snapshot of the “Scandal” title card, let alone a shaky, pixelated video. Iggy Azalea even shares screen grabs of emails from a very polite record label (or publicity firm?) employee named Steve tasked with updating her every week on the chart status of her latest single. Black Helvetica on a white background. I find myself studying them for clues. What do the asterisks mean? Sometimes he sprinkles in a few exclamation points. She has 6 million followers. What do I know?

Don’t follow too many celebrities, it will only make you weird

Increasingly, Instagram is the network stars' pick to give their fans a carefully curated peek behind the scenes into their private and professional lives, but a lot of the time it just means endless selfies. This can give you a lopsided idea of how self-involved you should be on Instagram. (The answer is more than Tina Fey, less than Katy Perry.) But celebrity Instagram isn’t all Kim Kardashian’s butt—Mindy Kaling’s account is refreshingly normal, if your version of normal includes texting with B.J. Novak. And Instagram is close to releasing “verified” badges like Twitter’s that let you know if that’s really Bernard Sumner trolling Rivers Cuomo hard. Is it?