Oregon players face team discipline for "No means no" chant

The chant apparently mocked Florida State University quarterback Jameis Winston, who was accused of rape in 2012 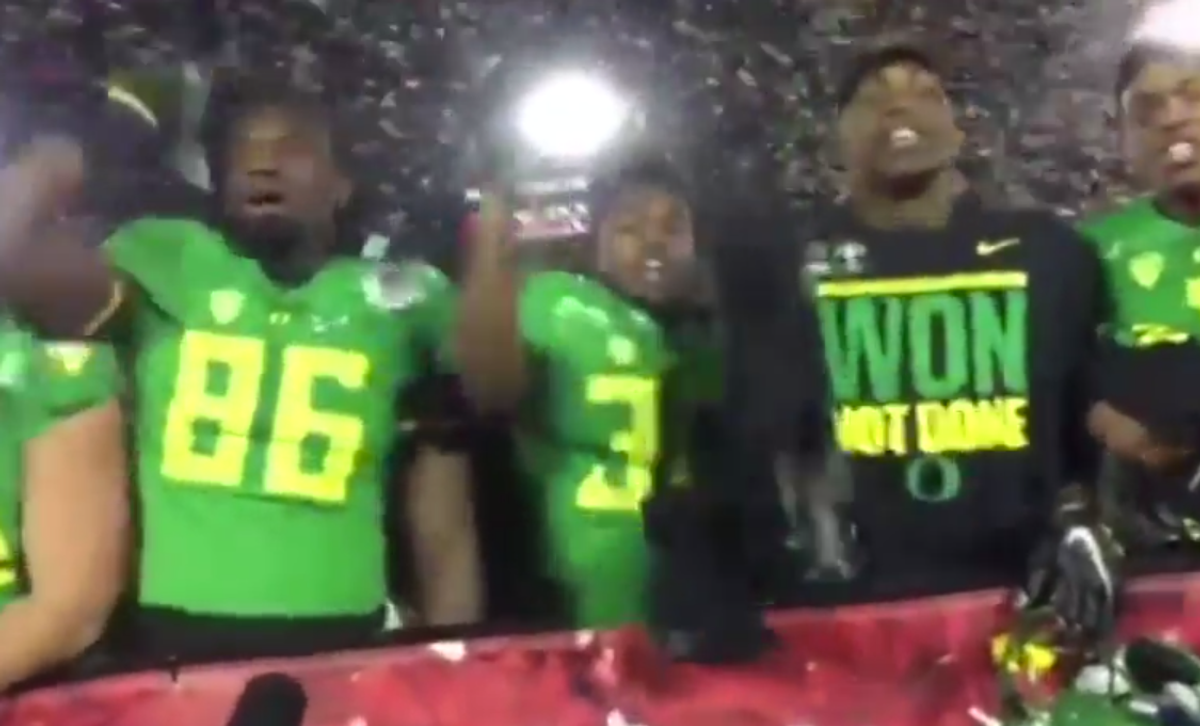 Several Oregon football players will face discipline for chanting "No means no," following their Rose Bowl win versus Florida State University on Thursday.

The players were identified by the Associated Press as "running back Kadi Benoit, linebacker Torrodney Prevot and a third player wearing a 'WON NOT DONE'" shirt; wide receiver Chance Allen was also seen participating in the chant.

The "No means no" chant -- to the tune of the FSU fan chant -- was apparently aimed at Florida State University quarterback Jameis Winston, who was accused of rape in 2012.

Winston was never charged following the accusations, and in December of 2014 he was cleared of violating FSU's student code of conduct. According to Time, an October report from Fox Sports "alleges that university administrators and Tallahassee police took steps to 'hide and then hinder' an investigation."

Oregon's coach, Mike Helfrich said in a statement that the players would face team discipline.

"We are aware of the inappropriate behavior in the postgame," Helfrich stated. "This is not what our program stands for, and the student-athletes will be disciplined internally."

Fox Sports Wests's Bear Heiser took a short video of the chant and shared it with the Associated Press. The video is below: