The devious paradox of American inequality: How the rich get richer by staying hidden

In the United States, visions of poverty are much more commonplace than extreme wealth. And that's an issue 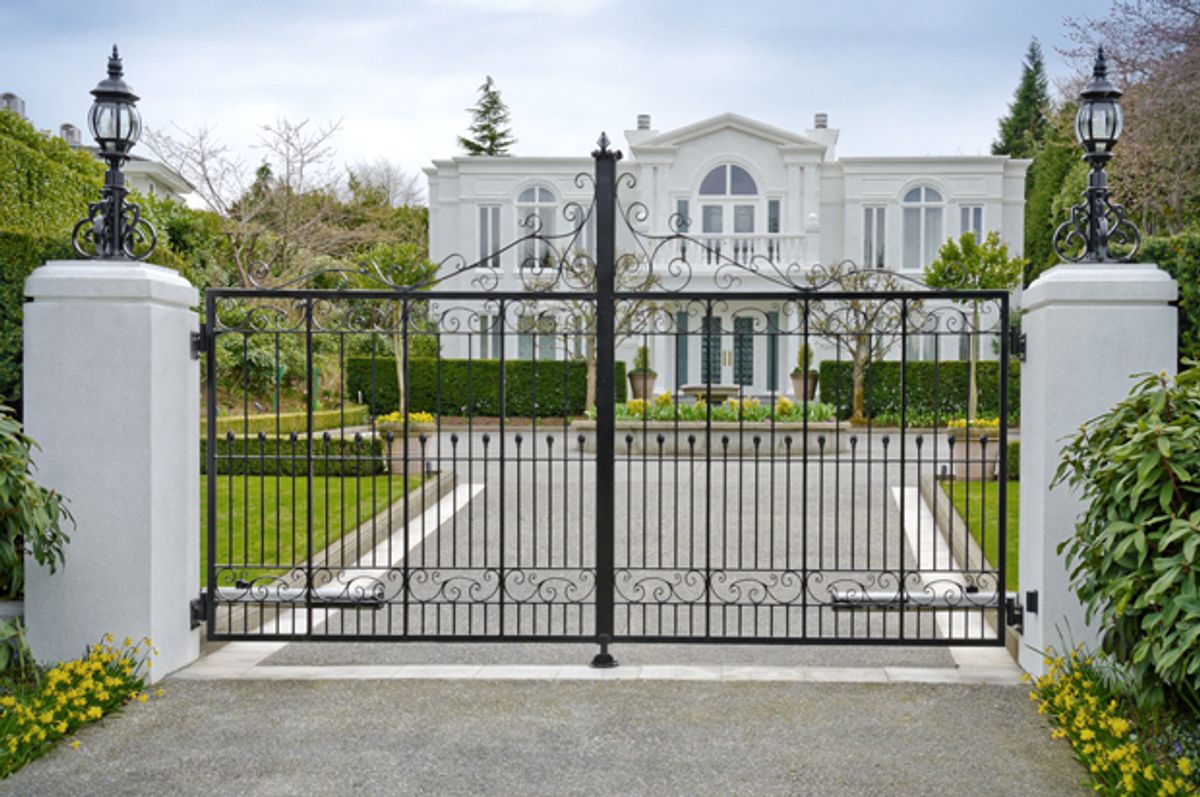 The southernmost road from Miami Beach to Miami is called the MacArthur Causeway. In good weather, it’s a blissful drive. Biscayne Bay is so near and bright that you can almost imagine you’re at the wheel of a boat instead of a car. The mainland greets the highway with a crowded comb of skyscrapers, a fine and sharp introduction to the city of Miami.

Perhaps the most remarkable sight, though, is of the three pill-shaped islands just north of the causeway. Dredged to life in the 1920s by the U.S. Army Corps of Engineers, these tiny isles boast some of America's most extravagant houses. On Star Island, the westernmost of the three, a vacant lot sold for $10 million this summer. Homes command two to three times that much; neighbors include Sean Combs and Rosie O’Donnell.

What’s unusual about Star Island, though, isn’t the concentration of luxury, but its proximity to a busy highway. The alabaster colonnades and turquoise pools are there for the gawking, just 200 yards across the bay.

It’s rare to come face to face with such heights of personal wealth in this country. The grandest homes are squired away, Biltmore-style, on large estates. The next class of mansions hides behind walls, gates or dense horticulture. Most wealthy Americans simply live in the suburbs, in the subtle but no less certain privacy of the periphery.

This is a relative peculiarity of the American city, whose gradual abandonment by the rich has little equivalent elsewhere in the world. By the late 20th century, cities like Cincinnati and Memphis had been abandoned by their downtown residential elite (and much of the middle class, too). In younger cities, like Phoenix and Houston, the rich never lived downtown to begin with. The economic historian Richard F. Muth has estimated that median income in American cities rises by 8 percent for every mile one moves away from downtown. Ten miles out, it has doubled.

This donut effect gives the American city a unique psychic aura: Poverty is more visible than wealth. When Jacob Riis wrote, a century ago, that one half of the world didn't know how the other half lived, he meant the rich didn't know much about the poor.

Today, that statement could easily be inverted. For decades, the deteriorating brick hulks of public housing projects have broadcast the despair of inner-city poverty to suburban commuters. But the top end of the country’s wealth spectrum has grown more and more obscure.

Of course, Americans have for years tuned their televisions to shows like Cribs, Real Housewives, Keeping up with the Kardashians, and the rest. But those programs portray wealth as spectacle, as a kind of surreal fiction.

Everyday extravagance is much less visible. The typical American city has no billion-dollar, 27-story residence looming over the skyline (like in Mumbai); few exclusive, central neighborhoods (like in London or Paris). The skylines here aren’t dotted with private pools, like in Kuala Lumpur or Lima. Opulence lurks unseen.

That may be one reason Americans don’t seem to rally around inequality as a political issue: It’s hard to see. The tremendous concentration of wealth at the upper end of America’s income spectrum isn’t reflected in our daily experience of the world. On paper, this may be another Gilded Age. In person, it doesn’t look like it.

“The contrast between the palace of the millionaire and the cottage of the laborer with us today,” Andrew Carnegie wrote in 1889, "measures the change which has come with civilization.” Carnegie, Frick, and the other industrialists of the era built their palaces along busy New York avenues, just a walk from some of the world’s greatest concentrations of poverty. The contrast was obvious to any city-dweller.

In subsequent generations, though, the wealthiest families would opt for a decidedly more private display on wealth. Today, segregation by income has become the dominant ordering force in American settlement. "If poor people knew how rich rich people are,” Chris Rock quipped last month, "there would be riots in the streets.”

You can understand wealth from the water, as in Biscayne Bay, or from the coves of Maryland’s Eastern Shore, where houses hidden from roads open up to the estuaries of the Chesapeake. You can see it from the air, too: On a satellite image of Long Island’s Nassau County, income appears to be color-coded by green and gray. (The wealthiest neighborhoods have more tree cover and open land.)

And, of course, you’re never far from the display of money in New York City. (Here, as in other things, New York more resembles other world cities than its American peers.) The city’s new, hotly discussed residential skyscraper, 432 Park Avenue, contains 104 apartments whose total price is greater than all the homes in Hartford, Connecticut.

Again, though, what’s striking is its visibility. Like the fortress in some medieval hill town, it so dominates the view of Midtown that it almost appears to be a trompe d'oeil. The building’s developer compared it to the Mona Lisa, “except instead of it looking at you, you’re looking at it wherever you are. You can’t escape it.”

It’s no accident that Bill de Blasio’s political rhetoric on inequality, with its revolutionary allusions, resonated here, in a city where the contrast between the haves and the have-nots is evident to anyone who looks up.

But as a national Democratic slogan, it’s not clear such a message has much fuel.

After touring the United States in the 1830s, the French writer Alexis de Tocqueville discerned the “love of well-being” to be the “national and dominant taste.” “I did not encounter a citizen in America so poor that he did not cast a glance of hope and longing on the enjoyments of the rich,” he wrote.

But de Tocqueville also believed that democracy tended to ward off the ostentatious display of riches; that the tastes of the wealthy did not reflect their holdings but instead conformed to a more broadly accessible idea of success.

Surely the Frenchman would change his tune if he could visit some of Los Angeles’ 21st-century homes. One has five swimming pools and a cantilevered tennis court. Another has a Turkish hammam and a ballroom that fits 250. A third has an operating room in the basement.

But Americans don’t see that on their way to work.