"And having studied the engineering behind it, I would happily drink it every day. It’s that safe" 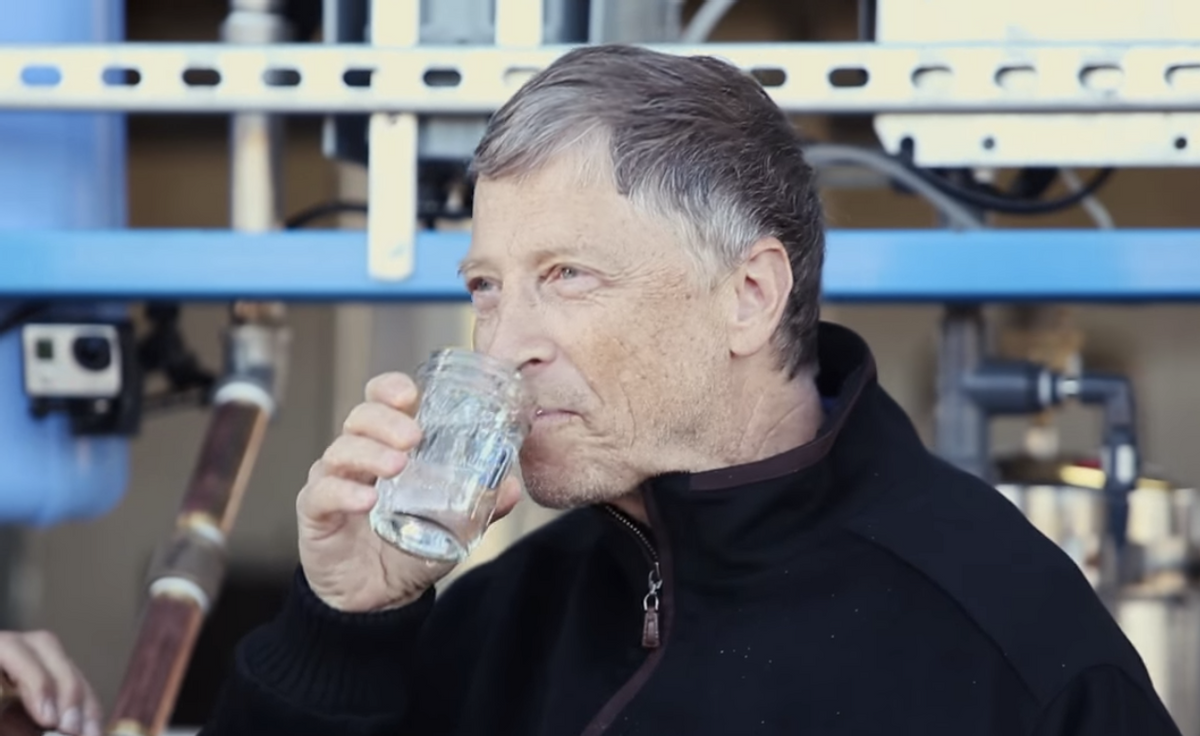 "I watched the piles of feces go up the conveyer belt and drop into a large bin. They made their way through the machine, getting boiled and treated. A few minutes later I took a long taste of the end result: a glass of delicious drinking water."

As explained in the video below, human waste goes into the machine where the sludge is heated in large tubes called "the dryer." The dryer separates the water vapor from the solids. The solids are burned to make steam to create electricity -- enough to power the machine, and provide excess that can go into the community. The water vapor is then sent through a filtration system and comes out as clean drinking water.

"The water tasted as good as any I’ve had out of a bottle," Gates wrote. "And having studied the engineering behind it, I would happily drink it every day. It’s that safe."

The three byproducts of this machine are electricity, water and a small amount of ash. And the goal of the machine is to create an affordable and healthy way to dispose of human waste -- with the added bonus of creating clean drinking water.  Around 780 million people lack access to clean drinking water, and many get sick and even die from waterborne pathogens in contaminated drinking water. As Gates puts it:

"Because a shocking number of people, at least 2 billion, use latrines that aren’t properly drained. Others simply defecate out in the open. The waste contaminates drinking water for millions of people, with horrific consequences: Diseases caused by poor sanitation kill some 700,000 children every year, and they prevent many more from fully developing mentally and physically."

Though the idea of drinking water that was just sewage sludge moments before may be unsettling, take it from Gates the water tastes good and could help improve sanitation worldwide. Watch below: