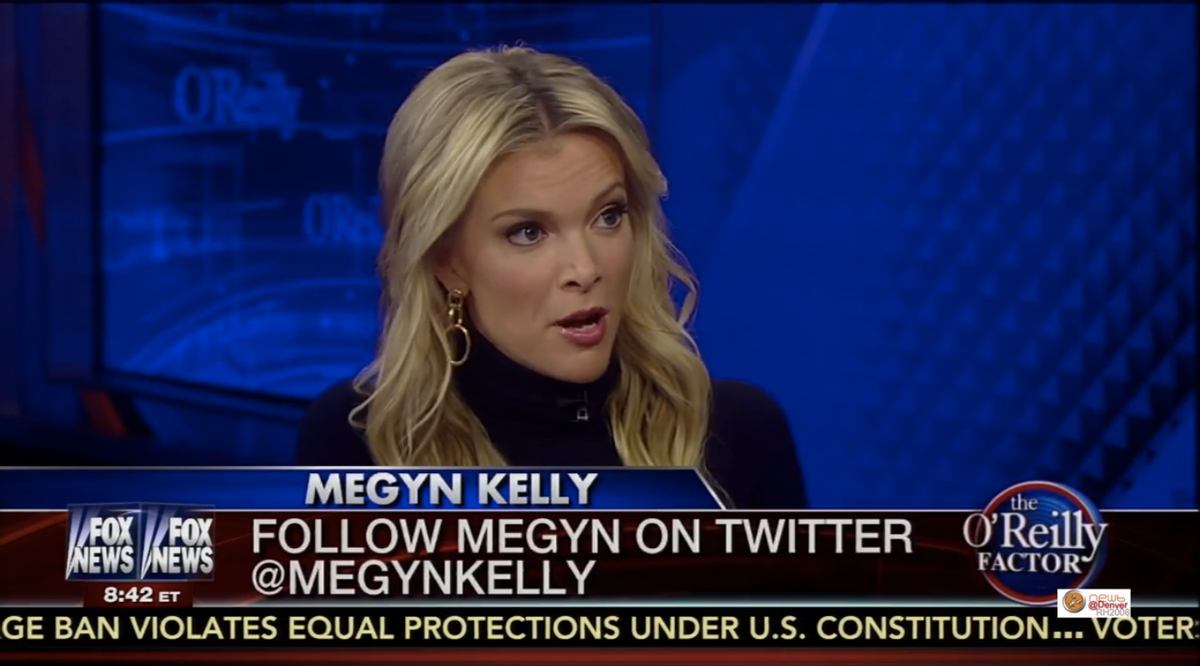 Lately, Bill O'Reilly has used his show "The O'Reilly Factor" as a pulpit with which to smash New York City's mayor Bill de Blasio for his relations with the city's police department. "He associated with provocateurs," O'Reilly said last month, calling for the mayor's resignation. He is "spitting in the face" of the NYPD, O'Reilly said on Monday night, again calling for the mayor's resignation.

So, it makes sense that O'Reilly would use any minor misstep on the part of de Blasio to further make the case that the mayor is wholly incompetent. Last night on "The O'Reilly Factor," though, that technique didn't fly.

O'Reilly invited fellow host Megyn Kelly to discuss de Blasio's recently announced decision to reappoint Brooklyn Criminal Court Judge Laura Johnson. Johnson had recently made news for her decision not to set bail for Devon Coley, 18, who had made death threats on social media aimed at the NYPD. She later released Travis Maye, 26, who punched a cop in the face and made further threatening comments directed at the police.

In a statement made shortly before he announced her reappointment, de Blasio said that Johnson acted “in compliance with the letter of the state’s laws on bail . . . judges must take into account all of the circumstances that contribute to the risk of flight, and that certainly includes the seriousness of the offense.”

O'Reilly, who was seemingly expecting a vitriolic takedown of the decision, was shocked when Kelly defended the mayor: "I don't think she did the right thing but I do think you're being too hard on her, and the mayor by extension."

"You say she didn't make a mistake? Come on," O'Reilly countered.

"No, I'm saying it's not as egregious as you say... The purpose of bail, Bill, is only to make sure the person shows up."

"That's the theory of it, but you know the purpose of bail is to keep bad hombres off the street," O'Reilly said, demonstrating his facility with the romantic language of español.

"Not true. Not in New York State."

Watch the clip below for a refreshing instance of an informed Fox News pundit.