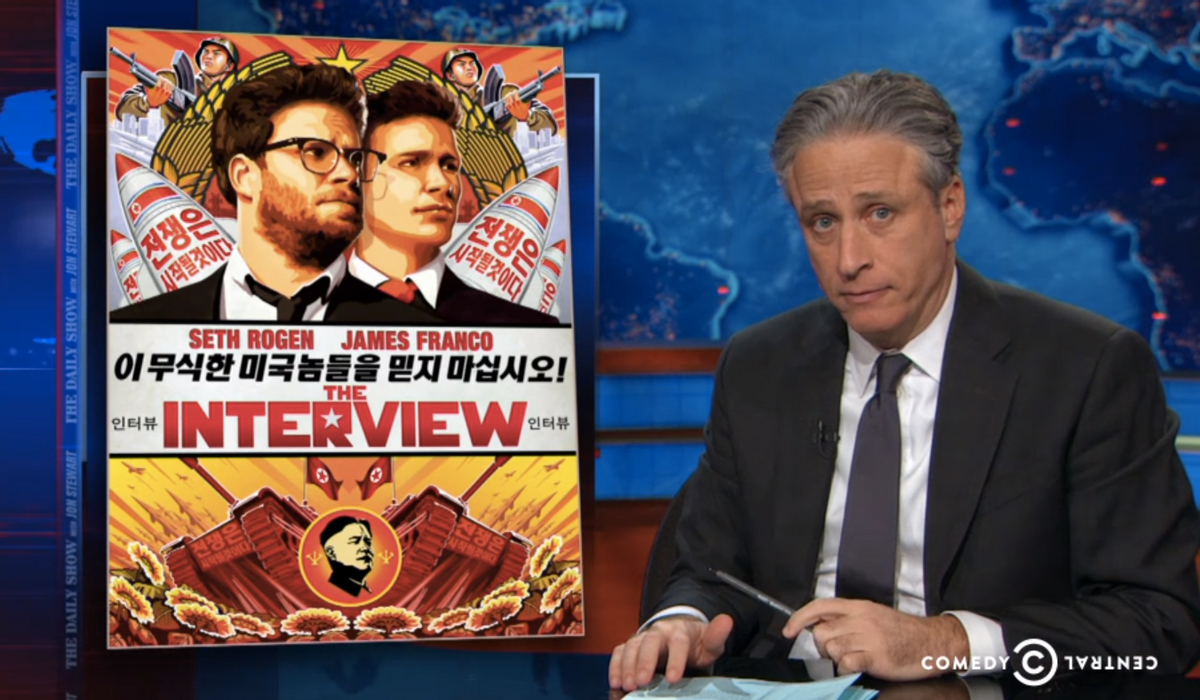 On Monday night's "The Daily Show," Jon Stewart addressed the new sanctions leveled on North Korea over the hacking of Sony Pictures and threats of "9/11-style" violence at theaters showing the Seth Rogan comedy "The Interview."

In true Jon Stewart fashion he pointed out the absurdity of it all. The Sony hack was a violation of American's privacy -- similar, "The Daily Show" states, to the actions of the NSA.

"At least when we spy on us we have the decency not to leak mean shit about Angelina Jolie," Stewart Jokes. "Monsters!"