#AmWriting, please RT: A few twitter offenses that are worse than retweeting compliments

Today, Vulture wonders whether retweeting compliments makes you a monster. Not compared to these moves, at least 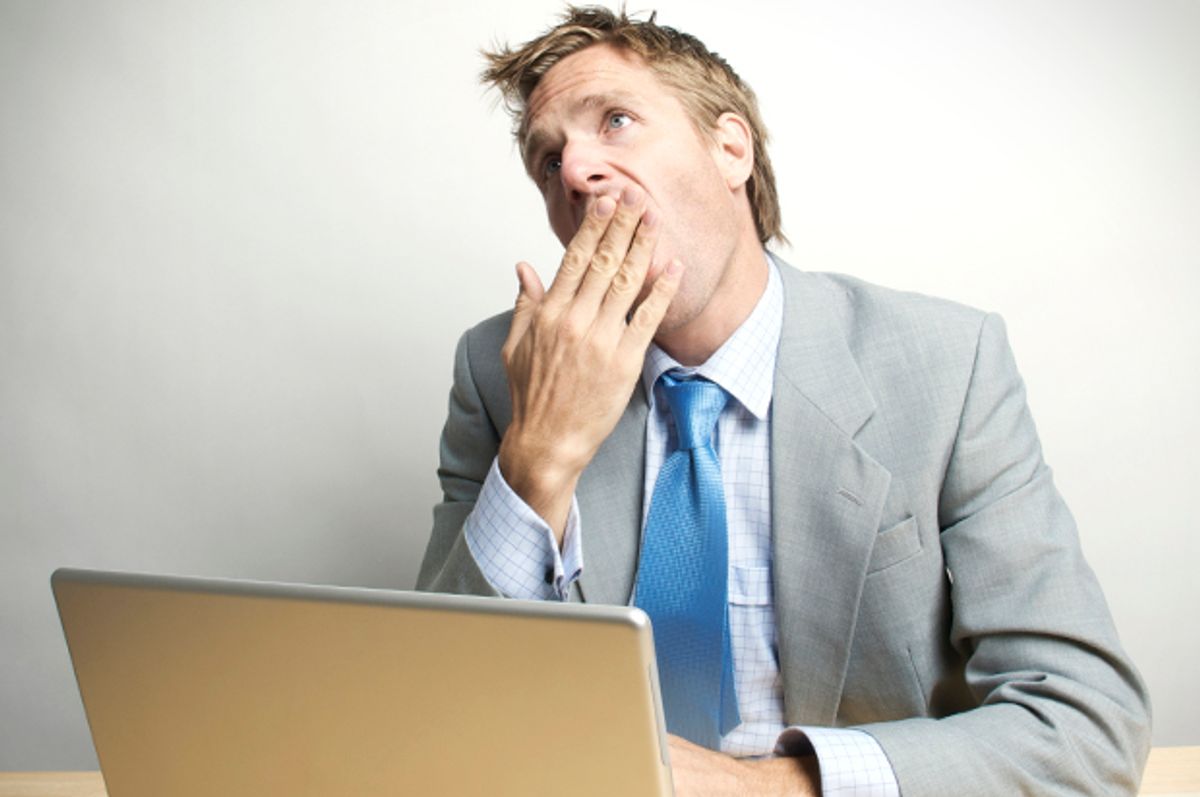 Writing can be a lonely slog at times, and the fast pace and weird public intimacy of Twitter can offer a relief from the isolation. But like any system of interaction, Twitter comes with unwritten social codes that are often baffling, not only to the uninitiated. And like most parts of the writer life, the path to Twitter popularity can seem opaque and full of potential pitfalls, so we also constantly observe, classify and criticize each others’ methods. Adam Sternbergh explored one frequently-broken Twitter etiquette rule in today's Vulture essay “Does Retweeting Your Own Praise Make You a Monster?”, a very funny breakdown of what some tongue-in-cheek manners mavens consider the ultimate in grotesque self-promotion.

Twitter is kind of the worst for writers. It’s a public space where you’re pressured to mingle with your biggest heroes and fiercest rivals, not to mention the battle the seductive distractions of your best buddies and your favorite entertainers. You’re expected to interact properly with perfect strangers while your boss (in whatever form that takes) is reading over your shoulder, and it can’t just be for fun, either. Somewhere in all of that, you’re supposed to be building your platform and promoting your #brand. Get attention, just not the wrong kind. Of course, nobody wants to talk to a vacuous robot whose response to every topic is a too-loud “someone said they liked my lede!” The fact that we need to read and earnestly discuss an essay debating this is further proof that writers are suspected feral until proven otherwise, and perhaps deservedly so. But overall, it’s just one fairly harmless etiquette breach (it's not trolling, abuse, or doxxing, after all) to fixate on in a field of minor Twitter annoyances writers (which is to say: people) engage in every day, such as:

I enjoy reading what other writers are thinking about their work, the practice of writing, and other meta topics that alternately inspire and distract me from my own. But the tic of constantly adding #amwriting makes those tweets look pretty defensive: “Am not thinking about the underground economy of Fraggle Rock, AM WRITING!” It’s such a generic hashtag, as likely to generate spammy self-publishing tips as invaluable wisdom, that its usefulness as a search tag is scant at best.

We all want to share our work; or rather, we all really need to share our work. Let's not be so squeamish. Beginning the link-share with this vague, foot-shuffling preface “I wrote a thing …” is supposed to sound charmingly self-deprecating (“oh, this old thing?!”) but really it sounds like shameful confessions of an unspeakable act. Like retweeting self-praise, the key is moderation. Don’t spam. If you want a useful equation, share three (or five, or ten, whatever) links to other writers for every one of your own. If this is your first byline? Be proud. Stand up.

An ingenious work-around of the limiting 144-character format or a mid-feed filibuster nobody asked for? Once novel, the “essay” format of self-reply quickly became one of those Twitter tics that I've learned to scan past as soon as I see one. Its evil cousin, the Twitter monologue, is a series of tweets unconnected by the “view conversation” thread but nevertheless composed of just one person announcing his or her developing thoughts on a single topic over the course of many tweets published very close together without any engagement with others. As compulsive talker, I have to actively work against my instinct to do this. Tweeting can already feel like talking to yourself, even when you err on the side of the quip and not the soliloquy.

Someone is out there is still teaching people that this is a valid time saving shortcut to being active on both platforms at once. It isn’t. Never going to click the link to keep reading that thought unless I’m being paid to, and I mean never.