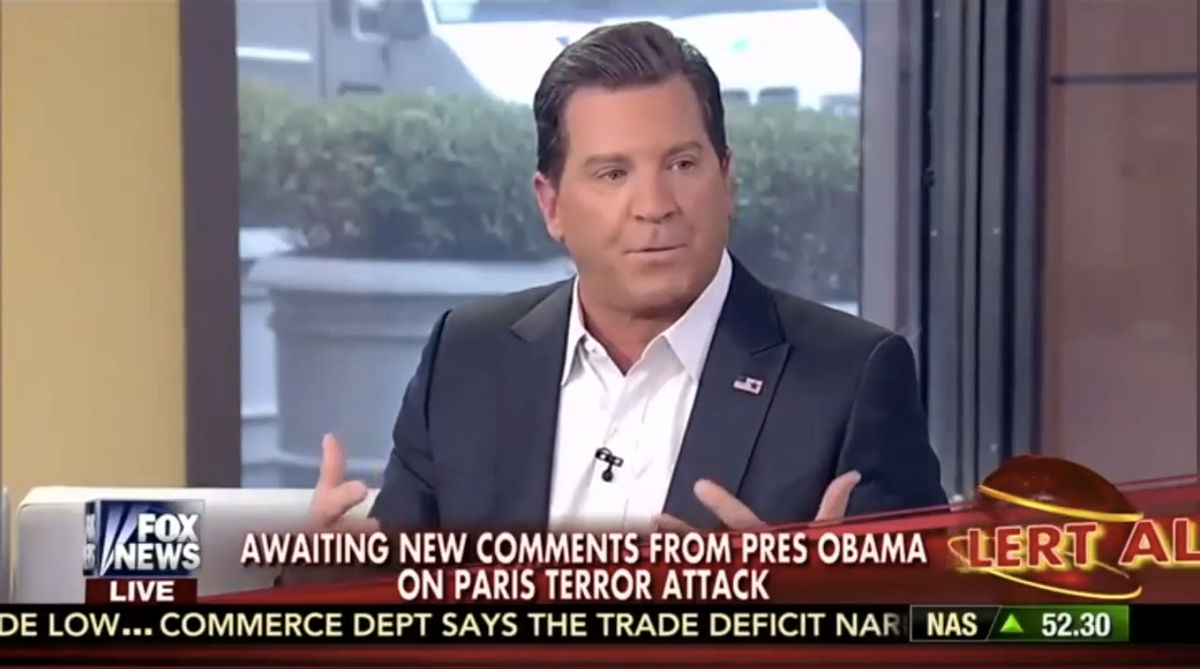 Would Fox News be Fox News if it didn't somehow manage to connect protests in Ferguson, Missouri, with the terrorist attack on French satirical magazine Charlie Hebdo? On Wednesday afternoon, Fox host Eric Bolling got the opportunity to offer his unqualified opinion on the terrorist attack, what caused it, and how America should respond.

"This should be a test case for New York City or any major city or city for that matter," Bolling said, responding to the reports that the cops that responded to the emergency were either unarmed or armed only with handguns.

"There's been a very heavy push for the left saying, 'Let's not over-militarize our cops,'" he continued. "That should put an end to the discussion right now. We should over-militarize, we should continue to do that."

Bolling has seemingly forgotten demonstrations that plagued Ferguson this past August in response to the death of Michael Brown, during which time massively over-militarized police forces greeted protesters, armed with riot gear, tear gas, rifles and an MRAP vehicle, which greatly enflamed tensions between the police and civilians. The cops were eventually taken off the demonstrations and replaced by the state's highway patrol.

Fellow host Kennedy quickly shot back at Bolling, arguing that cops "shouldn't see us as the enemy... That is the difference between the military and the police."