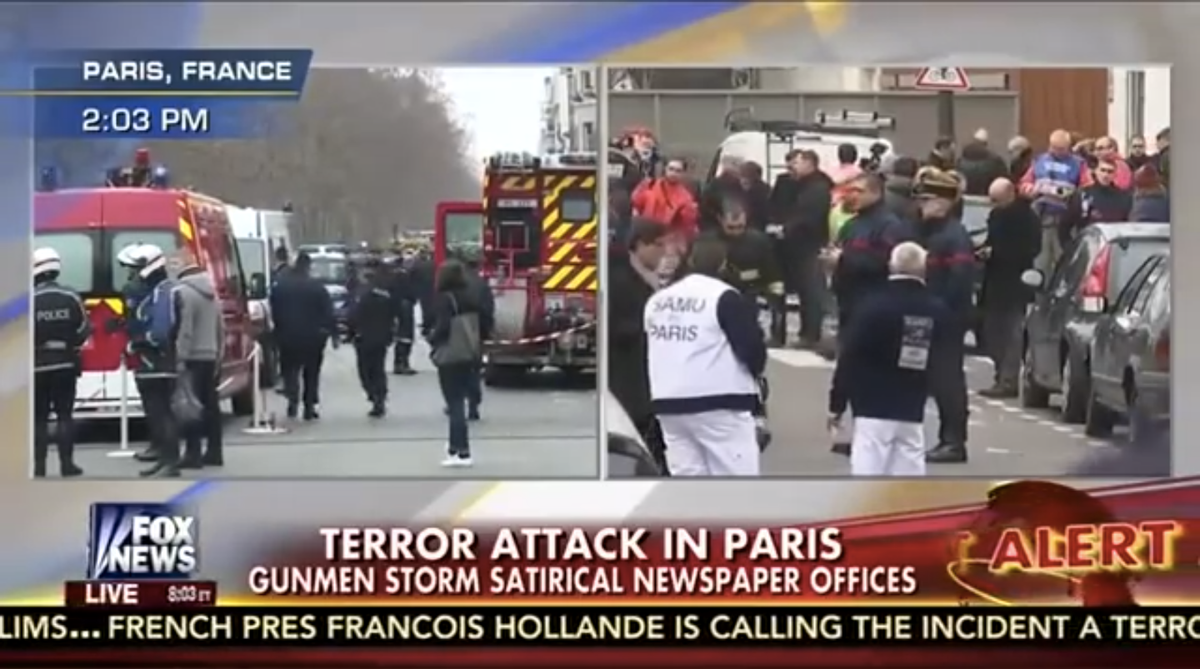 On Wednesday, Fox News' military expert Tom McInerney appeared on the network to discuss the massacre at Paris' satirical magazine Charlie Hebdo that left 12 people dead. According to reports, the three shooters were extremist Islamists who shouted, "We have avenged the prophet Muhammed!" as they stormed the magazine's offices. McInerney spared no time blaming the devastating incident on a culture of "political correctness."

"Political correctness is killing us. This is a prime example," he said. "Look, our own president says that the Islamic State in Iraq and Syria is not Islamic. Please!"

He continued: "Until we hold the Arab world and the Muslim world accountable for letting this radical Islamic ideology -- which as I have said before is as evil as Nazism, Fascism and Communism; it is not a religion -- until we hold these people accountable and in their own environment as General al-Sisi of Egypt said a few days ago when he chastised the imams for preaching this kind of radical ideology. So the West, the entire world, must hold Islam and the Muslims accountable."