Stewart blasts Congress for being 95 percent incumbents, and for having a 14 percent approval rating 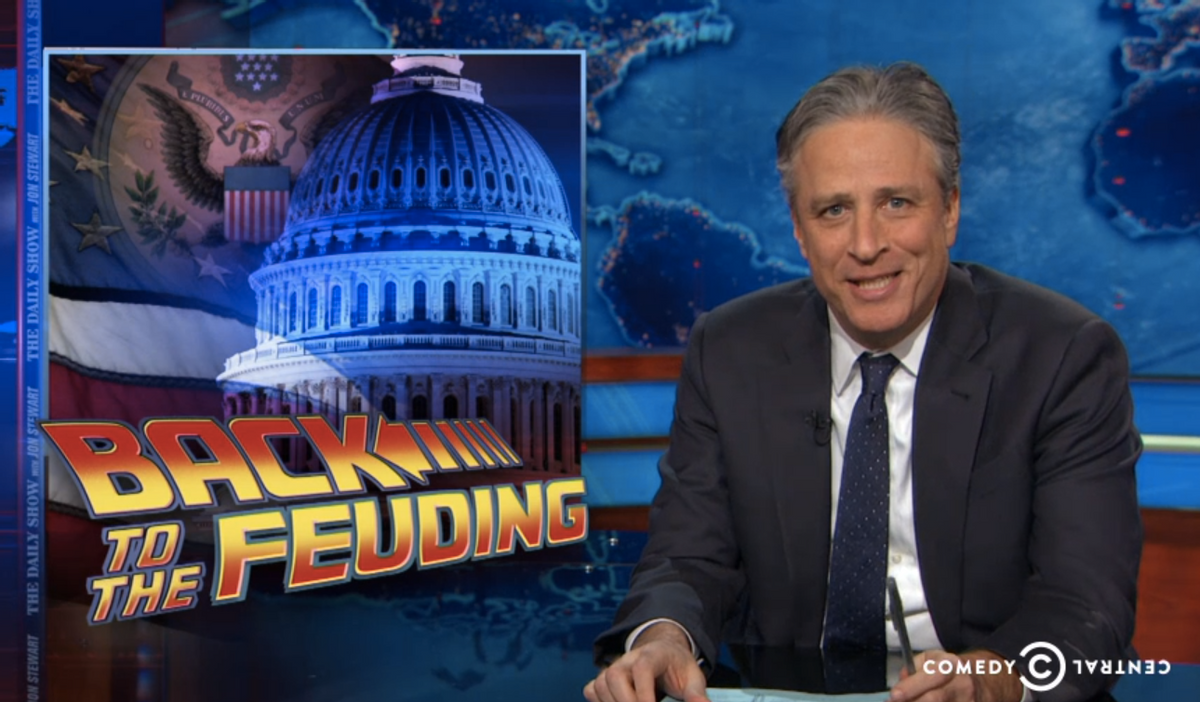 The 114th Congress was sworn in on Tuesday, and Jon Stewart was far from impressed. The "Daily Show" host blasted Congress for heading back to work on a Tuesday, having a 14 percent approval rating, and being 95 percent incumbents.

"Herpes, it's like Congress on your dick," Stewart joked.

Stewart also took aim at the new Republican leadership in the Senate -- especially new Environment and Public Works chairman, Senator Inhofe, who believes global warming is a hoax. Watch below: