California goes nuts over the return of foie gras

Don't call it a comeback -- the controversial practice returns 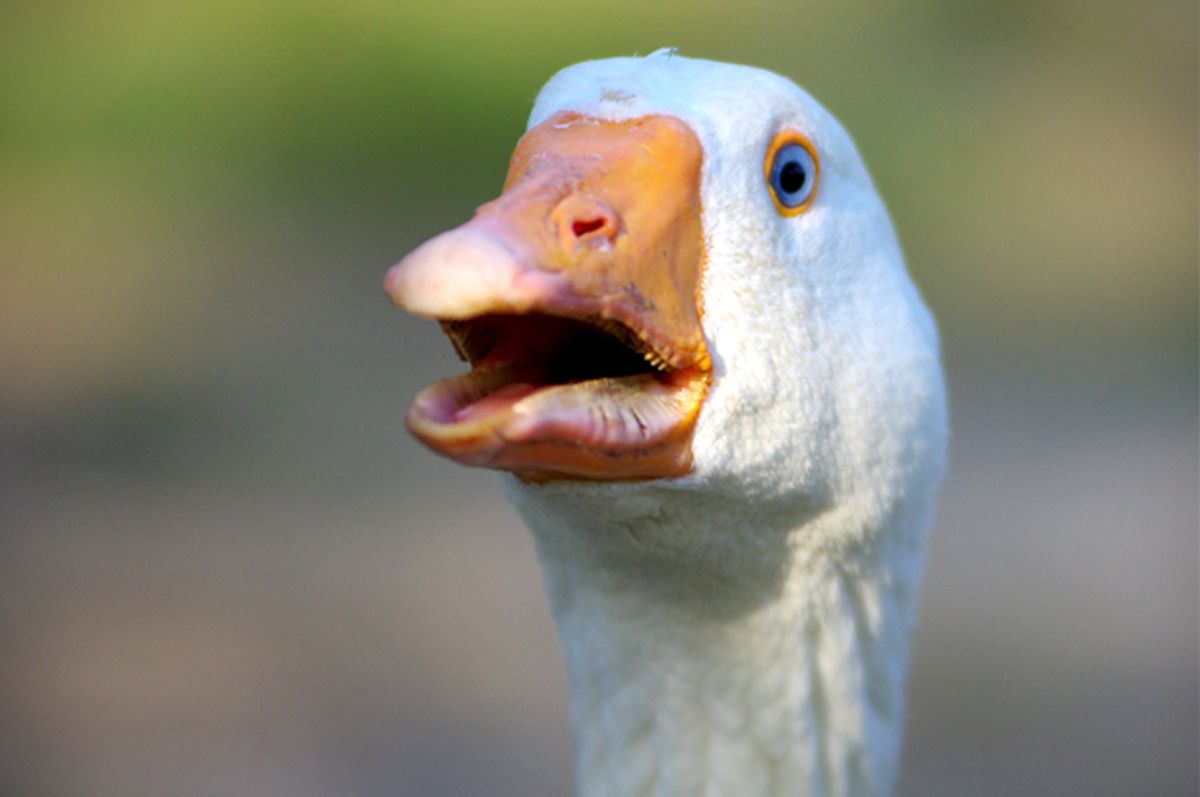 Congratulations, Golden State champions of culinary freedom. On Wednesday, a California judge reinstated your right to get fattened liver products again. Foie gras is back.

Foie gras, made from the livers of ducks and geese, is one of the world's most controversial foods. In 2004, a California law prohibited the sale of products from force-fed poultry, though it didn't go into effect until 2012. So after more than two whole painful years of foie gras deprivation, certain Californians – no doubt the kind who refer to themselves as "foodies" – are this week now celebrating like it's Mardi Gras and the day the Berlin Wall came down rolled into one fatty, meaty day of emancipation. Napa Valley chef Ken Frank told the L.A. Times Wednesday, "I've been jumping up and down for about 90 minutes," which is an excellent aerobic response to the imminent load on his arteries. Frank says, "I haven't been without foie gras a single day since the ban went into effect," though he's been dispensing it to diners at La Toque free, with a note explaining that "This is a gift and an act of political protest against a law we think is unwise." But now, he says, "is the first time I've been able to charge for it," vowing, "Tonight we're going to tear the cards up and have a hell of a party." Josiah Citrin of Santa Monica's Melisse sent an email to valued patrons as soon as the ruling came down, telling the L.A. Times, "I am very excited to have some culinary freedom back and be able to use one of my favorite products again." Across the state, chefs were putting it back on the menu and reporting it selling out. And on Twitter, Providence chef Michael Cimarusti recalled the end of Prohibition, "It feels a little like December of 1933." Except that instead of alcohol, it's engorged animal parts. Whooooo! Parrrrtay!

I have had foie gras a few times in my life, and I'll admit that, much like the opiate-based cough syrup my childhood pharmacist used to dispense, it was hauntingly delicious. (New moneymaking idea: foie gras in a reduction of liquid Vicodin.) What it was not, however, was necessary. I could – and plan to – live the rest of my life without eating it again, because I eat far less meat in general now and because I can't in good conscience condone how foie gras is made. I mention this because I am not the sort of person who has a native revulsion to the flavor of foie gras; or who thinks that eating animals is inherently bad or gross. I am instead a person who believes that the world is full of many other splendid and savory things, and that fattened bird liver is not the ethical hill I want to die on. When I want something crazy unctuous I'll just have some marrow, and it'll be fine.

For most of us, boycotting foie gras is like boycotting conflict diamonds and fur coats – not exactly a super hardship for our particular lifestyles. There is also reasonable debate over the way different farms practice gavage -- a 2010 Serious Eats visit to one Hudson Valley farm reported, "A machine whirls, a small bulge forms where the food is deposited, and the duck walks off, giving its head one shake, but otherwise seemingly unaffected…. We'd seen the process from start to finish, and from all outward appearances, the ducks seem to live perfectly comfortable lives."

But regardless of the process, foie gras is far from the only questionable foodstuff we can put in our pieholes. The ethics of eating are rarely black and white, and it would be hypocritical to decry the way in which foie gras is traditionally made while turning a blind eye to how veal happens, or the ways in which so many of our factory-farmed animals are treated before they reach our plates.

Yet it's the celebratory mood surrounding the lifting of the ban, the ha ha you can't take away our overpriced delicacies, that strikes a particularly off-putting note. You've got chefs jubilant that they can now return one of the most expensive non-wine items you can put on a menu to their restaurants, and well-heeled diners already gobbling it up. You don't have to be a supporter of PETA to find irony in what some people call a victory for freedom, or to find their cause for gloating pretty hard to swallow.