His guest was visibly offended 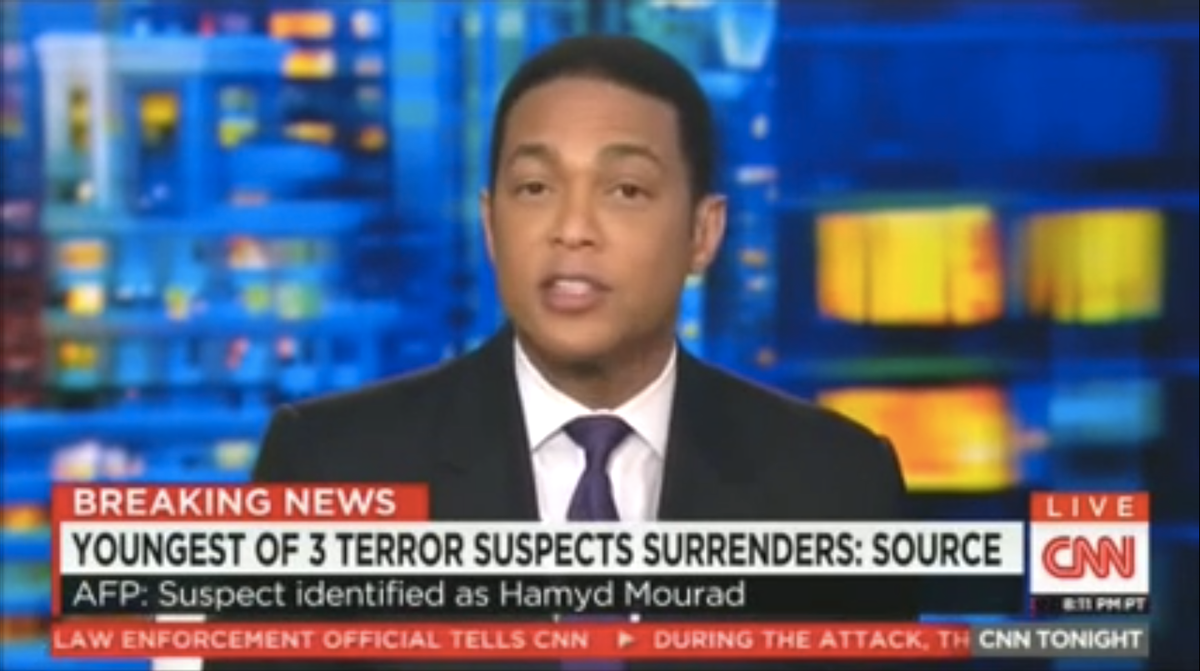 Iftikhar spoke powerfully about the dangers of generalizing: "You know, if people want to blame Islam for things, you know, they can blame us for inventing algebra or modern medical anesthesia or having five out of the last 12 Nobel Peace Prize winners."

"When Christians commit acts of terror, we don't ask priests and pastors to go on national television to condemn these acts, but sadly Muslim public intellectuals, thinkers, leaders, and Islamic scholars have that double standard that we have to deal with," he continued. "I think it's important to keep in mind that bringing religion into it at all is actually serving the purposes of the terrorists."

"I have to ask you, because a lot of violent extremists use religion to justify their actions. Newsweek found back in August that 16 percent of French citizens support ISIS. Would you describe those who support ISIS Islamic extremists?"

"They obviously have sympathies for that ideology. I don't think that would mean that they would justify the killing of innocent civilians or murdering people on the streets," he responded, mentioning that no religion has not had to deal with violent extremism (and providing numerous examples).

"Point taken, Arsalan," Lemon pressed. "I just want to get it more specifically. Again, in August, 16 percent of French citizens support ISIS. Would you describe those who support ISIS as Islamic extremists? Do you support ISIS?"

“Wait, did you just ask me if I support ISIS?” Iftikhar asked, visibly disturbed. “I just answered your question. I said that obviously these 16 percent of people support the ideology, but again, I don’t think that would necessarily extrapolate to supporting of killing of innocent people.”