Does anybody at the New York Times read his column before trees are clear-cut for his bankrupt bleatings? 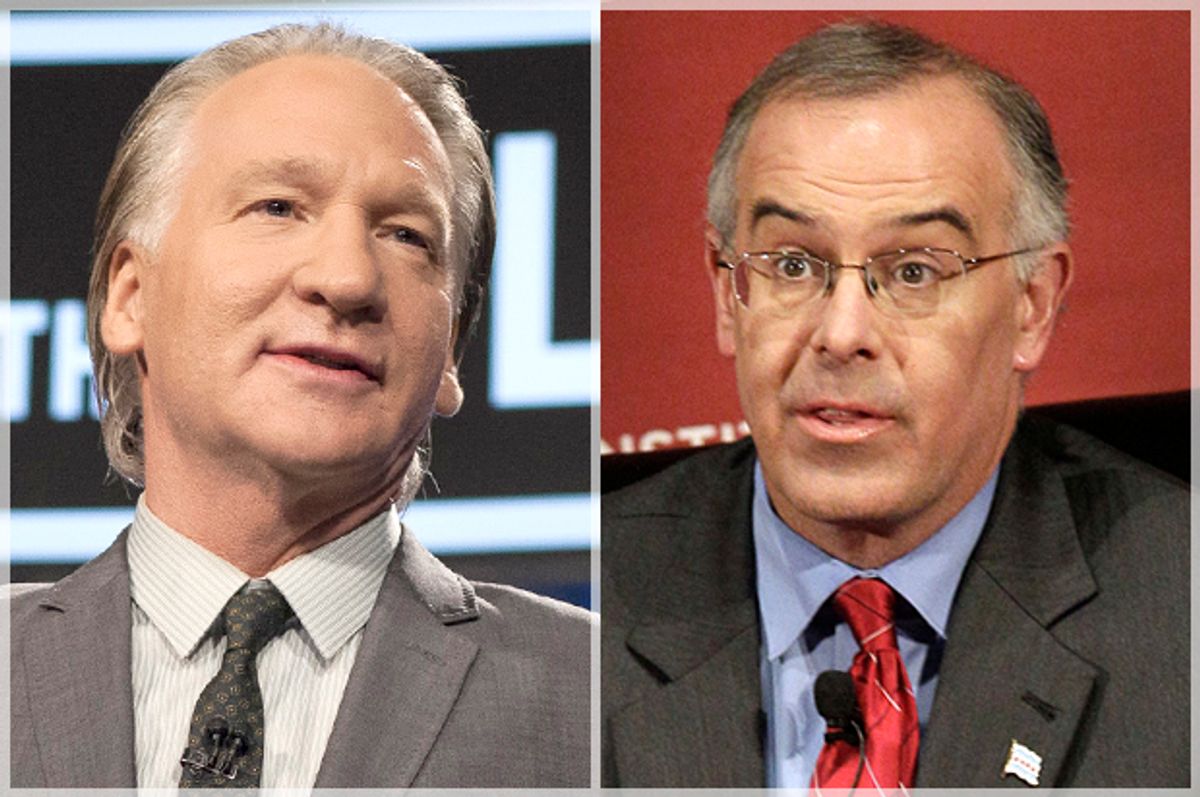 Twice a day, a stopped clock is right, right? Sometimes I even find something laudable in what David Brooks writes. Today, for example, I agree with his conclusion–but his argument is so bizarre that I can only surmise he got to a truth through the turning of the earth.

As I wrote yesterday, I am moving quickly toward a position of free-speech absolutism, something at odds to the prevailing attitude among college and university administrations today. It’s a position that Brooks also claims. He, too, grabs the Charlie Hebdo moment, as I did, to make a point against speech codes on campus.

That’s all well and good. It’s how he gets there that I find bizarre. And patronizing.

The people who read Le Monde or the establishment organs are at the adults’ table. The jesters, the holy fools and people like Ann Coulter and Bill Maher are at the kids’ table.

Huh? I am reminded of the ten-year-old who dresses in a suit, folds The New York Times under his arm, and expects to be treated as an adult.

Let’s look a little at what Brooks is saying: The adults, the assumption goes, are the ones who are right, who know what they are doing. They are the elite, the people who should be making the decisions. That the kids sometimes make fun of them is simply something that comes with the territory. It should be tolerated–but not encouraged.

But those Brooks imagines as adults are also the people whose actions are destroying our world–much more that even the most despicable of terrorists. Their riches come through the impoverishment of others, their successes through the destruction of their competitors. The destructiveness of their actions is covered by the assumption of manners–but that does not excuse them. Social skills do not replace morality. Brooks, though, concludes that the Charlie Hebdo attack “should remind us to be legally tolerant toward offensive voices, even as we are socially discriminating.”

Sure–but Brooks’ “we” is a self-defining elite patronizing the rest. Though he mentions only Coulter and Maher (trying for that tired and false “balance” between left and right), Brooks relegates to the kiddie table almost all of the people I’d rather sit with, the people who are real adults, not simply those dressed up in grown-up clothes. Here are just a few:

Who would you rather eat with, Dick Cheney?

Brooks has no idea of his own absurdity; he cannot see the point of satire and certainly doesn’t understand the point of Groucho Marx’s “I refuse to join any club that would have me as a member.” He’s just the sort of self-important blow-hard in need of puncturing that all satire takes aim at. Those who believe that they belong at the adult table, the rest of us know, are just those who should not be there. In fact, many of the rest of us wonder why there are two tables in the first place.

Which reminds me: A table plays an important role at the end of one of the most important satires of the 20th century, George Orwell’s Animal Farm:

There was the same hearty cheering as before, and the mugs were emptied to the dregs. But as the animals outside gazed at the scene, it seemed to them that some strange thing was happening. What was it that had altered in the faces of the pigs? Clover’s old dim eyes flitted from one face to another. Some of them had five chins, some had four, some had three. But what was it that seemed to be melting and changing? Then, the applause having come to an end, the company took up their cards and continued the game that had been interrupted, and the animals crept silently away.

But they had not gone twenty yards when they stopped short. An uproar of voices was coming from the farmhouse. They rushed back and looked through the window again. Yes, a violent quarrel was in progress. There were shoutings, bangings on the table, sharp suspicious glances, furious denials. The source of the trouble appeared to be that Napoleon and Mr. Pilkington had each played an ace of spades simultaneously.

Twelve voices were shouting in anger, and they were all alike. No question, now, what had happened to the faces of the pigs. The creatures outside looked from pig to man, and from man to pig, and from pig to man again; but already it was impossible to say which was which.

That’s what happens at the adult table envisioned by Brooks. He ignores it, but it is the place where arrogance, greed and hypocrisy abound. Personally, I’d rather be outside with the animals, or even at the kiddie table.

Give me satire over sanctimony, any day.