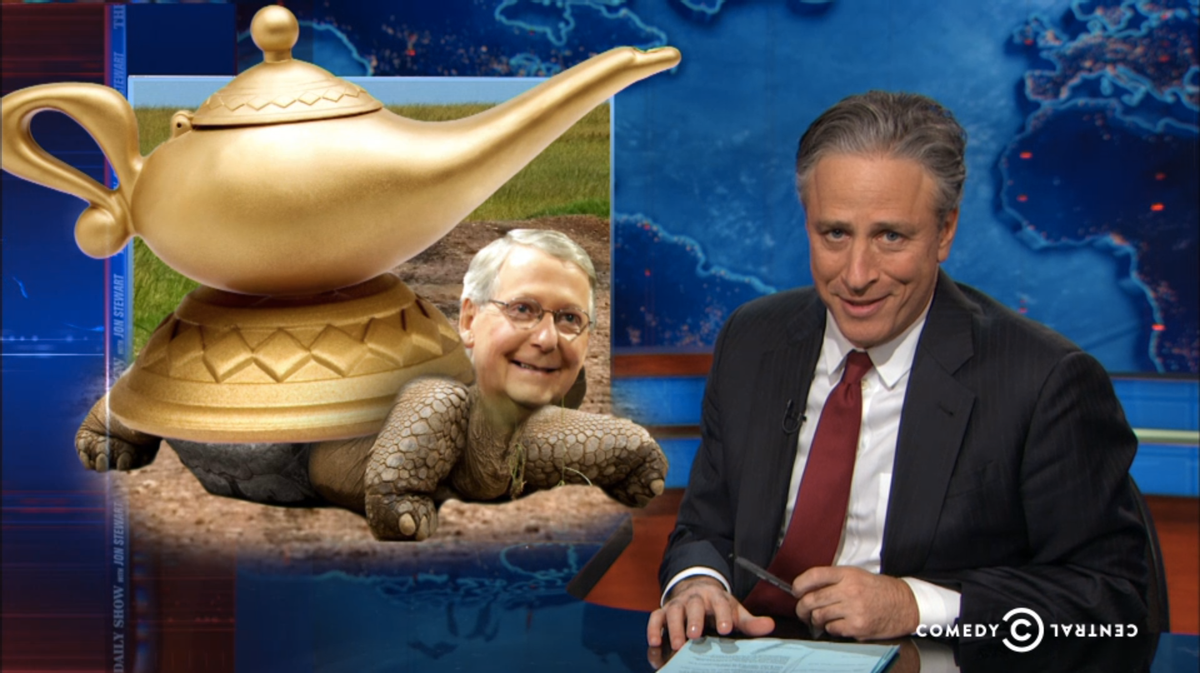 Mitch McConnell recently attributed a major drop in unemployment and growth of the U.S. economy to "the expectation of a Republican congress." Oh, hell no, said Jon Stewart on Thursday evening's edition of "The Daily Show."

"Oh, come on! You've been in control of the Senate for two days!" Stewart said. "Unless my calendar is broken, Senator, which is possible, since I bought it at a discount calendar factory, the general economic improvement trend started before the November elections."

"Thankfully, the Republican Senate majority under Mitch McConnell came to our rescue and saved the economy retroactively," Stewart continued. "It's easy to assume that Mitch McConnell is saying that people felt so inspired by the moment, he switched the nameplate on his office door, then he invented time travel and went back to 2009 and started spending and hiring again, but the truth is actually much simpler. The truth is this, and it'll blow your minds: If you rub Mitch McConnell's shell, you will receive five years of business growth."