The Charlie Hebdo hypocrites: Meet the free-expression absolutists who aren't so absolute outside of the Muslim world 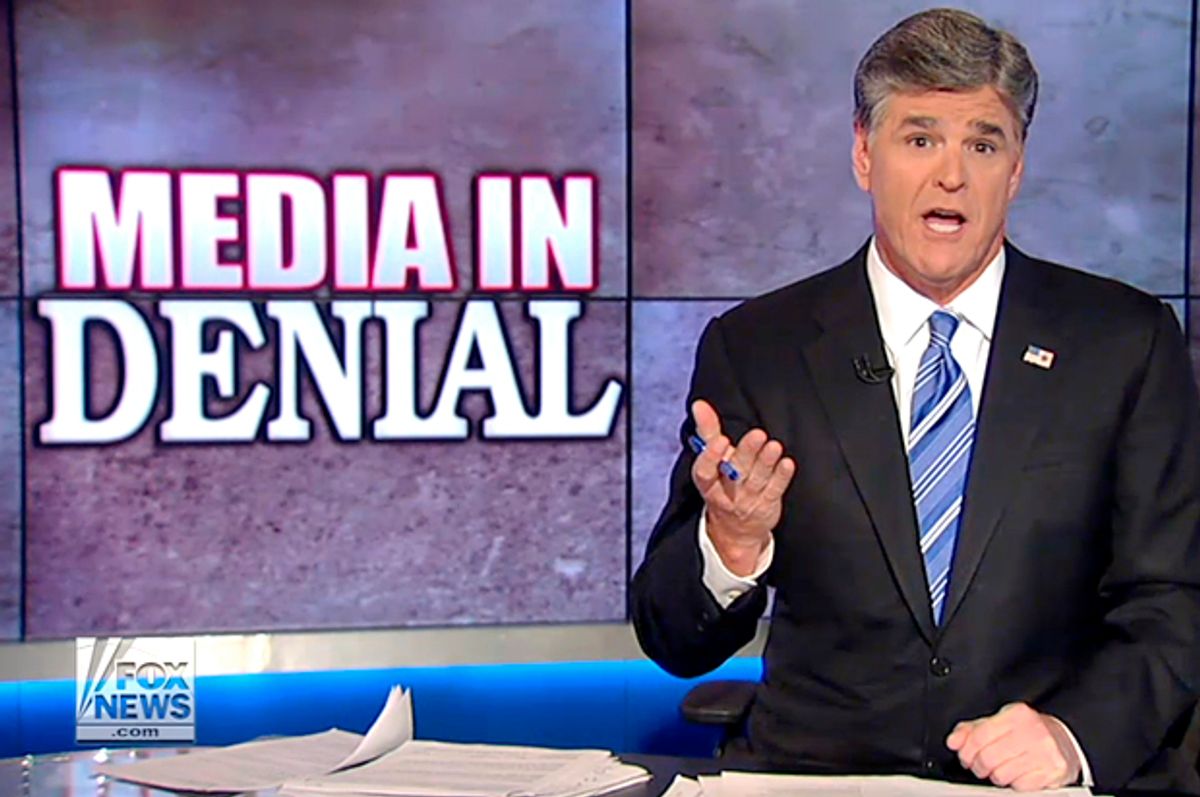 So now Venus must join hands with Mars. Now that jihadis have slaughtered editors and journalists at the satirical French newspaper Charlie Hebdo and some hostages in a kosher market, Paris must become Sparta. The European social democracies that flourished for half a century under American military protection must accept Robert Kagan’s admonition, in "Of Paradise and Power," that the only reason Europe ascended Venus-like beyond its own barbaric history is that Americans kept bearing the martial, Martian burdens of a world that remained cold, hard and dark.

Now that Paris has experienced what Rudy Giuliani dubbed “the terrorists’ war against us” in 2008, the attentat will call those cheese-eating surrender monkeys to attention.

At last, everyone will admit that there are times when even cosmopolitan, peace-loving liberals must take up arms, not only against fascists and communists rising within liberal capitalism itself, but against Islamicists and Russian empire builders.

Writers who live for such times, like Kagan and Leon Wieseltier, will pace their living rooms excitedly, pounding their fists: “See? We told you!” Their enablers at The New Republic -- which in 1916 summoned liberals to the liberty-defending delusions of World War I -- and at The Atlantic -- which has just hired Wieseltier from The New Republic -- will be as glad of their call to war as are the weapons manufacturers who advertise in their pages.

(A must-read exception: Atlantic correspondent James Fallows’ sage, civic-republican warning against “chickenhawks” who are “eager to go to war, as long as someone else is going,” a characterization I’d say fits Kagan and Wieseltier.)

Never mind that cosmopolitan liberals themselves, for reasons of state and of profit, colonized, strove to “civilize” and then even imported their Islamic assailants’ forebears, as the French did Algerians. Never mind that in 1921, the French and British drew fictive Arab “national” borders between Iraq and Syria that are now dissolving. History is complicated, n'est-ce pas?

Kagan and Wieseltier would have us toughen up to defend such complications, knowing that, whatever our past sins, we do need to defend the freedoms exercised by Charlie Hebdo.

The tragedy in this line of thinking is that it uses the Paris attacks to mask the even harder reality that our would-be warriors so seldom defend our values and practices against equally decisive though less bloody attacks that are well underway, sometimes with their own acquiescence and apologetics. They are silent as our governments and universities collaborate with or defer to regimes and interests that crush such freedoms not just abroad but, increasingly if more subtly, in the liberal West itself.

I’ve been calling attention to this hard reality in the Huffington Post, in openDemocracy and in The New York Times; I've been describing the subtle self-censorship in American universities' and media corporations' joint ventures with authoritarian regimes that suppress freedoms of expression as decisively as did the Paris assailants, even when not as violently.

In a nominally Western-aligned nation such as Singapore, quite as much as in China, and in Abu Dhabi, quite as much as in Iran, every indictment or midnight knock on the door generates self-censorship that’s far more extensive and embedded in daily life than the official censorship itself. “Fear leaves no fingerprints,” as William J. Dobson puts it in "Dictator's Learning Curve: Inside the Global Battle for Democracy."

As I’ve shown and will document further for the Carnegie Council’s journal of Ethics & International Affairs, American and other Western universities’ joint ventures with partners in the first three nations I've just named make them complicit in brutal exploitation and silencing of these regimes’ citizens, guest-workers and even their more distinguished guests.

Yet, perhaps because China is even worse, Western lionizers of Singapore such as the economist Joseph Stiglitz, the political scientist Benjamin Barber, Brookings Institution president Strobe Talbott and the journalists Thomas Plate and Fareed Zakaria have ignored or finessed these practices pretty shamelessly, even as Reporters Without Borders lowered Singapore’s ranking of press freedoms from 135th out of 179 nations in 2012 to 149th out of 179 in 2013, owing partly to new crackdowns on political websites.

Why this should matter to demonstrators against the horrific massacre in Paris was explained yesterday by the secretary general of Singapore’s tiny opposition Reform Party, Kenneth Jeyaretnam. With his permission, I excerpt his blog post of yesterday on the ironies of the Paris attack, and I do so at some length, because this has not yet been published anywhere but his blog.

Jeyaretnam (who is not Muslim and who holds a double first degree in economics from the University of Cambridge) begins by emphasizing that while the Paris assailants “claimed to be avenging the Prophet Mohammed" … this attack was not about Islam. Instead it was all about intimidating us from expressing our views and our beliefs where they are something that the attackers do not like.

Watching commentators across the globe condemn the brutal murders and seeing the huge crowds stand vigil not just in Paris but in London and elsewhere, I couldn’t help but think of [Singapore’s] political cartoonist Leslie Chew and bloggers such as Roy, student activists such as Han Hui Hui, banned films from local filmmakers such as Martyn See, Mirabelle Ang, and Tan Pin Pin, as well as imprisoned septuagenarian author Alan Shadrake and embattled human rights lawyer M Ravi.

No bullet was ever fired in Singapore’s war on freedom against them, no one was disappeared in the night (although thousands have fled the scene) but the … government have just as surely slaughtered freedom of expression in Singapore as any terrorist with an AK 47. In fact they have the whole nation cowed in fear…

…[T]errorists differ only in degree from authoritarian governments that… have not shied away from murdering journalists and those who ask inconvenient questions, whether it is Sri Lanka, Thailand, the Philippines, Indonesia, Mexico, Russia, or Egypt. In other countries journalists, cartoonists, bloggers and ordinary people are imprisoned or sued by regimes that dislike what they say or in the name of religious dogma. Examples include the use of lese-majeste laws in Thailand, blasphemy laws in Pakistan or criminal defamation and sedition laws in South Korea or Malaysia.

We can expect [Singapore’s government] to condemn the Paris attacks as barbaric and an assault on civilized values. But they have achieved a degree of control over what can be said in Singapore that would be the envy of many authoritarian regimes and of the terrorists who committed the atrocities today….

I remember a cartoon from the 1970s published in the Singapore Herald, a short-lived and solitary experiment in independent media that soon incurred the wrath of [Prime Minister] Lee Kuan Yew and was shut down. The cartoon showed Lee Kuan Yew in a tank crushing a baby. The baby was labelled something like “A Free Press.” After that the ruling People’s Action Party made sure that no one could read any views other than those they allowed in their State-owned or -controlled media. The Newspaper and Printing Presses Act followed soon afterwards, ensuring that the Government has a veto over the ownership and appointment of the editorial staff of every newspaper….

Who needs to send their zealots to Syria to train with ISIS when they can learn everything they need to know here? The foreign press has been intimidated into silence by defamation suits and threats to restrict their circulation in Singapore. The Wall Street Journal, the Far Eastern Economic Review and the Economist are just a few of the publications that were sued for saying things that are said every day about politicians and institutions in the West.

The climate of fear and self-censorship is still as strong as ever despite the pretence that there has been liberalization. [Prime Minister] Lee Hsien Loong was easily able to silence Roy Ngerng by suing him for defamation and have him dismissed from his job. Roy’s and Han Hui Hui’s use of Hong Lim Park to publicize their criticisms of CPF were ended by the Government’s decision to prosecute them for alleged offences that were trivial….

Dr Chee Soon Juan [Secretary General of the opposition Singapore Democratic Party] was silenced. [My own] Reform Party suffered a media blackout during General Election of 2011…. I am banned from attending debates and talks at our national universities and one university even attempted to prevent me from being in the audience…. Leslie Chew, the cartoonist, was arrested and held in jail without bail for an extended period…

What is most depressing is that, in contrast to the spontaneous rallies that have erupted in France and elsewhere in response to the murders of the journalists,… authoritarian regimes like Singapore are not only tolerated but held up as shining examples for democracies to emulate….

It is pure hypocrisy if the reaction to this barbaric attack is just about combatting the threat from Islamic extremism and does not grasp the wider lesson about standing up everywhere for universal values like democracy and freedom of expression. As Martin Luther King said, ‘In the end we will remember not the words of our enemies but the silence of our friends.’

Jeyaretnam is right to wonder, Where are the rest of us? As cartoonists around the world sharpen their drawing pens in well-justified protest and the rest of us demand effective responses to the terror, let’s also demand that Robert Kagan, Leon Wieseltier – and Stiglitz, Barber, Talbott, Plate, Zakaria and others who have called on us to fight some obvious enemies of liberal democracy but not others -- be consistent about fighting all of its determined enemies, not complicit in weakening elsewhere the freedoms they claim to defend in Paris or New York.