Angry right's secret playbook: How it uses a good story to peddle an agenda America hates

I'm a former right-winger and I know the playbook. Here's why liberals have to learn to talk big — and play dirty 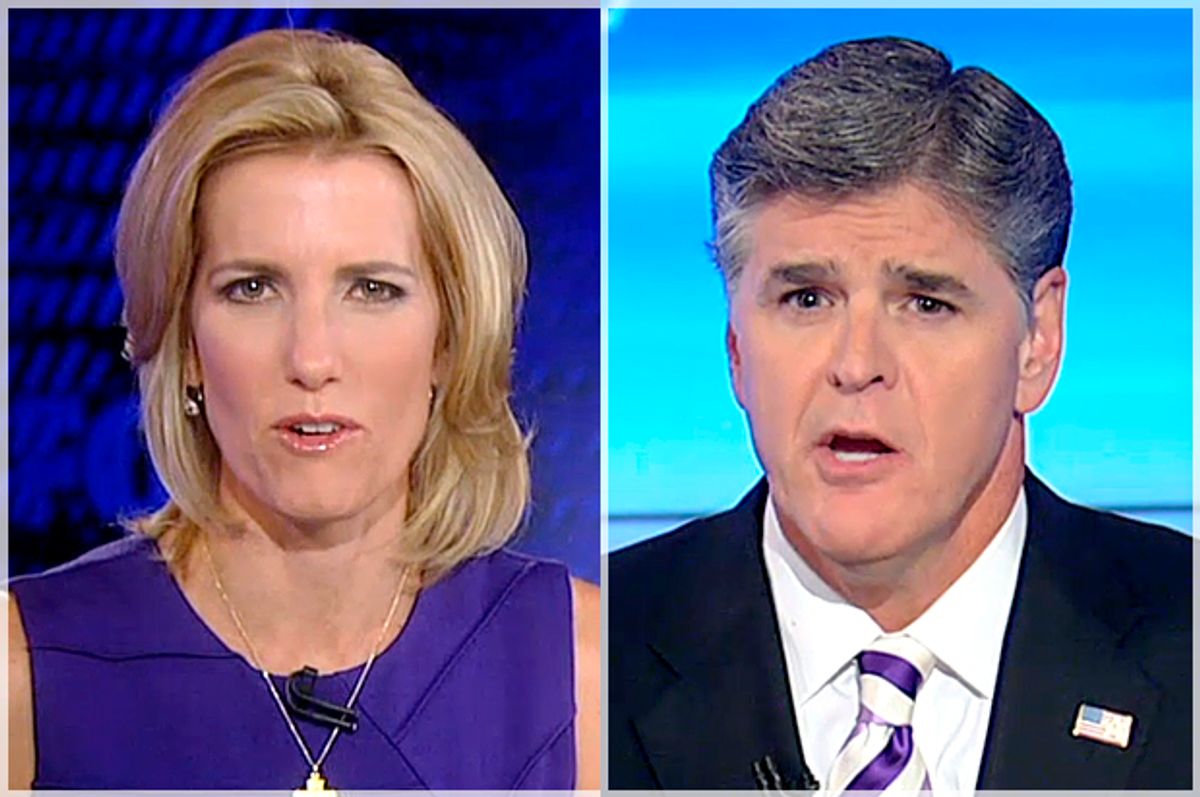 “If Jerry Falwell had an enema (after he died), he could have been buried in a matchbox.”

This recent midterm election was my first real setback since I became a committed liberal (after years on the other side), and what I don’t understand is why so many well-meaning liberals refuse to fight dirty.  Sure, some Democratic politicians “sling mud,” but the “professional left” (as they are often derisively called) spend too much time debating the exactitude of certain issues and not enough time shutting down the bad ideas of the opposition. It might speak well to one’s character, but it’s an ineffective way to do battle. There is a place for self-examination, but it’s not on the battlefield. Sometimes the proper reaction to cruelty or stupid ideas is disgust or even a well-timed insult. For many on the left this art is sadly as dead as the late hero of mine quoted above.

I got married, dropped out of college, joined the military and became a father all before I was 21 years old, and I spent the next 20 years dealing with my early missteps. It was a painful climb, but one benefit of the circuitous route I took is that I understand the angry, white and rural right wing of America better than most. It’s a group that grows ever more desperate and irrational no matter which way the electoral winds blow.

As a member of the frothing right wing, I always spouted nonsense, even when I wasn’t sure I believed it. Sometimes I would throw out really crazy stuff just to see how it fit the big picture and sometimes to get a rise from the opposition. Rhetorical bomb throwing is well respected on the right, and it’s not always a bad thing. There is nothing wrong with trying out ideas, letting them roll off the tongue to see how they sound. I’m always playing with ideas, most of which get discarded before I let myself believe them or write them down. There is one caveat to this and that’s the racist, hateful and homophobic rants that have become too common among the worst of the Tea Party. This ugly side of conservative rage is one of the major factors that drove me (and many others) away from right-wing politics.

When I lived conservative values, I attended many events with like-minded people. Conservative movements foster a herd mentality. Even when someone stood up to “lead,” he or she often regurgitated well-accepted talking points while crowds nodded in unison. Listen to talk radio or watch Fox News, and you can barely tally the number of times you hear, “yes, I think that’s true.” A perfect example of thoughtless regurgitation is when callers on talk radio mention “Saul Alinsky Democrats.” Still others like to sling the insult of “Obama’s Chicago political machine,” with no context whatsoever. I’m going to make the obvious point that few if any of these callers have read one word of Alinsky, and fewer still have any direct, pointed or even third-hand knowledge of “Chicago politics.” These goofy phrases have become totems of the insider, and like children, these listeners mindlessly repeat what someone else has said as if they had insight.

Now that I’ve been in the liberal camp for a few years, I’ve noticed the complete opposite with the politically engaged left. They often identify as “contrarian.” They question everything and have a hard time taking a firm stand, even when 70% of the public is with them (on minimum wage, for instance). In an ideological battle, the tendency toward inclusion and reflection can become a handicap. As a side effect of all this soul-searching, the left becomes ineffectual at fighting even the worst excesses on the right. I’m boiling this down to a false dichotomy to illustrate a point. Of course there is every gradation of political belief on the right and left; yet our system itself is incapable of nuance, because only one side has even heard of the word.

Most people know that individuals will suffer because of the results of the latest midterm election. People won’t get health care and some will lose food stamps. Discrimination will find a better foothold and the advance of science will lose ground. People I love, personally, will be vilified for being gay, because conservative voices of discrimination will feel empowered to act like jerks. Much of the latest loss stems from an inability to talk to regular people — especially working-class men — about liberal ideas. If Homer Simpson is America (he is), then liberals should learn to talk to him.

Rich people have won over the white working class even though those same wealthy people don’t do shit for the working class, ever. The wealthy have bought elections and government, wholesale. Working-class Americans are scared, battered and desperate. They are ready to listen to liberal messages, but not if we act like “wimps.” The thing conservatives can’t stand the most is what they charmingly call “pussy liberals.” A white, conservative man would walk through hot coals or swallow shards of glass to prove to a stranger on the barstool next to him that he’s not one. (My wife, a nuanced liberal, vehemently objects when I use the term. As a feminist I totally understand. It’s offensive. But I didn’t create this usage. I’m only pointing it out.)

One of the reasons I became a liberal is not only because they have better ideas but also because they are willing to reconsider them, sometimes ad infinitum. The debates and discussion and endless self-examination appeal to me, because of who I am. Liberals do a lot less yelling and a whole lot more making everyone feel welcome. Yet the same strength in debating, self-awareness and the Socratic Method are the enemies of a good story.

The retired guy in a modest home on a fixed income defends the rights of billionaires to exploit him, because he’s been sold a narrative. The story matters, and Republicans spin a hell of yarn about America and “freedom,” even though most of it is bullshit or a straight-out rewriting of history. They talk about Jefferson, Madison and Washington, men who would despise the science-hating, ignorant and reactive group the right has become. But it doesn’t matter what or who you really stand for, it’s just a matter of what you can sell. People with a billion dollars in the bank who benefit from low taxes and who exploit American labor could give two shits about patriotism, but they sing "The Battle Hymn of the Republic" as loud as possible while owning sprawling mansions in five countries.

Alice Walton, Wal-Mart heiress and professional layabout, is hardly your relatable, average American. Certainly the left should be able to find an explanation for why her brand of capitalism is evil. If liberals want to win the war of ideas they can’t be afraid to use the word “evil.” If Ms. Walton is not an evil person, we should at least not be afraid to call the practices of Wal-Mart by that powerful and often factual label.

Too harsh? Have you heard the dreck slung at immigrants lately? How about the word “traitor,” so easily thrown at the president almost daily, every day for six years? If you think those on the right are reasonable, wish one “happy holidays.” You might get your ass kicked.

The worst part is that people do not prefer conservative ideas. In the last election they voted to increase the minimum wage in red states, to impose gun background checks and to legalize marijuana. The problem with all three of these issues is that Democrats refuse to stand up for them or do so only tepidly. They won’t fight, argue and, if necessary, insult the increasingly unbalanced platform of the opposition.

I call on my fellow liberals to embrace the rough stuff. Engage in battle with people who hate you and feel free to throw crazy right back, even if you only half believe it. Let it out and taste it on the way by. See if it flies. If it doesn’t, screw it — just fix it up next time. Refer to your political opponent as “the honorable shithead from New Jersey.” Use the words, images and for god’s sake, the passion of the street. People who hate and fear you will always hate you unless they die out, change their minds or we can beat them in a heated contest of ideas. You’re not playing checkers -- and they’re winning by giving zero shits about reality, so cut the crap and fight like you mean it.