And most think the government should do something about it 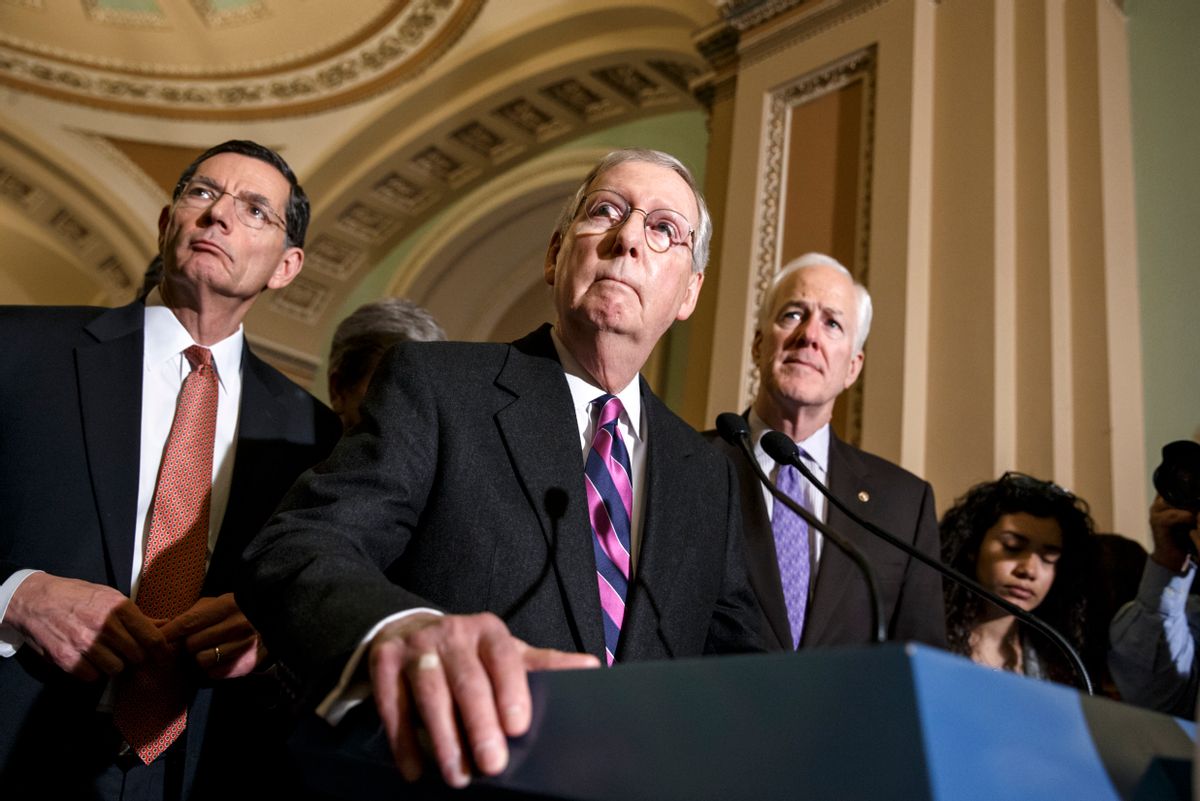 Senate Majority Leader Mitch McConnell, with his anti-science beliefs and professed "deep responsibility" to block climate action, is a bit out of touch with Republican voters. Party members are in fact divided about the issue of climate change, a new study based on three years of data from the Yale Project on Climate Change Communication finds, with 44 percent ready to admit that global warming is happening.

And among moderate Republicans, belief in climate change constitutes the majority. It's as their political affiliation becomes more extreme, the survey reveals, that climate denial becomes more pronounced: More important still than their personal beliefs about climate change, the Yale study echoed previous surveys in finding that, contrary to McConnell's claims, most Republicans are down with the idea of doing something about it. More than half of all Republicans surveyed -- including 54 percent of conservative Republicans -- said they support regulating carbon dioxide as a pollutant, as the EPA currently does, although fewer (44 percent of all Republicans) expressed specific support for the EPA's plan to regulate the emissions from coal-fired power plants. But a strong majority -- including nearly half of the Tea Party Republicans -- did support the idea of tax rebates for those who purchase energy-efficient vehicles or solar panels.

Republican leaders, meanwhile, remain firmly in the climate denial camp. Over 56 percent of Republicans in the 114th Congress question or deny the scientific reality of climate change, Climate Progress reports, including 72 percept of GOPers in the Senate -- a number made all the more frustrating for the fact that it does not at all reflect their constituency.

Here, via Climate Progress, are some numbers that could perhaps help clear up that disconnect:

The members of the 114th Congress who have publicly misrepresented the science behind global warming have accepted their fair share of contributions from the fossil fuel industry. The 39 climate deniers in the Senate have taken $28,152,466 in donations from the coal, oil and gas industries, while the 61 Senators who haven’t denied the science have taken $11,033,447 in career contributions, according to the CAP Action analysis. On average, Senate deniers took $721,858 from fossil fuel interests while other Senators took $180,876.

On the House side, the 131 climate science deniers have taken $35,702,245 in fossil fuel industry contributions while the remaining voting members who haven’t denied the science have only taken $24,268,787 in career contributions. On average, House deniers took $272,536 from coal, oil and gas interests while other members took $80,095.