How is this acceptable to say on a national news show? 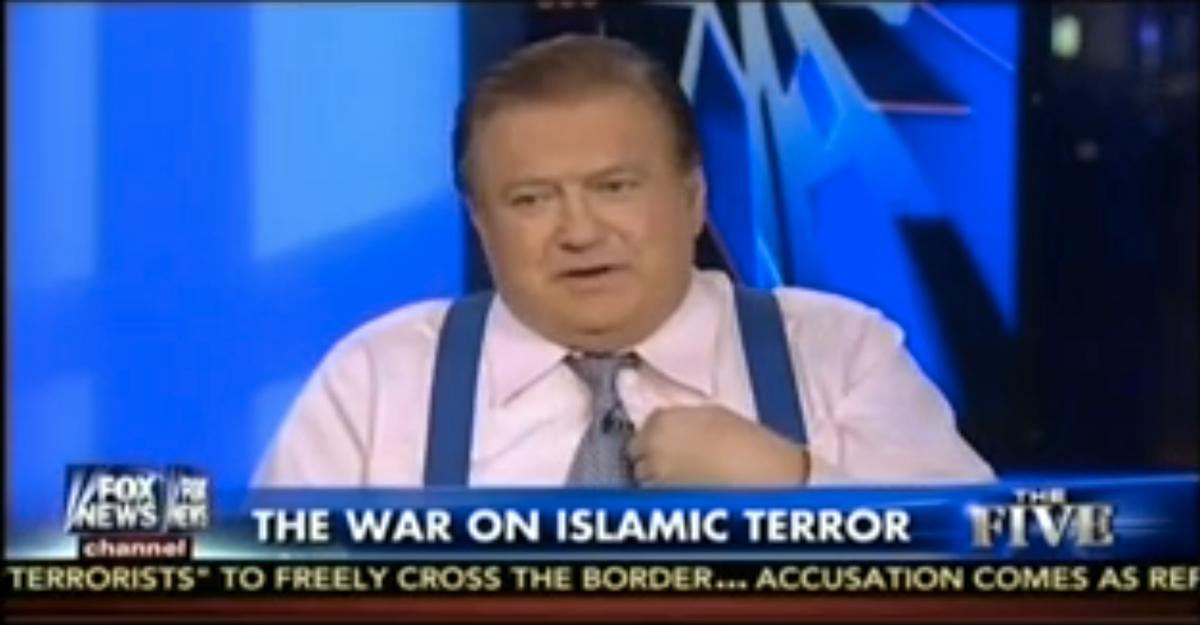 On Monday evening's edition of Fox News' "The Five," host Greg Gutfeld brought up something that he claims is even more insidiously harmful than terrorism: "the army of tolerance."

"It consists of a simpering band of cretins who fling this accusation of Islamophobia at everybody ," Gutfeld continued, on a rant that continues to make little sense to me. "So they say that if President Obama and his administration do not like to link Islam to terror, I'm with 'em. So if you say it's not Islamic terror, when we kill terrorists or I talk about terrorism or we talk about terrorists, it's not about Islam. You can't accuse me of Islamophobia anymore if it's not about Islam. Then, theoretically, even Muslims can join in in murdering these fake Muslims because they are fake, murderous Muslims. But if they don't, and if they can't condemn these terrorists then they, by that admission, are linking their religion."

"I just wrote a piece for USA Today," Bob Beckel croaked. "It said I'm an Islamophobe. That's right, you can call me that all you want."

His co-hosts burst into gleeful cackles.

"You're making us the enemy! We're the enemy because we're Islamophobes, apparently," he continued, earnestly confused.

Let's just imagine, for a second, that you are one of the more than one billion normal, peaceful Muslims in the world -- or specifically, one of the millions of Muslims living in this country. One of the top cable news channels has just endorsed prejudice against your entire religion because of the actions of a handful. In 2015, is it really acceptable for a national television personality to declare his own bigotry unchecked? Would an anchor who said he was racist or anti-semitic be allowed to keep his job for another moment? Beckel's comments are not receiving more pushback only because they are couched in the constant stream of inanity produced by his "The Five" co-hosts, and because there was nobody invited on the show to point out his grotesque prejudice. Fox News is trapped in an infinite reverb loop of Beckels and Gutfelds that is only growing louder and more hateful by the day -- can we really allow it to continue?